Some much-needed family time. Teresa Giudice will visit her husband, Joe Giudice, in prison along with their four daughters, Gia, 17, Gabriella, 14, Milania, 12, and Audriana, 9, prior to Christmas, an insider tells Us Weekly.

The Real Housewives of New Jersey star, 46, will then head home to celebrate the holidays with her family before jetting off on vacation, the insider adds.

Earlier this month, Teresa opened up about her lack of enthusiasm for the festivities without her husband. “I’m not all about the holidays since Joe is away and since my mom passed,” she told Us at Jingle Ball 2018 on December 7.

“I think we’re going to go to my brother’s on Christmas Eve. That’s what we did last year. We haven’t talked about it yet,” Teresa noted at the time, adding that she is “not as excited about the holidays anymore.” 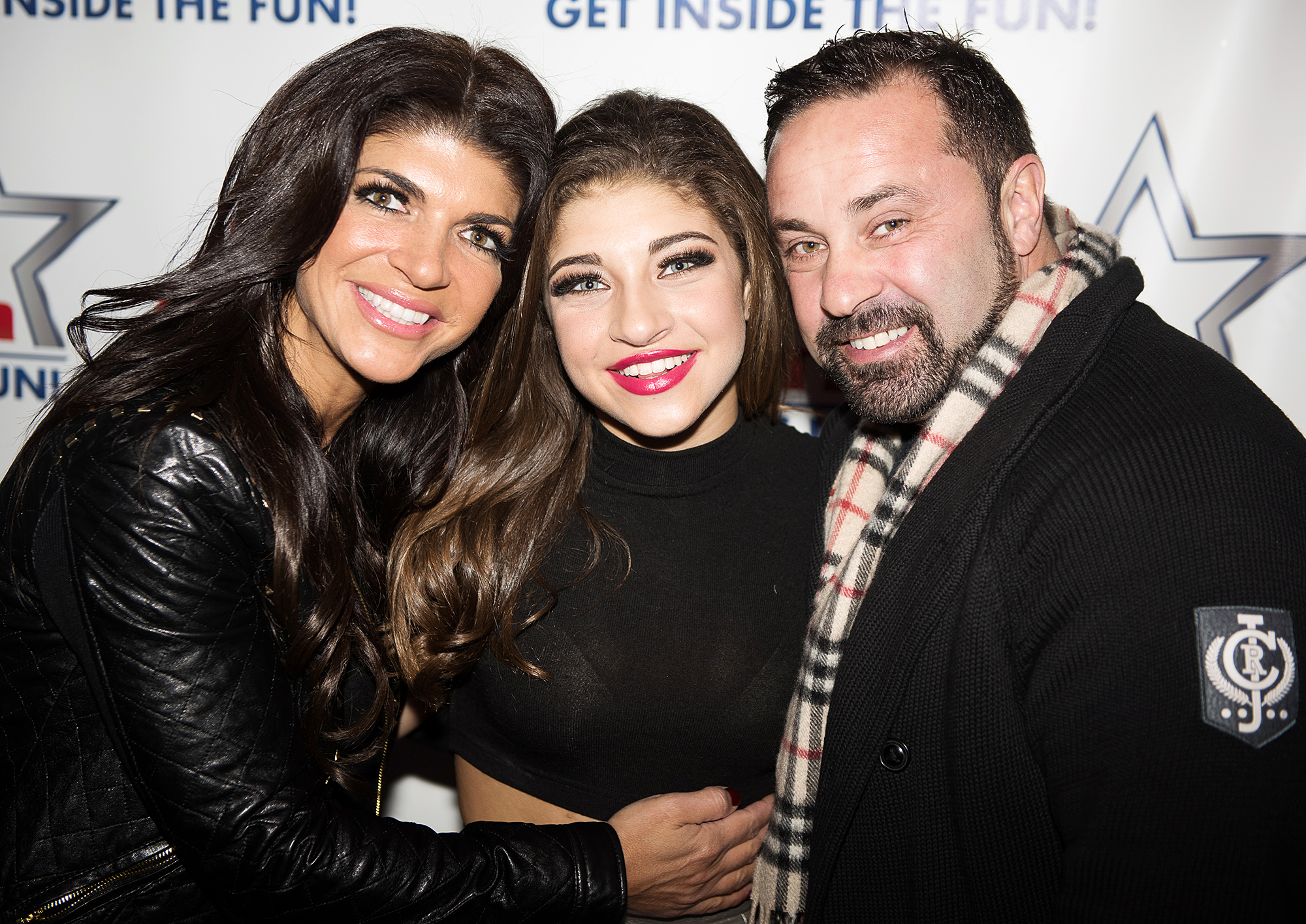 Joe, 46, is currently serving a 41-month prison sentence that began in March 2016 after he and the Standing Strong author pleaded guilty to 41 counts of fraud in 2014. Joe was ordered in October to deport to his native Italy. He filed an appeal in an attempt to circumvent the ruling the following month. (Teresa completed an 11-month prison sentence in 2015.)

Joe being away isn’t the only thing lingering on Teresa’s mind this holiday season. She also opened up to Us at Jingle Ball about her father’s October hospitalization for pneumonia and a hematoma and whether he’s well enough to celebrate with his brood.

“He just got home from the hospital,” Teresa explained. “We’re taking it slow. He’s still weak, and it’s going to take a long time for him to feel better.”

She added: “I take him to all his doctor’s appointments and I hang out with him, just being there for him. The girls give him lots of love, so that helps a lot, but yeah, he’s still very weak.”

Teresa and Joe have weathered divorce rumors throughout the legal trouble, however, the reality star revealed in October that she doesn’t have it on her mind.

“No. We’re going to be a family,” Teresa told Entertainment Tonight at the time. “We’re going to fight this and get through this.”