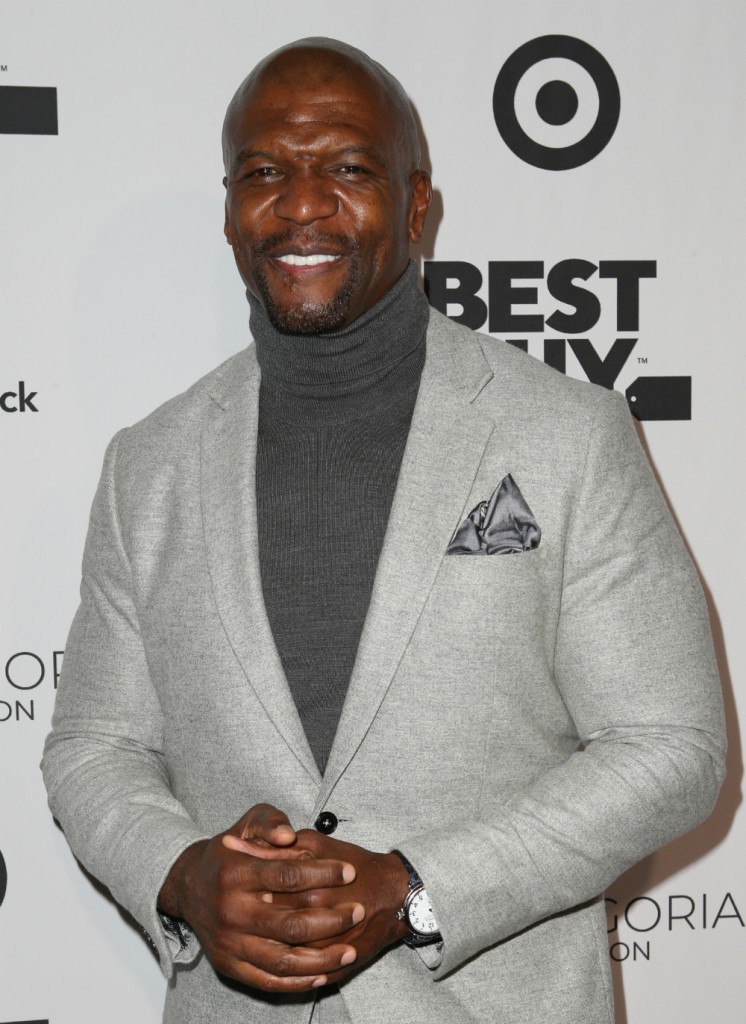 Terry Crews has been a big voice for the #MeToo movement. Terry was assaulted at a party by an agent at William Morris Endeavor. On the advice of his wife, Rebecca King-Crews, Terry refrained from physically confronting his assaulter and instead, spent the next year pursuing the matter legally and through the press. Obviously, the ordeal was taxing on Terry and his family, but he knew he had to do it that way because Terry knows too well what happens when the alpha male mentality takes over. Terry spoke at the Teen Vogue Summit about his past of toxic masculinity, how he’s learned to listen to the advice of others as well as the importance of apologizing.

Terry Crews opened up on Saturday about why he decided to reveal his molestation during the #MeToo movement last year and how he insisted on accountability for his alleged attacker.

At the “Man Up: Unpacking Masculinity” panel at the Teen Vogue Summit in Playa Vista, the actor spoke about toxic masculinity and why he needed to hold WME agent Adam Venit accountable after he allegedly molested Crews in 2016 by squeezing his genitals at a party.

“I think as men, what we need to do is to say, ‘We’re sorry.’ Then we need to concede, and then we need to be accountable,” Crews said. “The person who molested me in 2016, I had already forgiven him. That wasn’t the point. The point was like, ‘Wait, wait, you’re telling me you can just do it? You’re telling me, wait, it’s okay? You’re not going to do anything?’ He’s like, ‘No, I said I was sorry.’ I said, ‘But you’re not going to correct this? I’m giving you guys millions of dollars and you’re going to sit here and say, ‘Well, Terry, you’re less of a human being right now. Just a little bit less. Just say it.’ I’m, like, ‘I’m not saying that.’”

“It can’t go unsaid that the inspiration every step of the way was started by the women who came forward first,” Crews added.

The Brooklyn Nine-Nine actor said he was indoctrinated into toxic masculinity throughout his career in the NFL and in entertainment, so he also had to hold himself accountable.

“I’ve been involved in some of the most competitive, toxic environments you could probably ever be in. I mean, it’s really bad. But I was also a card-carrying member. I’m guilty,” Crews said. “Toxic masculinity wants you to do what I say. It’s domination. And I was part of that.

He continued: “The problem with this country is that the South has never conceded. It never said, ‘We lost.’ Never. And you will always have a problem without concession. Men need to concede. I, Terry Crews, had to concede. I had to say, ‘I got this wrong,’” he said while choking up. “‘I didn’t do it right.’ I had to correct. I had to make sure it’s not only apologies; it’s about accountability. I had to be accountable to my family, to my wife, to people that I did wrong in the past.”

“In regards to my experience just over the course of the last year, my support has been from black women … which was expected,” he said. The actor pointed to the hyper-masculine standards for black men, like when rapper 50 Cent posted on Instagram to mock Crews’ experience with sexual assault, doubting that Crews could be assaulted.

“The truth was, I understand where he was coming from,” Crews said. “If I would have picked [my attacker] up and threw him out the window, does that mean I wasn’t assaulted? I’m still assaulted. … The problem, this is the hard part, is that if I got assaulted, anyone could. And that’s not acceptable.”

[From The Hollywood Reporter]

Terry gives women the credit for fighting sexual assault. He knows how much attention his case has brought to the #MeToo movement and doesn’t take that responsibility lightly. It’s yet another example of how much Terry has evolved from his former mentality. He also spoke of how his outlook changed while raising his kids. Terry has children aged 11-32 and mentioned that his oldest daughter grew up in a very different household than his younger children. Although he’s made amends and I’m sure his children are proud of his evolution, I imagine his prior behavior weighs heavily on him.

Terry’s point about about our culture of not conceding really hit home for me. Both my husband and I were raised in households that rarely admitted they were wrong and it was the hardest pattern I’ve had to change. The first time my husband conceded to me on something, I was truly able to forgive him. So I adopted the same idea and it’s a struggle, but it’s so important. Almost everything I’ve learned about myself as an adult has stemmed from being able to admit when I’m wrong. I really appreciate Terry putting this all out there. He is such a champion.

Only five and a half weeks until Brooklyn Nine-Nine’s air date, y’all!

I could write an entire post about my love for this outfit! 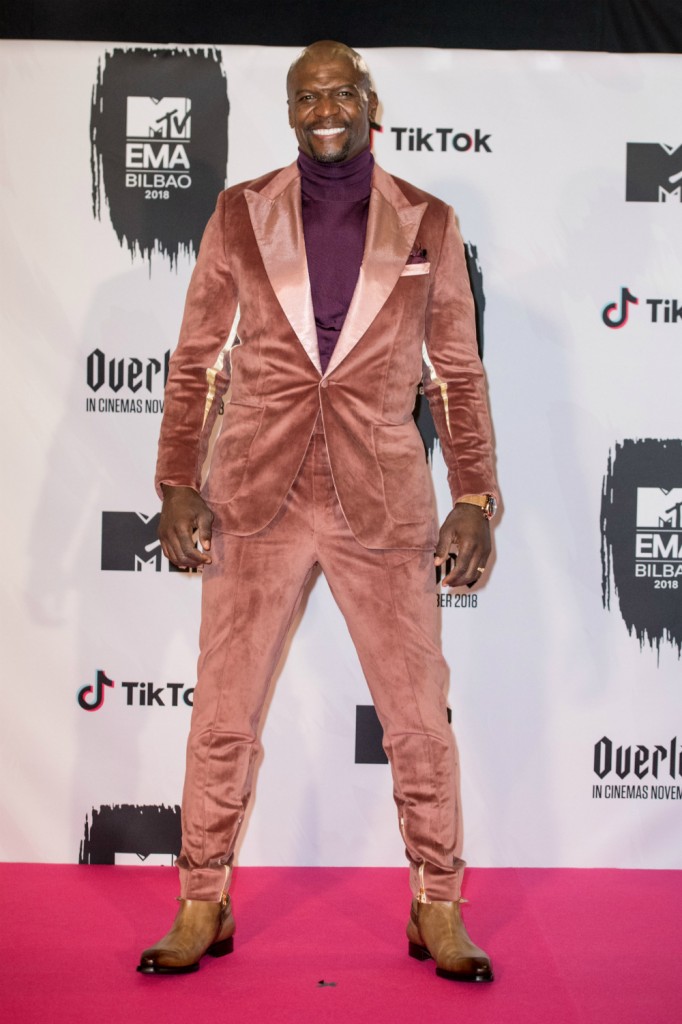 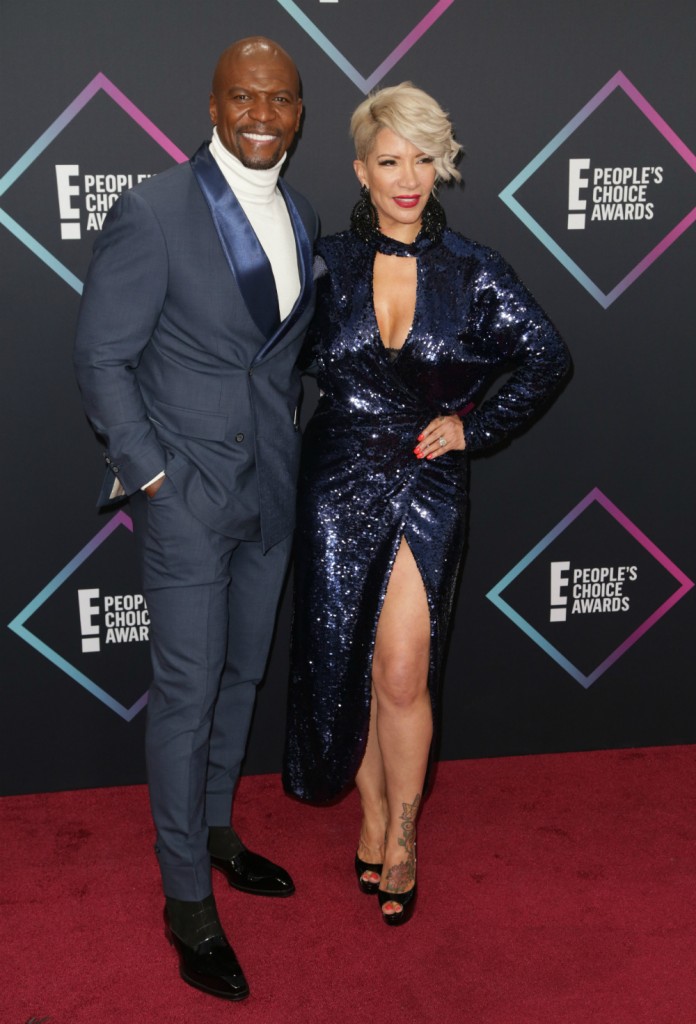 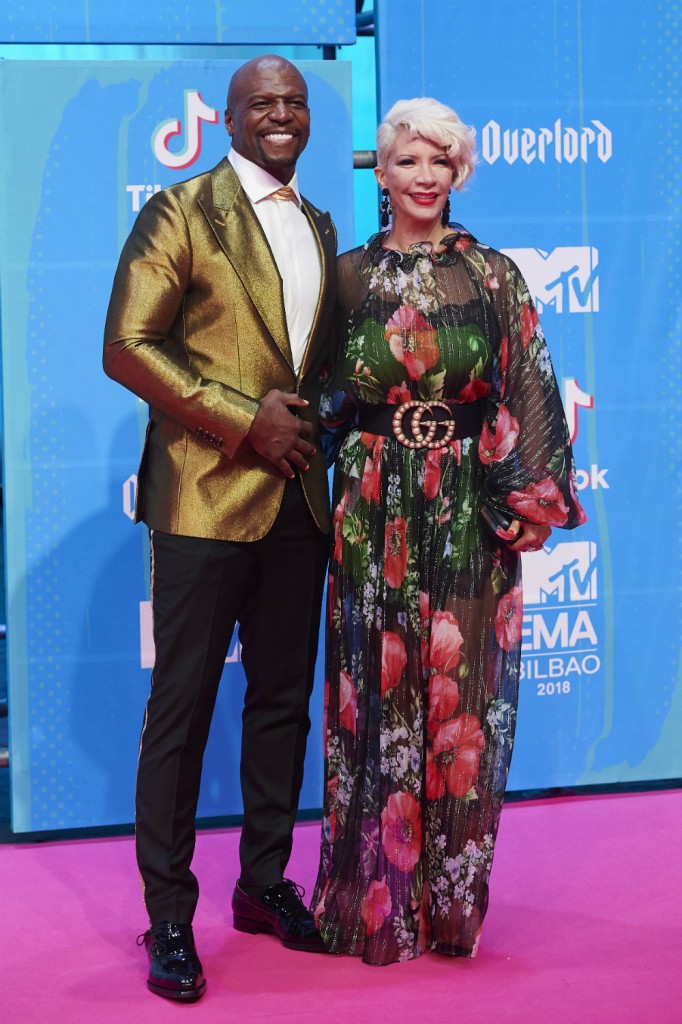