The Golden Girls’ Betty White is known for having an adoring relationship with the public and spotlight. They love her and she seems to love them just as much. But she once revealed there is one thing about being famous that she doesn’t like. What did she say is an “absolute nightmare” and something she wishes she could stay home for? 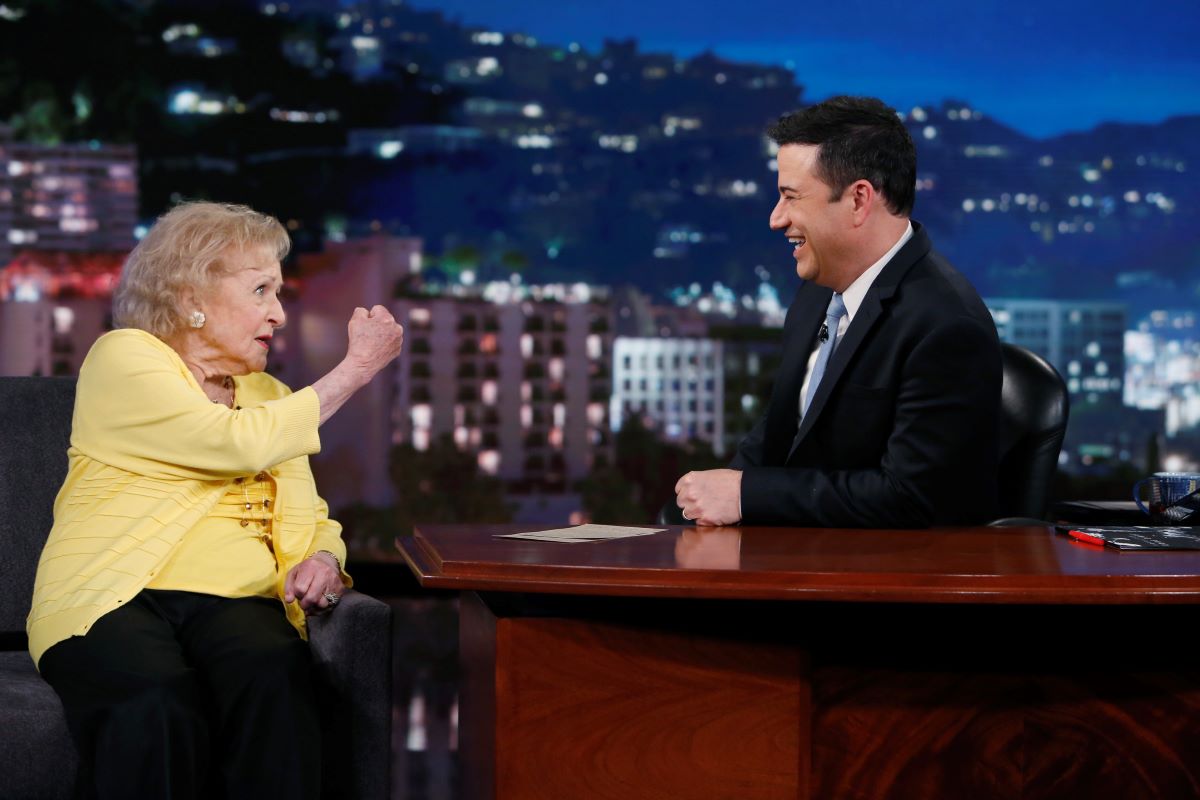 ‘The First Lady of Television’

Not many people know this, but PBS recognized White as “The First Lady of Television,” noting she has “officially the longest career in the history of TV.” For the record, that’s 80+ years.

And it’s not just that her career has been long. She’s been behind a few of TV’s most popular characters.

Fans of The Golden Girls know White as Rose Nylund — a lovably naïve widow who grew up on a farm in St. Olaf, Minnesota. But even before that, White was on popular television shows for much of the ‘70s and ‘80s – like The Mary Tyler Moore Show and Mama’s Family. In 2015, her last show, Hot in Cleveland, wrapped when she was 93.

So, with such an illustrious career, what did White say was the one thing she doesn’t like about fame?

This may be surprising to some fans, but White said she doesn’t like red-carpet events. In her book If You Ask Me (And of Course You Won’t), she writes, “If ever I’m asked if there’s something I don’t like, the answer is a resounding ‘yes’.”

However, White concludes the occasions are just a necessary part of the job. “You can’t resent it,” she says. “It’s a hazard one just has to get over.”

But she also writes, “I would rather go to the dentist for a root canal.” So, why does she dislike the events that much?

Betty White: ‘The lights are glaring and the noise is horrendous’

As for why she doesn’t like red-carpet events, White says in her book that it’s a bit overwhelming. “The lights are glaring and the noise is horrendous.” She adds, “When you’re the walkee, it can be an absolute nightmare.”

“You step out of the car and immediately you’re struck blind and deaf as you’re greeted by a line of photographers armed with flash cameras and microphone-wielding television reporters, three deep, all shouting at you,” she protests.

White describes to readers how “you tend to lose your balance” in all the commotion of it and “all of a sudden, you’re staggering.”

She describes the experiences as being so stupefying, she was sometimes sure people thought she was intoxicated. But just because she doesn’t enjoy them doesn’t mean she holds any ill will for anyone “trying to do their jobs.” So, she always tries to be “as polite as possible” while on the red carpet.

And there is something that White said makes the occasions better. “The red carpet is better with friends!” she promises. Since White’s centennial birthday is next year, it’s pretty safe to bet she’s likely put these “absolute nightmares” behind her.