Snitches get… pink slips? HGTV star Tarek El Moussa is once again making headlines. As reported by TMZ, following a “Flip or Flop” filming debacle wherein Tarek allegedly flipped out à la “Jerry Springer” on his ex-wife and the mother of his children, Christina Haack, he is now requesting that various crew members be nixed from the production of his new spinoff “Flipping 101.”

As you may recall, in mid-July of 2021, tensions came to a head between the dueling co-stars after Christina purportedly signaled to Tarek that it was time to begin filming. It’s alleged that Tarek did not take kindly to the gesture and immediately went on the defense, even comparing Christina to his current fiance, “Selling Sunset” reality star Heather Rae Young, and referring to Christina as a “washed-up loser,” per Page Six. Yikes. While the on-air spat was initially resolved by splitting the pair up and filming their scenes separately, they did eventually resume filming together. After all, the show must go on!

But what’s the real reason behind the television host’s latest demands? Keep reading after the jump to find out! 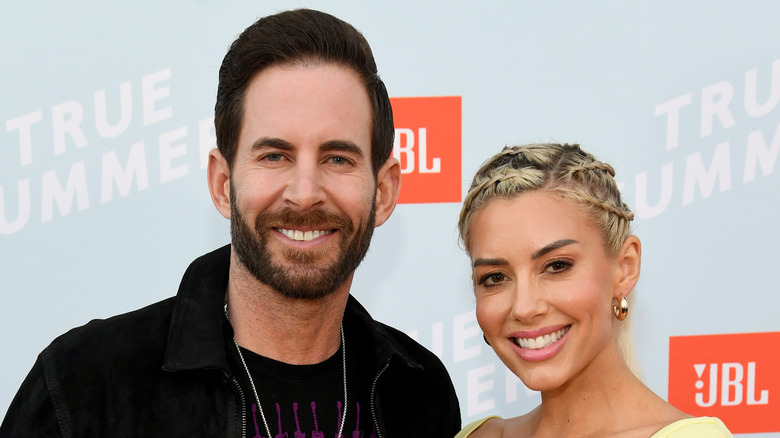 As the old adage goes, “loose lips sink ships,” and it appears “Flip or Flop” star Tarek El Moussa would tend to agree with that statement. It’s reported by TMZ that Tarek has asked that any and all crew members working on the day of his alleged verbal altercation with his co-star and co-parent, Christina Haack, be given the proverbial axe from his brand new spinoff “Flipping 101.” In short: Tarek doesn’t want any rats on his new set.

However, one source maintains that Tarek’s request has little to do with the previous altercation with Christina and much more to do with Tarek’s upcoming nuptials to his fiance Heather Rae Young. The source maintains that Tarek simply wants a crew that is happy for he and his soon to be wife and doesn’t want any details of their splendid affair getting leaked to the press prior to the big day — but we’ll let you be the judge of that.