Prince Harry and Meghan Markle keep surprising the world with each new move they make. Whether they’re giving a candid interview to Oprah Winfrey or putting out a statement on what’s going on in Afghanistan, there really hasn’t been a dull moment when it comes to these two! And while not every single thing that the Duke and Duchess of Sussex say and do has a negative impact on the royal family, many find themselves ominously wondering what, exactly, will come next.

Back on July 19, Harry revealed that he was penning his very own memoir. The announcement, which was made on the Archewell foundation website, instantly caused concern amongst royal experts, many of whom pointed out that Harry’s book could cause further damage and tension within the royal family. “A tell-all really means that repairing this rift is going to be a long way off. Harry’s actions do not speak for someone who wants to move on and forge a better future with his brother and his father, so is this going to heal the royal rift? I would say far from it,” royal expert Katie Nicholl told Entertainment Tonight.

And while the public may have its own concerns about Harry and Meghan’s next move, it sounds like the palace is also on guard. Keep reading to find out why. 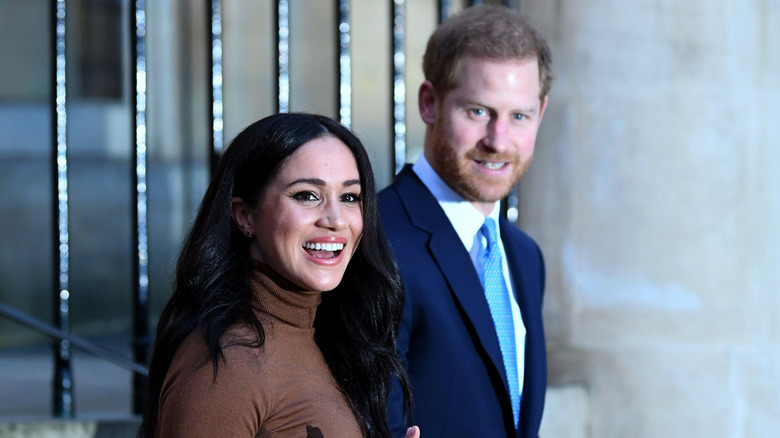 Royal expert Jonathan Sacerdoti told Us Weekly that he thinks that it “must be incredibly difficult to try and have those conversations [of reconciliation] because [the royals] must always be a bit worried about what Megan and Harry are going to reveal to the press or … in a new revised version of [“Finding Freedom”] or even in Prince Harry’s own book.” Sacerdoti went on to say that there’s “perhaps a nervousness on the part of the royal family to say too much and to make too great in efforts to reconcile, even though I’m sure that they’d want to, if only for PR purposes, never mind for family peace.” Sacerdoti appears to be suggesting that a reconciliation could help deter Harry and Meghan from revealing additional damaging information.

There seems to be little doubt that there are concerns amongst royal family members when it comes to Harry and Meghan’s next move. In fact, sources expressed this to Best Life, telling the outlet that the royal family is “scared” of what might be coming down the line for Harry and Meghan, on the heels of a report that the couple is set to embark on the next chapter of “visibility,” according to People magazine. While the duke and duchess are said to be “really excited” about what’s coming, it sounds like there is a lot of caution from across the pond.