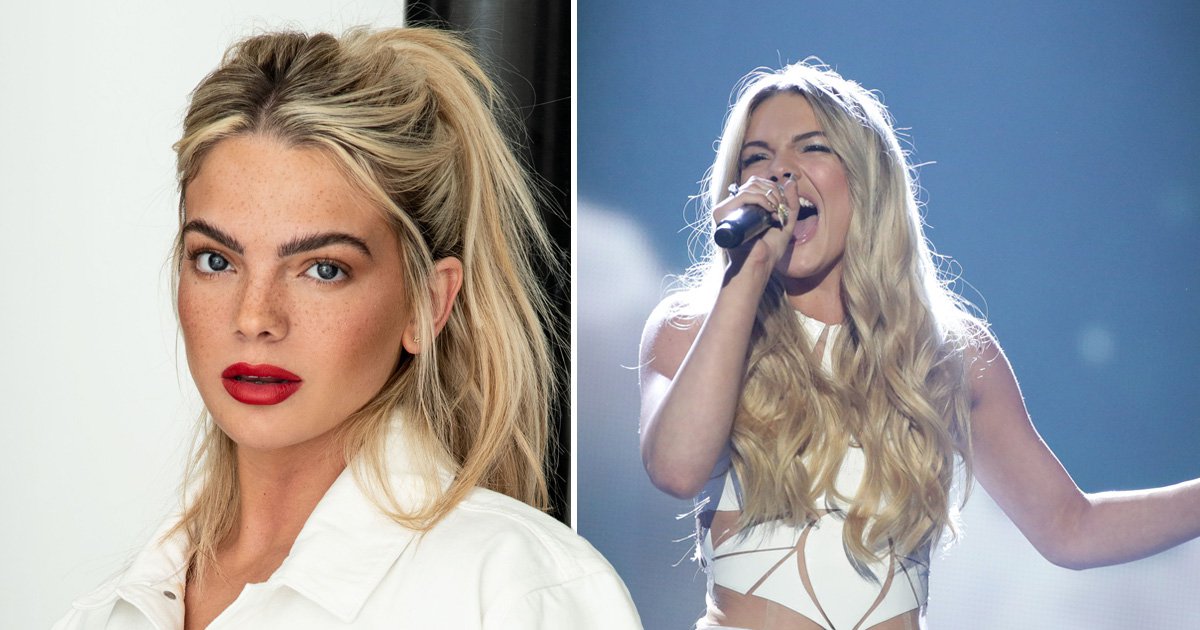 The X Factor star Louisa Johnson has revealed she was left depressed and with suicidal thoughts as she struggled to deal with fame after winning the competition as a teenager.

Louisa, now 23, was 17 years old when she won the singing competition in 2015, and explained she quickly fell into a cycle of depression and anxiety.

While she does not believe the show is the only reason for her going into a ‘dark place’, she claimed the stars of the series did not receive any mental health support from ITV.

She said they were also not warned or prepared about how to deal with life as a celebrity after appearing on the phenomenally popular show.

Louisa told The Sun she had been forced to enter treatment for her mental health this year around her 23rd birthday in January, and was treated for trauma, depression and anxiety.

‘I thought about taking my own life,’ she revealed, but said it was ‘an idea’ rather than a plan, ‘But that didn’t stop me thinking about it.’

She said her treatment helped her cope with ‘stressful, overwhelming and tough’ moments.

Speaking about her time on The X Factor, which once pulled in 20 million viewers but was axed by ITV this year, Louisa admits she ‘could have had more support professionally’.

‘We had no support from the show for our mental health and no one sat me down and talked to me about what life would be like.’

While it ‘would have been great to have had therapy after’, she is adamant that she ‘wouldn’t change anything’ as ‘it’s all part of my journey’.

Louisa reflected on the whirlwind year following her being crowned the winner of The X Factor, and said she began struggling with depression immediately.

She was ‘disassociated and numb’, ‘didn’t care about anything’, and began suffering from panic attacks, eventually being diagnosed with PTSD.

Thankfully however, the singer revealed that since starting therapy and attending rehab, she hasn’t suffered from a single panic attack.

Louisa won the 12th series of The X Factor in 2015, and previously described the experience as ‘f***ed up’.

‘It was like my whole body went into overdrive and I was living on adrenaline. I don’t remember anything. I just remember it not being that good, to be honest.’

‘The whole time for me was just the most weird, amazing, crazy, f****d-up experience I’ve ever been involved with in my entire life.’

Louisa is far from the only former X Factor contestant who has spoken out about the lack of support from the show: Little Mix’s Jade Thirlwall is among those who called for ITV bosses to ‘do more’ to support contestants’ mental health.

Jade was crowned the winner of the ITV singing competition in 2011, alongside then-bandmates Jesy Nelson, Leigh-Anne Pinnock and Perrie Edwards.

The singer spoke to Metro.co.uk in 2019 where she admitted the fame was ‘a lot to handle’.

‘Maybe there could be a bit more in place for mental health’, she said. ‘We all have suffered in one way. It’s a tough one but a bit more could be done about it.’

In February of this year, former X Factor contestant Lucy Spraggan claimed the show had ‘a lot to answer for’ after recalling there was ‘no offer of support for mental health’.

In a statement sent to Metro.co.uk at the time, an X Factor spokesperson said: ‘The duty of care to our contestants is of the utmost importance to us. We take welfare very seriously.’

Metro.co.uk has reached out to Thames TV and ITV for comment.