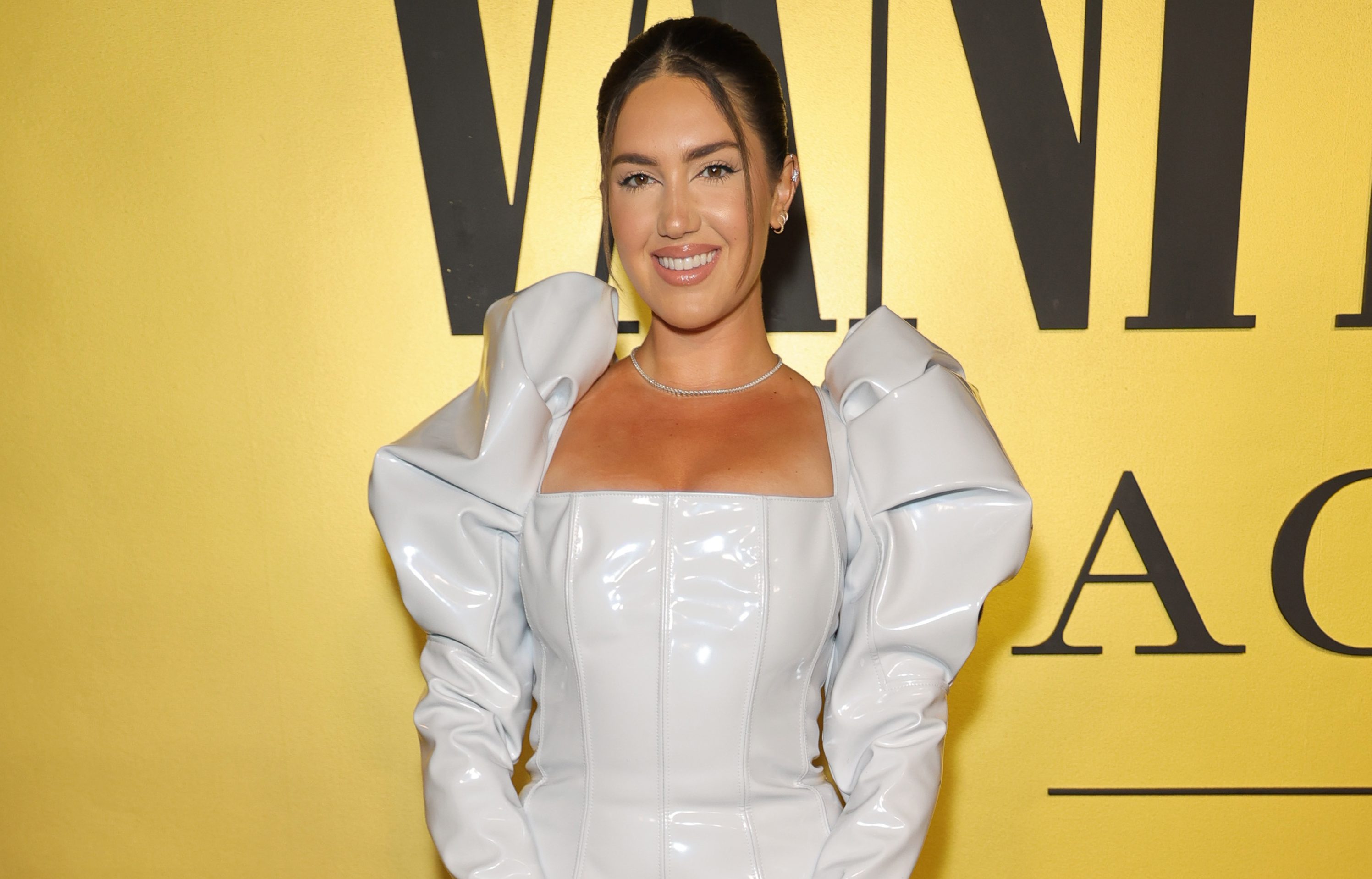 TikTok star Tinx has issued a lengthy apology after past scathing tweets emerged, in which she slammed Kim Kardashian and Tori Spelling.

The 31-year-old, real name Christina Najjar, came under fire after the posts resurfaced, including one where she described Kim as ‘so fat’, and questioned the decision behind her 2014 Vogue Magazine cover.

She also branded Tori ‘really ugly and pathetic’ in another post – all of which have since been deleted.

Taking to Instagram after her previous messages remerged, Tinx shared a lengthy apology, insisting that she was ‘extremely lost’ at the time.

‘I always say if you’re not cringing at yourself a year ago you aren’t growing. I’m more than cringing / I’m beyond embarrassed and I want to take accountability,’ she began.

‘Guys I f**ked up and I’m going to own it and be direct with you. I really needed to be deliberate about what I wanted to say so this wasn’t just a reaction.

‘About 10 years ago I sent some truly nasty, mean, horrible tweets. I called people that I had never met fat, pathetic, and ugly. I even called Kim Kardashian fat which is or ionic considering she is my number one idol and person I look up to.

‘When I read the tweets back I am ashamed and embarrassed. They are mean spirited and I am not mean spirited – but I used to be. Let me tell you about the girl who wrote those tweets. I was 21 and deeply, deeply insecure. I hated myself and had a bad relationship with my body.’

‘I was also extremely lost,’ she continued. ‘I’ve told you guys about that before. About being so lost and wanting to find a passion and wanting to find my voice. So I tried on many hats, one of which was mean tweeter to get a laugh. And it’s not funny at all.

‘Hurt people hurt people and I know my words caused hurt,’ she concluded the post. ‘If you’ve been following me for even a little bit, you know that they are not representative of who I am.

Tinx currently boasts 1.5million TikTok followers, 479k Instagram fans and 8,599 followers on her Twitter page – and is verified on all platforms.

In a now-deleted post from 2012, she penned: ‘Kim Kardashian is so fat I don’t know what to do with myself #oops.’

In that same year, she penned: ‘Who is Tori Spelling? She seems really ugly and pathetic.’

Fans were divided over the posts, with many ready to accept Tinx’s response over the tweets in question.

‘Love you and am so incredibly impressed with the woman you have become,’ a follower said in the comments below the apology.

‘Like I told you… imagine if everyone was judged by the worst thing they’d ever said? Everyone would be embarrassed. You are not defined by your 21 year old self, Chin up! Love you so much,’ another agreed.

‘We see your heart and soul. Mistakes don’t define you, they build you. Here’s another example of what a badass you are! Thank you for inspiring us to take responsibility for our actions,’ one replied.

However, others questioned posts she had liked regarding Covid and the pandemic, with a commenter stating: ‘So you’re standing by your s**t from 2020 gotta gooooo [sic].’

‘What about the stuff from less than 2 years ago though,’ an Instagram user asked.

Tinx has yet to address the reaction to her apology and has not been active on social media since sharing the statement.