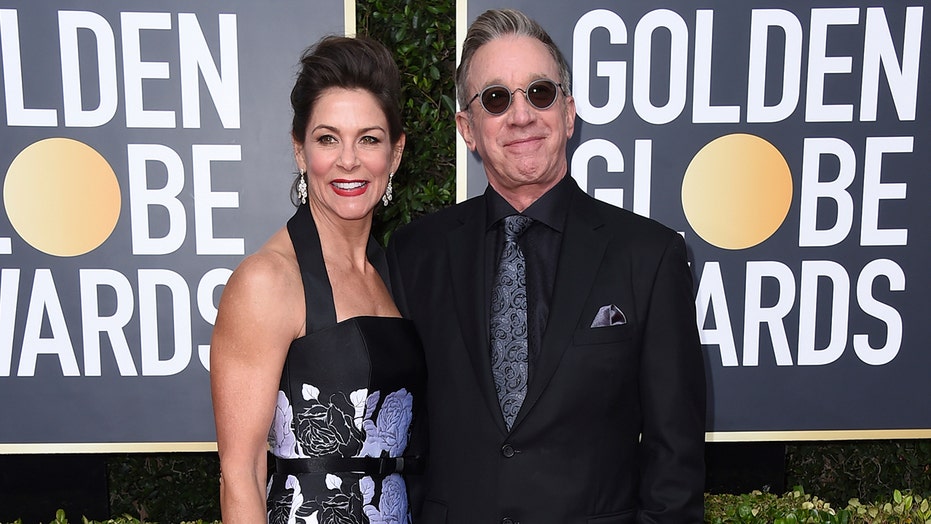 Tim Allen arrived at the 77th annual Golden Globe Awards along with his wife, Jane Hajduk, after controversial host, Ricky Gervais, revealed that he regrets a past dig at the TV star.

Allen sported a dark suit and tie along with some small round black sunglasses on the Beverly Hills Calif. red carpet. Hajduk, meanwhile, wore a black and white dress with floral accents at the torso.

Allen’s series, “Last Man Standing,” was not nominated for a Globe this season. However, his movie “Toy Story 4,” where he plays Buzz Lightyear, is up for the accolade of best-animated motion picture. The 66-year-old is no stranger to the award show as he was nominated for his hit sitcom "Home Improvement" five times in the past. He won the award for best actor in a musical or comedy for his part as Tim Taylor in 1995. 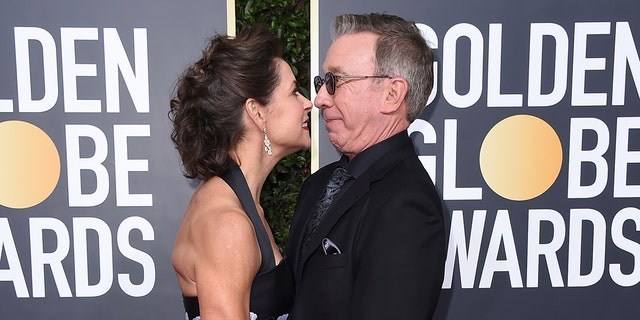 Allen’s presence at the Golden Globes may act as a moment of redemption for Gervais, who recently explained to The Hollywood Reporter that the only celebrity jab he regrets in his four previous hosting gigs was directed at Allen.

Gervais explained that he regrets a dig he made at the star during the 2011 show.

“Because I think he took it wrong,” Gervais, 58, revealed. “The joke was him and Tom Hanks. So I came out and said, ‘Our next two presenters, the first has won five Oscars, combined box office of five billion dollars. And the other, Tim Allen.’ Right? It's a fine joke. I'm teasing Tim Allen. But anyone standing next to Tom Hanks, unless it's Dustin Hoffman or Robert Redford or Robert De Niro, that could be me. But it happened to be Tim Allen.”

He continued: “I have nothing against Tim Allen. He's a good actor. He's probably a nice bloke. So even though there's no malice and I can justify it comedically and everyone laughed, I didn't want Tim Allen to think, ‘Oh, that was written for me. Why me?’ Well, because you were standing next to Tom Hanks.”