Tori Spelling has fans totally perplexed, posting a photo showing her ‘baby belly’ and saying she was expecting her sixth child, despite it being April Fool’s Day.

April Fool’s Day is NOT the time to announce a pregnancy. For Tori Spelling, the 47-year-old left fans wondering if she was actually expecting baby number six when she shared an Instagram photo on Apr. 1 with her hands cradling the top and bottom of what appeared to be a sizable baby bump. She was seen naked from the chest town with a taped “X” over her privates on the photo, while sporting a colorful floral robe and a white halter pulled up over her bare tummy.

Tori had a serene look on her face as she gazed downward, and got highly glammed up for the photo. She was seen with perfectly coiffed long blonde curls and full camera-ready makeup. It was in her caption where she seemed to confirm her sixth child is on the way, as she only had “No. 6” written to explain the photo.

On any other day of the year, her “pregnancy announcement” would have had all of her fans cheering about the newest addition to her family with husband Dean McDermott, 54. But many fans noted the date and let Tori know that pregnancy is not something to do a practical joke about, especially as so many couples have trouble conceiving.

User @nic_mcallister told Tori, “I really hope you aren’t using a pregnancy as an April fools joke considering there are so many women out there who wish they could have just one child. You have been blessed with 5, please have compassion and empathy. This is nothing to joke about!” while @nani201981 commented, “If it’s an april fools joke it is utterly distasteful for all those women who suffer miscarriages.” 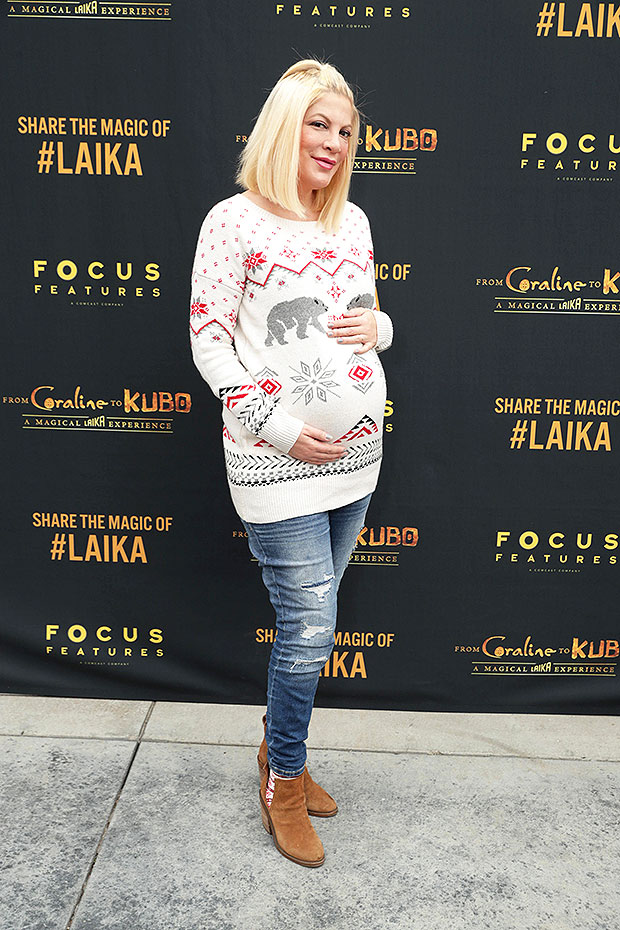 Fan @skinnerelise told the BH90210 actress, “If this is an April fools shame on you. Pregnancy is not a practical joke!” as @skylersw84 wrote, “If this is an April’s fools joke, it’s really tone deaf and insensitive to the millions of women who struggle with infertility or who’ve had a miscarriage.” User lorlou2427 noted how “hurtful” the post could be, writing, “I hope this isn’t a April fools joke. Many many woman can’t conceive and this is hurtful.”

Tori has already been blessed with five healthy children. She and Dean are parents to Liam, 14, Stella, 12, Hattie, 9, Finn, 8, and Beau, 4. So it is understandable why fans would point out how distasteful it would be to claim she was pregnant with a sixth child, when so many couples struggle with infertility or loss. So far Tori hasn’t commented on if this was an April Fool’s prank, and HollywoodLife.com has reached out to her reps to confirm if she’s actually pregnant. It’s worth noting the day prior on March 31, Tori posted an IG video of herself going to Dr. Simon Ourian‘s Epione skin care clinic in Beverly Hills and she had no bump, wearing a cute polka dotted dress with a belt showing her slim waist and flat tummy.