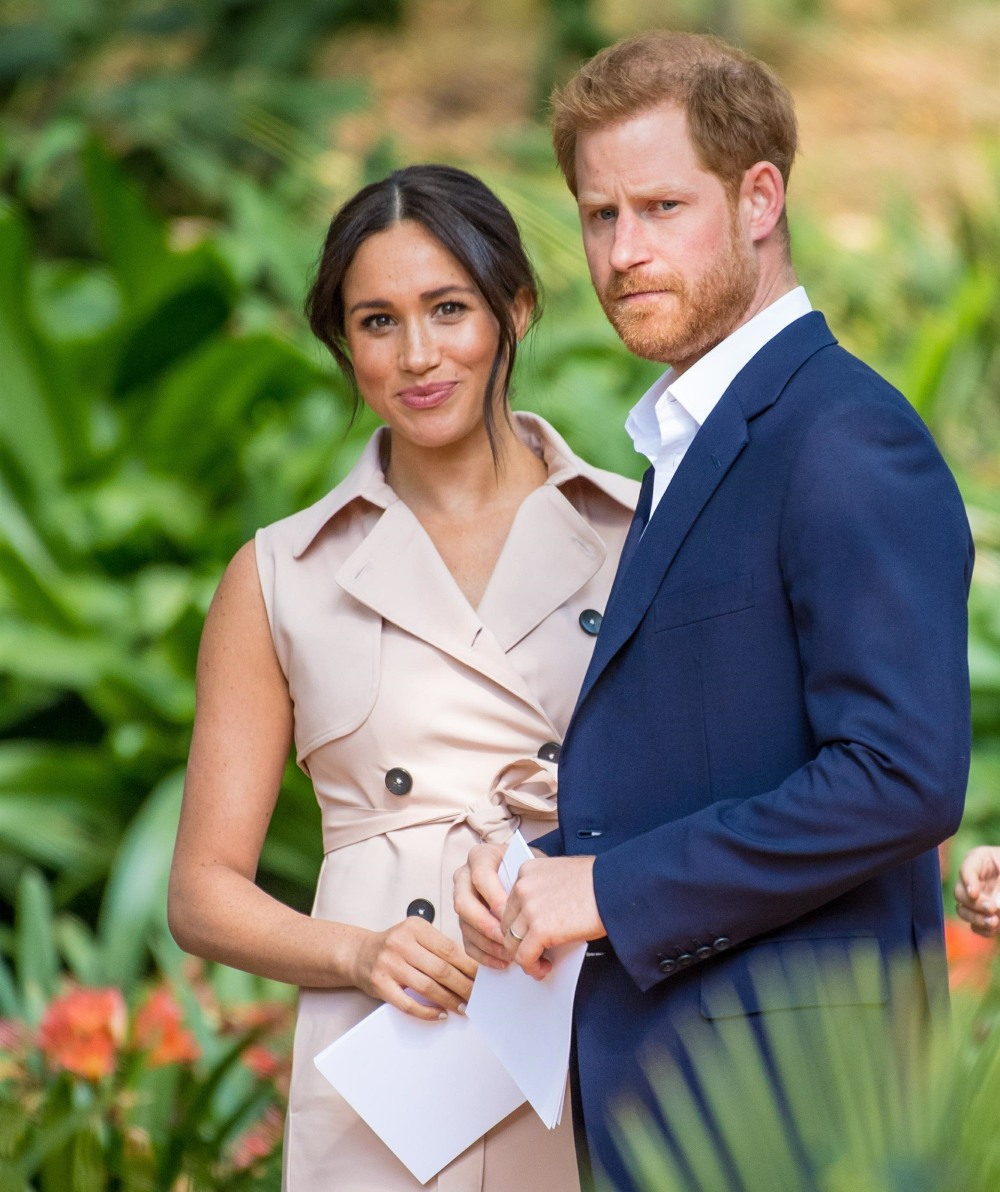 Months ago, there were stories about British paparazzi coming into LA specifically to work the Sussex beat. There were also stories about each British tabloid wanting their own independently-contracted paparazzo on the Sussex beat. My point is that the British tabloids were willing to spend a lot of money to keep harassing the Duke and Duchess of Sussex, and to make their lives miserable. The paparazzi already flew drones over Tyler Perry’s mansion and cut holes in the fence and more. Which is one of the reasons why I’ve been worried about the Sussexes’ move to Montecito, a quiet, mostly-pap-free enclave for the rich and famous. Huge celebrities have homes in the area, but it’s different for Harry and Meghan. They just have a different kind of target on their backs. And wouldn’t you know, the paps are already causing drama:

Here’s what Montecito residents are finding out about their new neighbors, Prince Harry and Meghan Markle … wherever they go, tourists, helicopters and paparazzi follow. The quiet little town outside Santa Barbara is still buzzing about its newest residents, who moved into a multi-million dollar mansion, but some locals are already getting fed up with the area’s new normal. Harry and Meghan haven’t even been seen in public, and their mere presence is driving folks wild … not because of them, but because of the influx of paparazzi on the hunt for the shot.

The scene on the ground is pretty hectic, especially for an affluent area that’s supposed to be an enclave for celebs looking to escape the limelight … choppers are zooming over Harry and Meghan’s hood, sometimes 4 times a day, and paps are staking out their home and a nearby shopping center. The wayward royals are also attracting tourists … we’re told more visitors are showing up in town and asking local shop owners if they’ve seen Harry and Meghan.

Montecito is famously known as a no-paparazzi zone — Ellen DeGeneres, Oprah, Rob Lowe, Carol Burnett, Jane Lynch and the Kardashians have no problem dining out and shopping in on the low — but everything’s changed since the Duke and Duchess of Sussex moved in. Most locals tell us they want the paps to give it a rest, because they feel things are getting to the point where everyone’s privacy is being compromised, and they’re super annoyed.

Locals are bracing for the worst … they’re expecting Harry and Meghan to finally venture out after the pandemic, which they fear will amp things up in a big way.

I mean, this was going to be true no matter where they lived. If they moved to Manhattan, it would be a madhouse outside of their apartment building or townhouse. If they moved to the Hamptons, there would be mad beach scenes. And on and on. Once again, I feel like this is more Harry’s thing, this is his idea of “protecting” his family – he thought he could move them out of LA, move them to a ritzy, private enclave and maybe that would work. But it probably won’t. I hope H&M’s neighbors don’t blame them, because you know many of those neighbors are bitchy old-money types who think all of this sh-t is gauche.

We were thrilled to have The Duke and Duchess of Sussex join our team last week for a back to school distribution, spending time with students returning to remote learning due to COVID-19. Thank you for putting smiles on the faces of the children and families we serve and helping us provide the supplies, basic hygiene and clothing every child deserves.

We were thrilled to have The Duke and Duchess of Sussex join our team last week for a back to school distribution, spending time with students returning to remote learning due to COVID-19. Thank you for putting smiles on the faces of the children and families we serve and helping us provide the supplies, basic hygiene and clothing every child deserves.