The president told an Asian American CBS reporter to “ask China” her question, refused to let a CNN reporter ask her questions and then abruptly walked out of the briefing 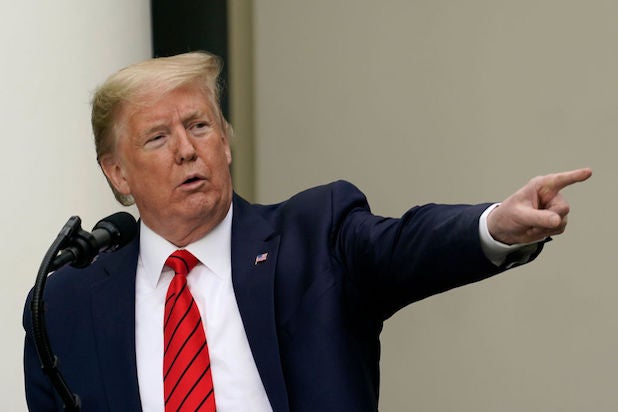 President Donald Trump abruptly walked out of his own coronavirus briefing on Monday, refusing to answer any more questions, after a tense exchange with CBS’ Weijia Jiang and CNN’s Kaitlan Collins.

During the Q&A portion of the press conference, Jiang asked Trump why testing in the U.S. was akin to a “global competition” for the president.

“You’ve said many times that the U.S. is doing far better than any other country when it comes to testing. Why does that matter? Why is this a global competition to you if every day Americans are still losing their lives and we’re still seeing more cases every day?” Jiang asked.

“Well, they’re losing their lives everywhere in the world. And maybe that’s a question you should ask China. Don’t ask me, ask China that question. When you ask them that question, you might get a very unusual question,” Trump said before pointing to a reporter behind Jiang.

Before another question was asked, Jiang — who is Asian American — asked Trump why he “specifically” told her to “ask China.”

“I’m not saying it specifically to anybody. I’m saying it to anybody that would ask a nasty question,” the president said.

“That’s not a nasty question. Why does it matter?” Jiang responded.

The president refused to answer Jiang’s follow-up and pointed to a reporter “in the back” to ask their question next.

“But you pointed to me. I have two questions, Mr. President,” Collins continued. The president refused to let the CNN reporter ask her questions and claimed that he was moving on because she “didn’t respond” when he first called on her.

“I just wanted to let my colleague finish,” Collins said, referring to Jiang. Trump then refused to take any more questions from the White House reporters and abruptly left the stage.

Watch the exchange below: