Former president’s account, which had 2.8 million subscribers, has been down since Jan. 12 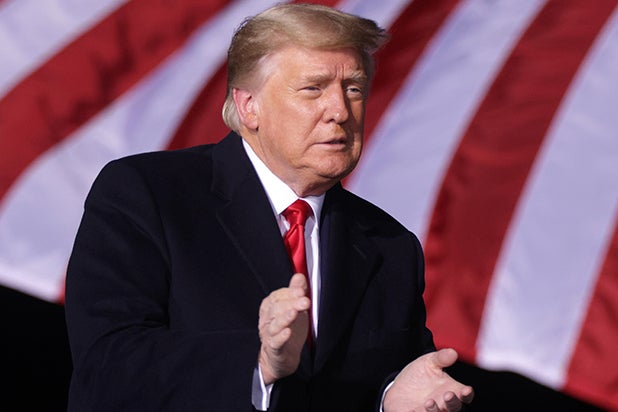 YouTube CEO Susan Wojcicki said on Thursday that former President Donald Trump can return to the internet’s biggest video site when the “risk of violence has decreased.”

Wojcicki’s comment, which was made at an event hosted by the Atlantic Council, was first reported by CNBC.

“I do want to confirm that we will lift the suspension of the channel… when we determine that the risk of violence has decreased,” Wojcicki said, per CNBC. “Where we stand today, it’s hard for me to say when that’s going to be. But it’s pretty clear right now where we stand that there still is elevated risk of violence.”

It’s unclear what signals or markers YouTube will use to decide when it’s OK for Trump’s account to be reinstated. A rep for the company did not immediately respond to TheWrap’s request for comment.

Trump’s YouTube account was suspended on Jan. 12, less than a week after mobs of his supporters stormed the U.S. Capitol. His indefinite ban from YouTube was initially set to last one week, but the company later decided to extend the suspension due to the “ongoing potential for violence.” Trump’s YouTube account had nearly 2.8 million subscribers at the time of his suspension.

YouTube wasn’t the only tech giant to crack down on the ex-commander-in-chief. Facebook implemented its own indefinite suspension against Trump on Jan. 7, with founder and CEO Mark Zuckerberg saying, “We believe the risks of allowing [Trump] to continue to use our service during this period are simply too great.” Twitter went even further, permanently banning Trump from its service on Jan. 8.