Tyra Banks addressed the controversy surrounding Lori Loughlin’s daughter appearing as a contestant in the new season of ‘Dancing With The Stars.’

Dancing With The Stars host Tyra Banks came to Olivia Jade’s defense in a new interview with Entertainment Tonight, published on Wednesday September 15, ahead of season 30 premiere of the reality competition! The 47-year-old model and TV personality explained that audiences that only know Olivia from the college admissions scandal, and she thinks that DWTS is the perfect place for the 21-year-old YouTuber to provide a more full-look into the controversy from her point-of-view.

Olivia made headlines in 2019, when her mom Lori Loughlin and dad Mossimo Giannulli were arrested and later sentenced due to their alleged involvement in a scandal to bribe college officials. The America’s Next Top Model creator explained that she believed that Olivia didn’t know anything about her parents’ involvement with the scandal. “She has said that she did not know about what was going on and it’s really sad, and it’s very hurtful when something publicly happens but you had nothing to do with it. So I trust that she says she didn’t know,” Tyra told ET. “She is having to deal with that and I think she’s coming to Dancing With the Stars to be able to tell her story and show her vulnerability.” 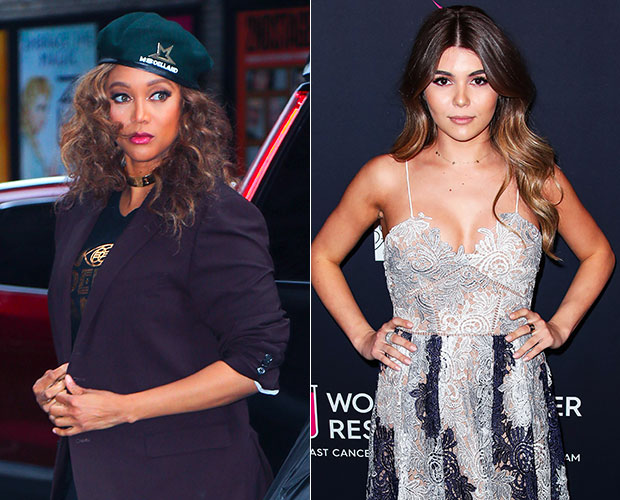 Shortly after the announcement, Olivia revealed that her Full House-star mom had been a major supporter of hers before the reality competition begins. The star had told reporters, including HollywoodLife, that she was looking forward to taking part in the series. “I think about a few years ago and knowing that this was very far-fetched and not really in the cards, so I’m super, super thankful for a second chance and to be out there and putting myself out there and just growing,” she said.

Olivia also looked forward to taking on a new experience, unlike she’d ever had, by doing DWTS. “I’m really excited to challenge myself and put myself outside of my comfort zone, which I don’t do often. It kind of just all happened, and I’m just letting the universe take over and see what happens and just live in it day by day,” she said.