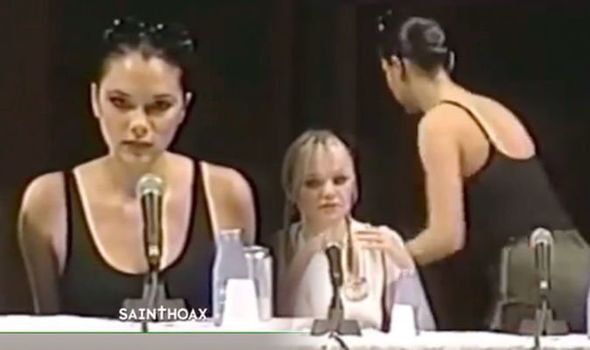 Victoria Beckham took to Instagram last night to address a meme which is circulating on social media. The hilarious clip captures the 46-year-old former pop star alongside her Spice Girls band mates during a press conference in the late 1990s.

Young Victoria had her hair swept away from her face and sported a black vest top and khaki trousers in the short clip.

As the camera pans along the table, the singer can be seen with a strained expression on her face.

At one point, she can then be seen putting her head in her hands before walking off stage. 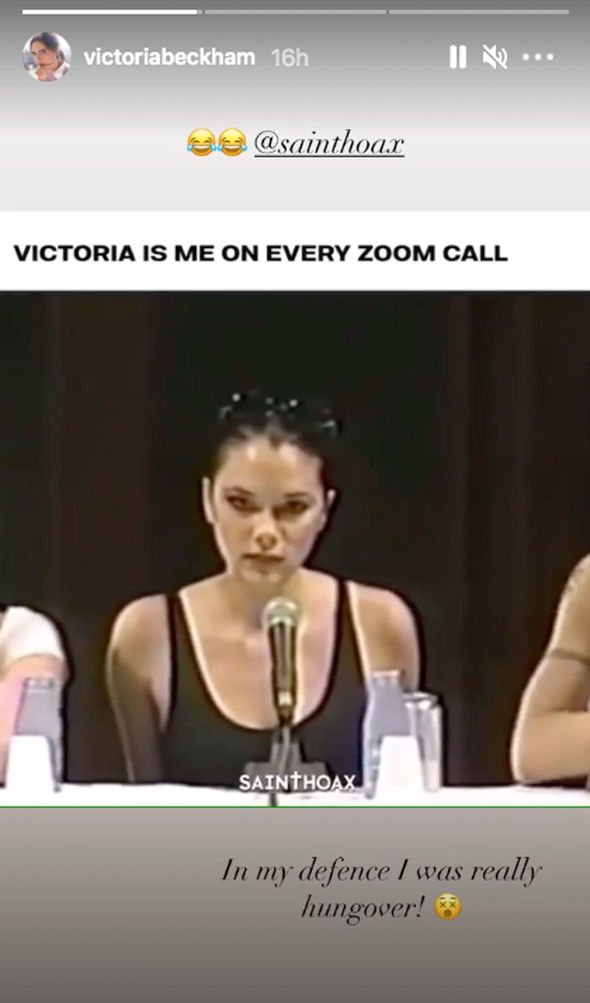 The meme reads: “Victoria is me on every Zoom call.”

Sharing the video with her 28.8 million followers, the fashion designer admitted that she was not feeling well on that particular day.

Victoria, who would have been in her early 20s at the time, said she was a little bit “hungover”.

“In my defence I was really hungover!” she captioned the post on her Story. 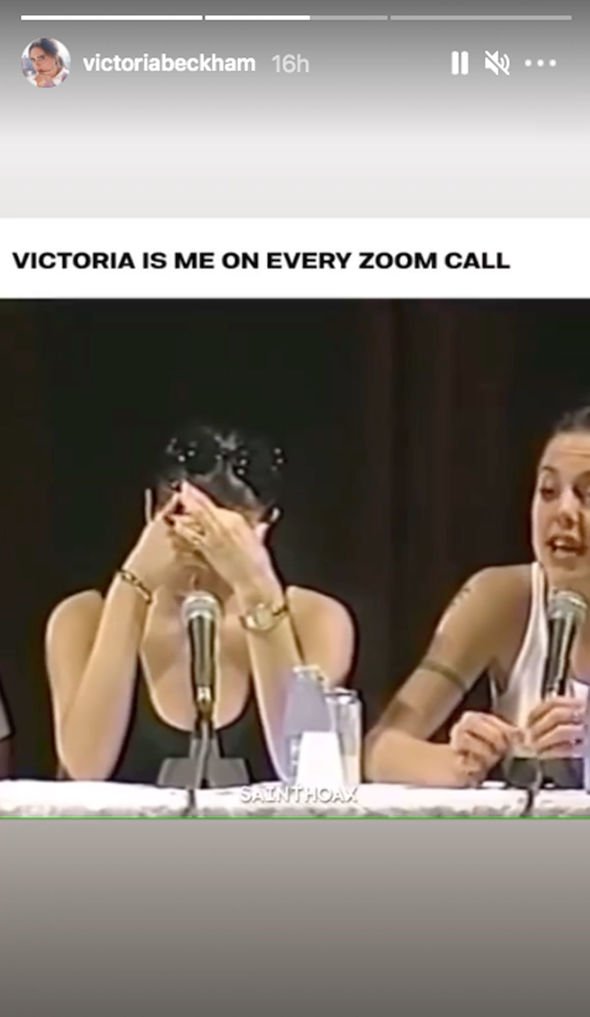 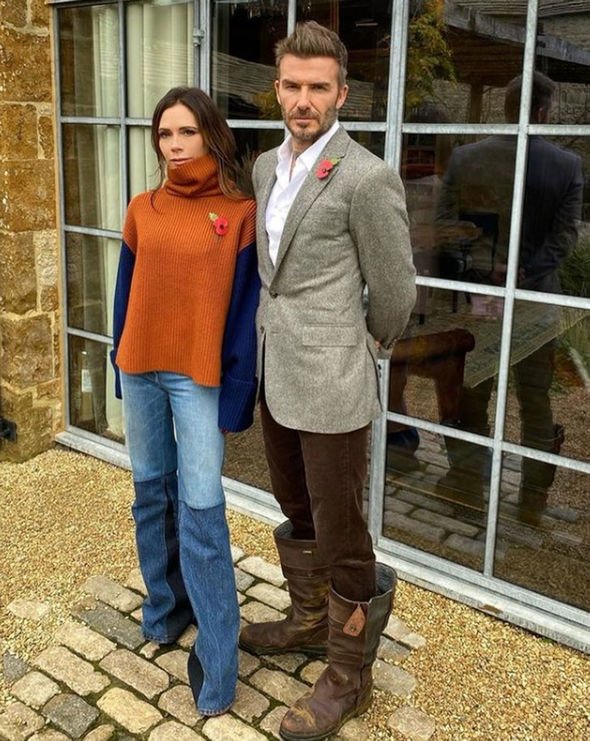 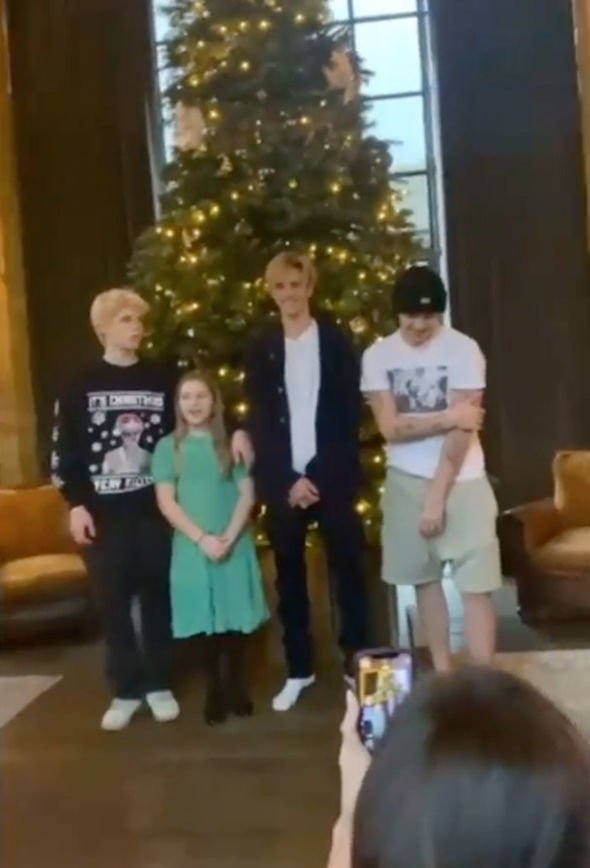 “She was always ahead of her time,” the caption amusingly read.

Many took to the comments section to share their thoughts, with some believing that the star was pregnant with her first son Brooklyn at the time and possibly had morning sickness.

“She was preggo!” one person wrote online, before being corrected.

“She was either pregnant or hungover,” another social media user added.

“I was going to say she looks hungover as hell, then I saw that she actually was hungover.”

“Oh I have been there. I know that look!” a fourth follower added.

Thankfully, Victoria set the record straight about the throwback clip.

Ahead of the festive season, the mum-of-four and her family headed to the UK’s version of lapland to get into the mood for Christmas.

She posted a picture of her husband David Beckham visiting Father Christmas at the event online shortly after their day out.

The previous day, she had attempted to get a picture of all of her children in front of their Christmas tree at home.

After trying and failing to get a photo of Brooklyn, 21, Romeo, 18, Cruz, 15, and Harper, nine, by the decorations, Victoria posted a behind-the-scenes video of their attempt at a family picture.

“The making of…” she captioned the footage, before adding “Never work with kids or animals!!”

In the clip the foursome can be seen trying to get their pet dogs to get involved.