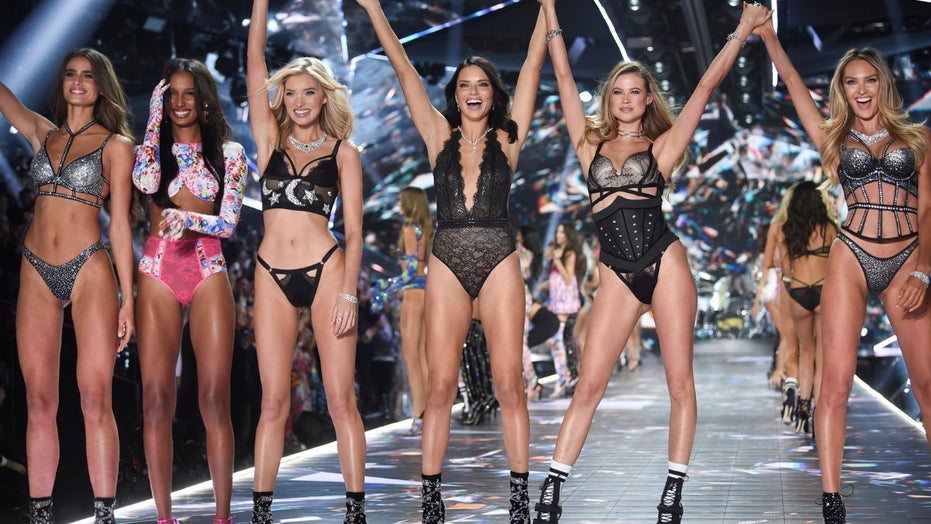 But it had nothing to do with the lingerie giant that gave them their wings. This event was for the holiday collection from Boohoo, a down-market online fast-fashion retailer.

“A year ago, there is no way that would have happened,” a modeling industry source told The Post. “Victoria Secret Angels were so unattainable and wouldn’t have been aligned with a brand like [Boohoo].”

But this is hardly an ordinary year for the lingerie giant. For the first time since 1995, VS won’t be staging its annual fashion show — known as the Super Bowl of modeling. Televised since 2001, it’s been an international showcase for the elite group of contracted models known as the Angels. 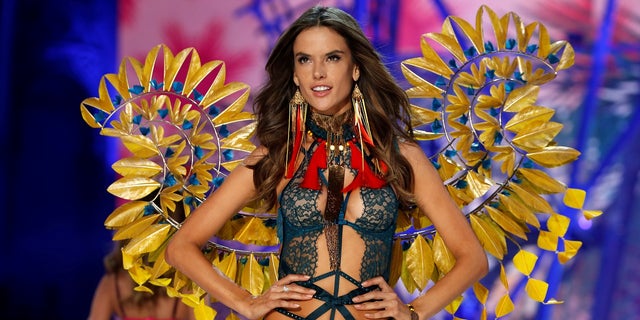 Established in 1997, the flock has reliably been one of the most high-profile gigs in the fashion-modeling world. Gisele Bündchen, Karlie Kloss, Heidi Klum, Miranda Kerr, Tyra Banks and Stephanie Seymour have all been Angels.

But the halo’s slipped in recent years, entangled in a mire of declining lingerie sales, falling TV ratings, a seeming resistance to keep up with cultural trends and even an uncomfortably close connection to the late Jeffrey Epstein.

Normally at this time of year, the Angels would be toning and tanning in preparation for the big fashion show — which typically kicks off with a flurry of press about the women’s workouts, diets and jet-setting to the event.

But now — without the big show — is there anything left for these high-paid Angels to do? 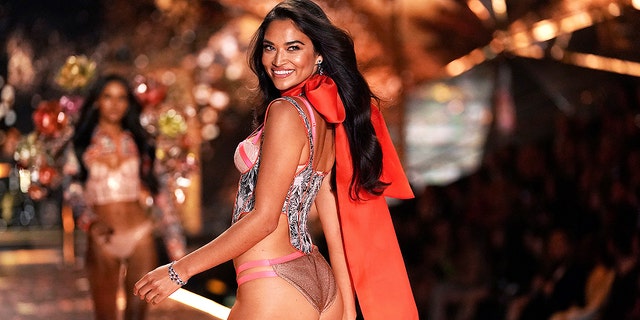 “It used to be that you did VS and you became this superstar,” a Victoria’s Secret insider told The Post. “The industry has just changed overall. I could see the Angels going away.”

The news of this year’s cancellation was prematurely delivered by Shanina Shaik — not an Angel, but one of the many mere mortal models who helped fill out the runway lineup.

“Unfortunately the Victoria’s Secret show won’t be happening this year,” Shaik told the Daily Telegraph in July. “It’s something I’m not used to because every year around this time I’m training like an Angel.”

But, remarkably, the brand has stayed quiet, never confirming that the show was canceled or postponed.

“Fashion is a business of change. We must evolve and change to grow,” Wexner wrote. 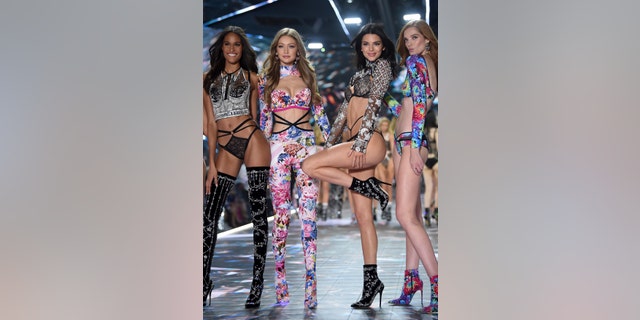 “It was [once] every girl’s dream when they got into the modeling industry,” model agent Victor Del Toro told The Post.

“They wanted to be a Victoria’s Secret Angel. Over my 14 years, when I ask [new models] what they want to do in their career, that’s what they say. I’ve heard it over 1,000 times. And just to get to the show casting was a huge deal.”

Although details of the elite Angel contract are one of the industry’s best-guarded secrets, it’s reportedly quite strict — demanding a certain number of hours from the models and also restricting the other work they can do. According to the insider, Angels couldn’t work with other beauty, swim or fragrance brands.

“They also said you couldn’t shoot with brands like American Eagle,” said the insider.

But the payoff, and exposure, were said to be worth it. 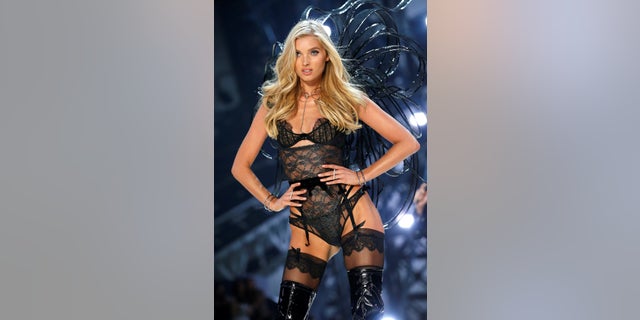 Elsa Hosk pictured at a VS Fashion Show.
(REUTERS/Charles Platiau)

“In the heyday, Gisele made $5 million,” said the insider. “[Later], the girls made $1 million plus bonuses.”

But retail sales have been plunging for a few years now, as the American ideal of “sexy” has shifted to a more natural look. The most recent data available shows that Victoria’s Secret sales were down 6 percent through August.

One by one, famous supporters have dropped off. Former Angel Kloss revealed she had resigned in an act of feminism. Bündchen wrote that she left because she no longer felt comfortable strutting the runway in a bikini or thong. The singer Halsey, who performed in the 2018 show, then publicly lashed out at the brand’s lack of inclusivity.

That came on the heels of comments made by Ed Razek, the longtime VS chief marketing officer and Angel maker. Late last year, he told Vogue.com that there was “no interest” in plus-sized models. He also added he wouldn’t cast a transgender model for the show.

“Shouldn’t you have transsexuals in the show? No. No, I don’t think we should. Well, why not? Because the show is a fantasy.” 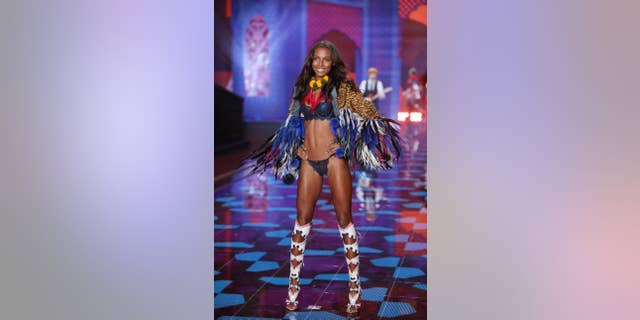 Just when it seemed the press couldn’t get any worse for VS, it did.

In July it emerged that Wexner was a close friend and reportedly the only financial client of disgraced pedophile investor Jeffrey Epstein. The enigmatic Epstein allegedly used his connection to Wexner and Victoria’s Secret to recruit girls, promising them a gateway to the famous brand. His Upper East Side mansion was previously owned by Wexner, who has said he severed ties with Epstein 12 years ago and was “embarrassed” by their relationship. 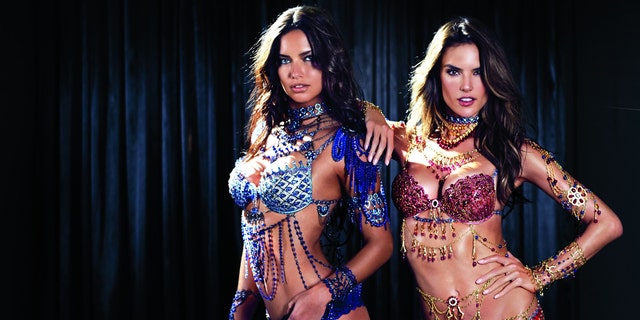 “It was the modern interpretation of Victoria’s Secret,” said the insider of the free-wheeling event. “It was very interactive and it wasn’t just a traditional runway. If they would have done something like that, maybe the VS show would have been better.”

Some Savage X Fenty models sported stilettos, others went barefoot. There was simple, scraped-back hair, bald heads, big curls. The lineup featured women of all shapes and sizes and colors, as well as a performance by trans actress Laverne Cox. The message was clear: Unlike at Victoria’s Secret, there was not just one idea of sexy or feminine.

“They had girls like Gigi [Hadid] and Joan Smalls,” said the insider. “But it wasn’t shoved down your throat that these are the 25 most beautiful girls in the world.”

Something made an impression. A fall Victoria’s Secret campaign features the brand’s first curvy model, Lorena Duran. And in August, VS reportedly hired its first transgender model, Valentina Sampaio.

“Some of the girls they are casting now are girls VS never would have looked at years ago,” said the insider, noting that the shift is happening post-Razek.

But the Angels remain the same as ever, even as there’s been a shedding of some of the brand’s most iconic ones. Alessandra Ambrosio and Adriana Lima — the models perhaps most closely identified with the flock — have left in recent years. Lily Aldridge quietly exited in 2018. And sources told The Post that Behati Prinsloo, who had been with VS for the past decade, recently let her Angel contract lapse.

(Calls to Prinsloo’s agent were not returned.)

While the brand has added four new Angels — Grace Elizabeth, Barbara Palvin, Leomie Anderson and Alexina Graham — they basically look like clones of the women before them.

Only they’re probably not as well compensated.

“The money isn’t what it used to be,” a source told Page Six. “Older contracts like Alessandra Ambrosio were in the millions, now they’re like $100,000.”

So what’s left for an Angel to do? 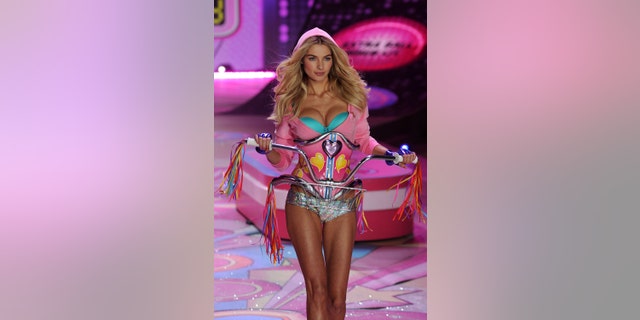 The VS insider said that the brand has brought back the company’s swim collection after a three-year hiatus, and that some of the Angels — including Josephine Skriver, who this week was announced as the face of a new beauty line for the company — are being spun off for specific products.

“But that doesn’t replace the fashion show,” the insider added.

Skriver seems to agree, taking to Instagram recently to post photos of herself in past shows: “This feeling! Miss this so much #vsfashionshow,” she wrote.

At least one person thinks the fashion show might eventually be revived.

“I am hopeful that it will come back because it’s a staple in a supermodel’s career,” said the modeling industry source. “It’s the ultimate achievement.”

But either way, said the VS insider, “I don’t think there is the prestige anymore."

This article originally appeared in the New York Post.