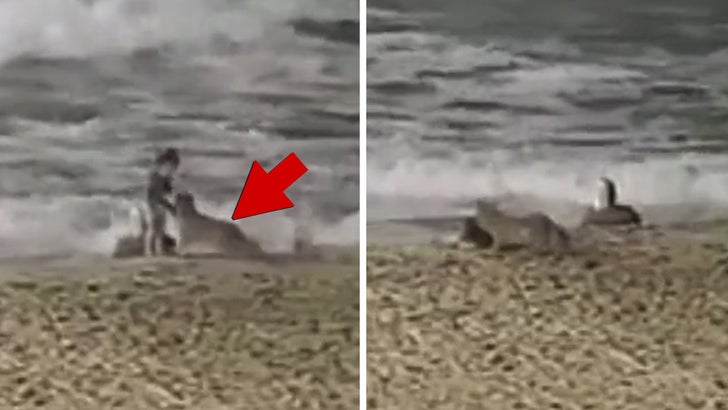 A toddler was hospitalized after being viciously attacked by a coyote at the beach … and it was all caught on camera.

The INSANE incident went down Thursday around 9:45 PM at Huntington Beach in the O.C. … when a mom took her two kids to take a dip.

A surf cam was rolling and captured the moment the coyote lunged at the little girl.

Fair warning, it’s pretty disturbing … the coyote jumps up and attacks the little girl’s face and has her on the ground for at least 15 seconds before she’s able to scramble and adults finally notice.

The little girl was rushed to a hospital by ambulance, with serious but non-life-threatening injuries.

Two coyotes were killed by officials later that night, and they’re trying to determine if one of them was the one involved in the attack … as they continue their search.

As for the girl, she is said to be about 2 or 3 years old. She was tested for rabies and will continue to be treated at the hospital.

Thankfully, she is expected to make a full recovery.