Vin Diesel is explaining his complicated relationship with his Fast & Furious co-star, Dwayne “The Rock” Johnson.

Diesel talks about Johnson in a new interview with Men’s Health, after the two made headlines in 2016 due to a reported on-set feud. In 2016, Johnson called a few of his male Fast & Furious co-stars  “candy a**es” and “unprofessional” on Instagram, which fans quickly speculated was about Diesel. A source told ET at the time that 53-year-old Diesel and 49-year-old Johnson definitely clashed on set during filming.

The two have since downplayed feud reports, and Diesel now says that giving Johnson “tough love” was his intention for the good of the films.

“It was a tough character to embody, the Hobbs character,” Diesel says of Johnson’s character in the franchise. “My approach at the time was a lot of tough love to assist in getting that performance where it needed to be. As a producer to say, ‘Okay, we’re going to take Dwayne Johnson, who’s associated with wrestling, and we’re going to force this cinematic world, audience members, to regard his character as someone that they don’t know’ — Hobbs hits you like a ton of bricks. That’s something that I’m proud of, that aesthetic.”

“That took a lot of work,” he continues. “We had to get there and sometimes, at that time, I could give a lot of tough love. Not Felliniesque, but I would do anything I’d have to do in order to get performances in anything I’m producing.”

Diesel is proud of the legacy of the popular Fast & Furious films.

“It’s not uncommon that I’ll give a speech on set where I’ll say, ‘We’re making this franchise for people that are no longer with us,’ which is very real, and the implications of that are very heavy,” he shares. “‘But at the same time, we’re making the franchise for the people that aren’t born yet.’ When you have a unique perspective of creating a franchise that spans generations, you realize, okay, we all have to be as brilliant as possible. We have to reach as high as we can. Because it may be more important than just a movie. More important than two hours of escapism. There may be something more at play.” 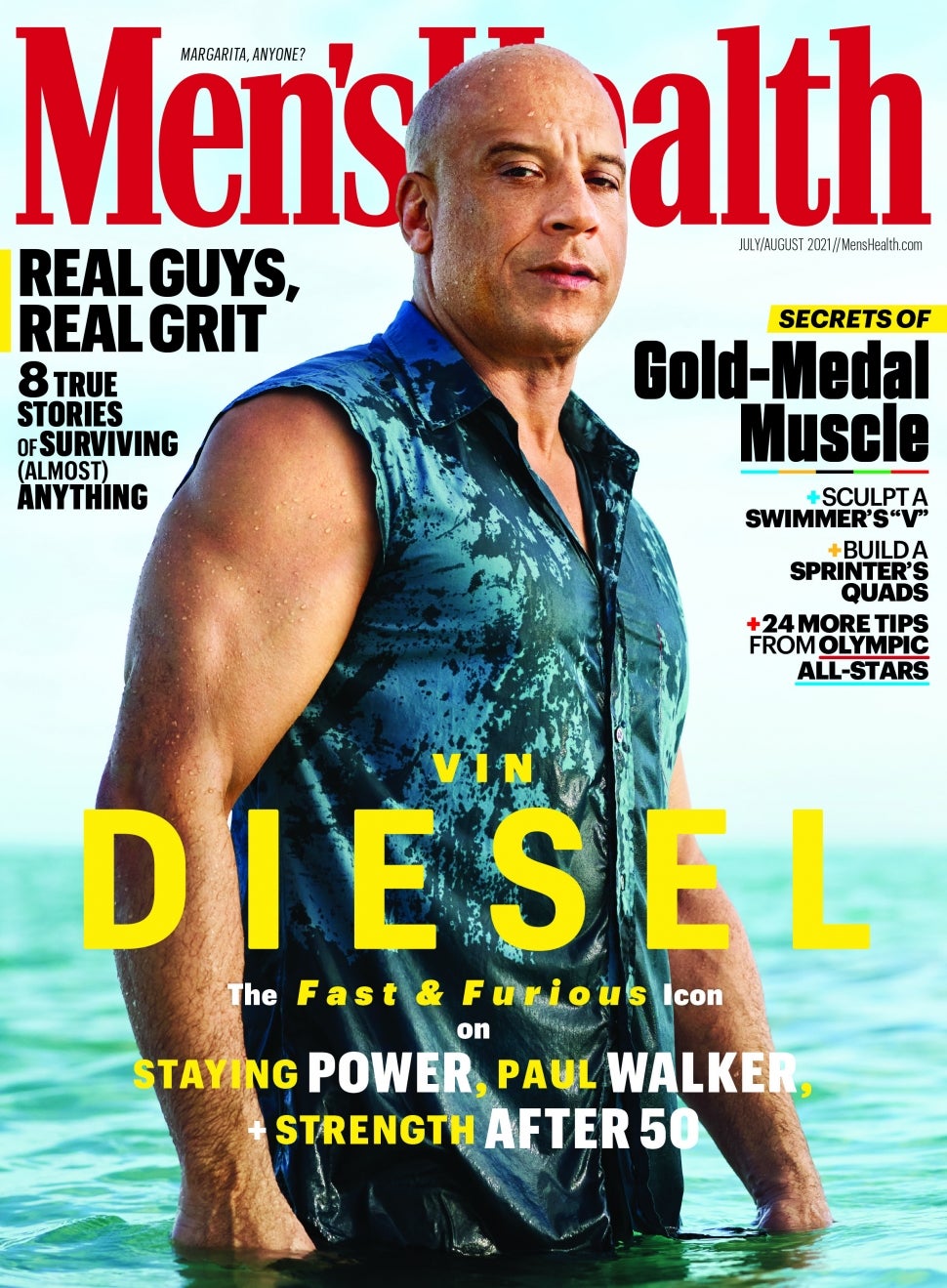 At the Fate of the Furious premiere back in April 2017, both Johnson and Diesel spoke to ET about their rumored feud.

As for Diesel, he said that at the end of the day, he and Johnson were still close.

“In my house, he’s ‘Uncle Dwayne,’ and I’m proud of that,” he said. “We still love each other, that’s my boy. When I was making that difficult decision, should there be a [Fast & Furious] 8 or not, I called [Johnson] and he said, ‘Brother, I will be there shoulder to shoulder with you to make sure it’s the best movie in history.’ And he delivered.”