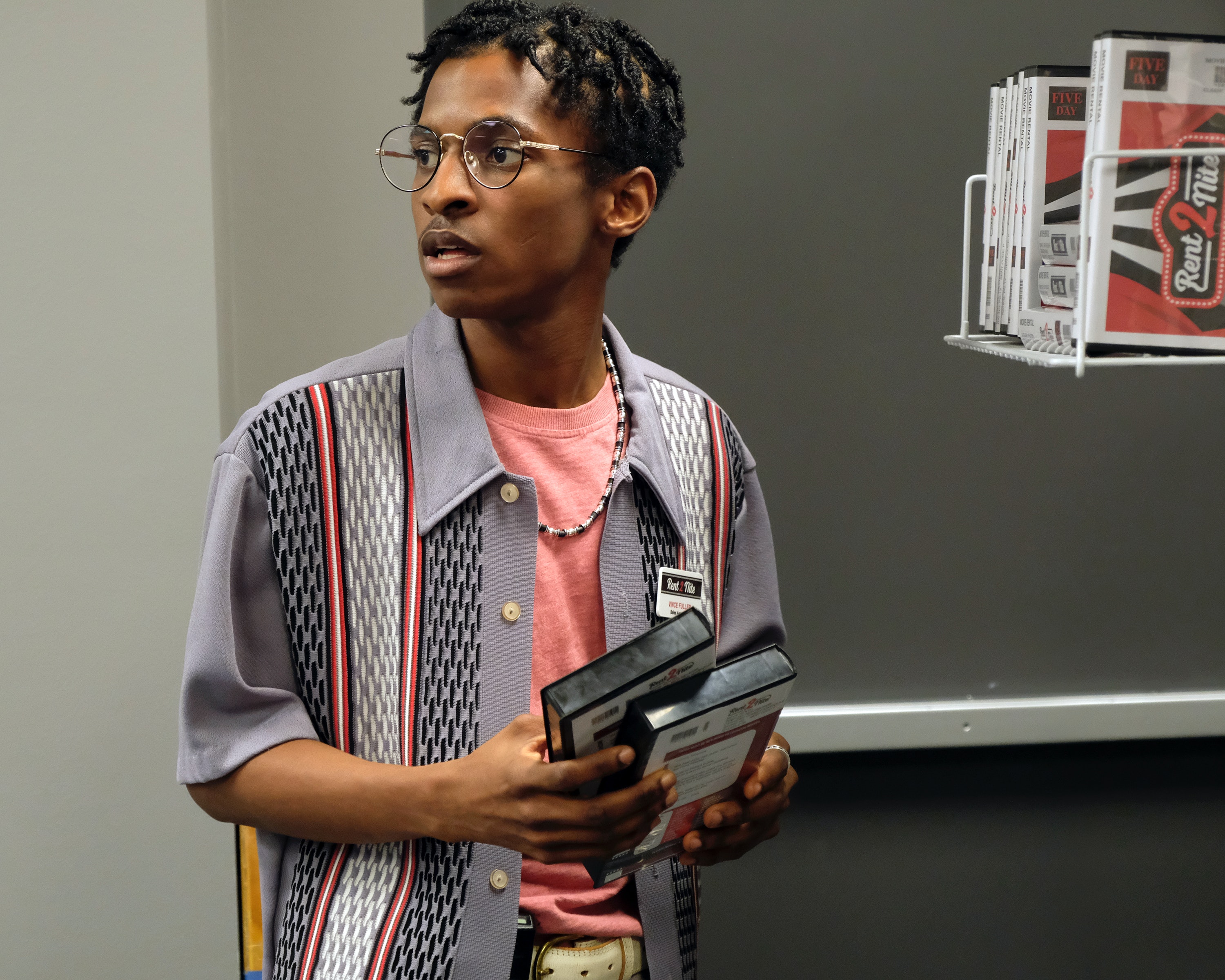 Freeform’s new YA series, Cruel Summer, is straight out of viewers’ mystery-solving dreams. The thrilling series, which premiere on April 20, has all the trappings of a truly captivating "who done it." And while fans are trying to unravel clues, it’s quickly becoming clear there’s much more to the characters than originally meets the eye. If you’re wondering what happened between Vince and Ben in Cruel Summer, you’re not alone. Let’s unpack everything we know so far about the pair.

Warning: Spoilers for Cruel Summer Episode 3 follows. From the very first episode, it was apparent the time jumps between 1993, 1994, and 1995 play a major role in the plot. In 1993, Jeanette (Chiara Aurelia) and her besties Mallory (Harley Quinn Smith) and Vince (Allius Barnes) are looking to have the summer of their lives. As outcasts, they want to accomplish a long list of coming-of-age challenges like stealing something and "swiping contraband" from their respective homes.

As 1993 melts into 1994 and then 1995, however, it appears the trio not only fell apart, but their personal lives did as well. While Jeanette went from nobody to popular to "the most hated person in America," it appears Vince went from crushing on his friend to landing himself a boyfriend to losing it all.

Episode 3 takes place on July 4 1993, 1994, and 1995. In 1993, Vince was happily going along with his friends, checking off summer bucket list items. Fast-forward to 1994, Vince was working at a video rental store and while he was still friends with Mallory, the pair was no longer close with Jeanette. After gaining popularity, it appears she dropped the duo.

After a shift at work in 1994, Vince hopped into a pickup truck with their friend Ben (Nathaniel Ashton). The pair chatted briefly about Jeanette before pulling up to a house and nervously discussing whether or not they were "ready." Upon walking in, it was clear this was an LGBTQ+ friendly space, with same-sex couples dancing together. Vince and Ben held hands before walking out onto the dance floor together.

Before your heart melts, you need to remember the couple is definitely not on good terms come 1995. Once again at work, an older Vince called Ben saying he was going to talk to Jeanette’s lawyers the next day. He said he wanted to talk since Ben already spoke with the lawyers. Ben — after saying he wanted his dad to invest in Caller ID — told Vince every time he called, it brought him pain. Ben then asked Vince to stop calling before swiftly hanging up. 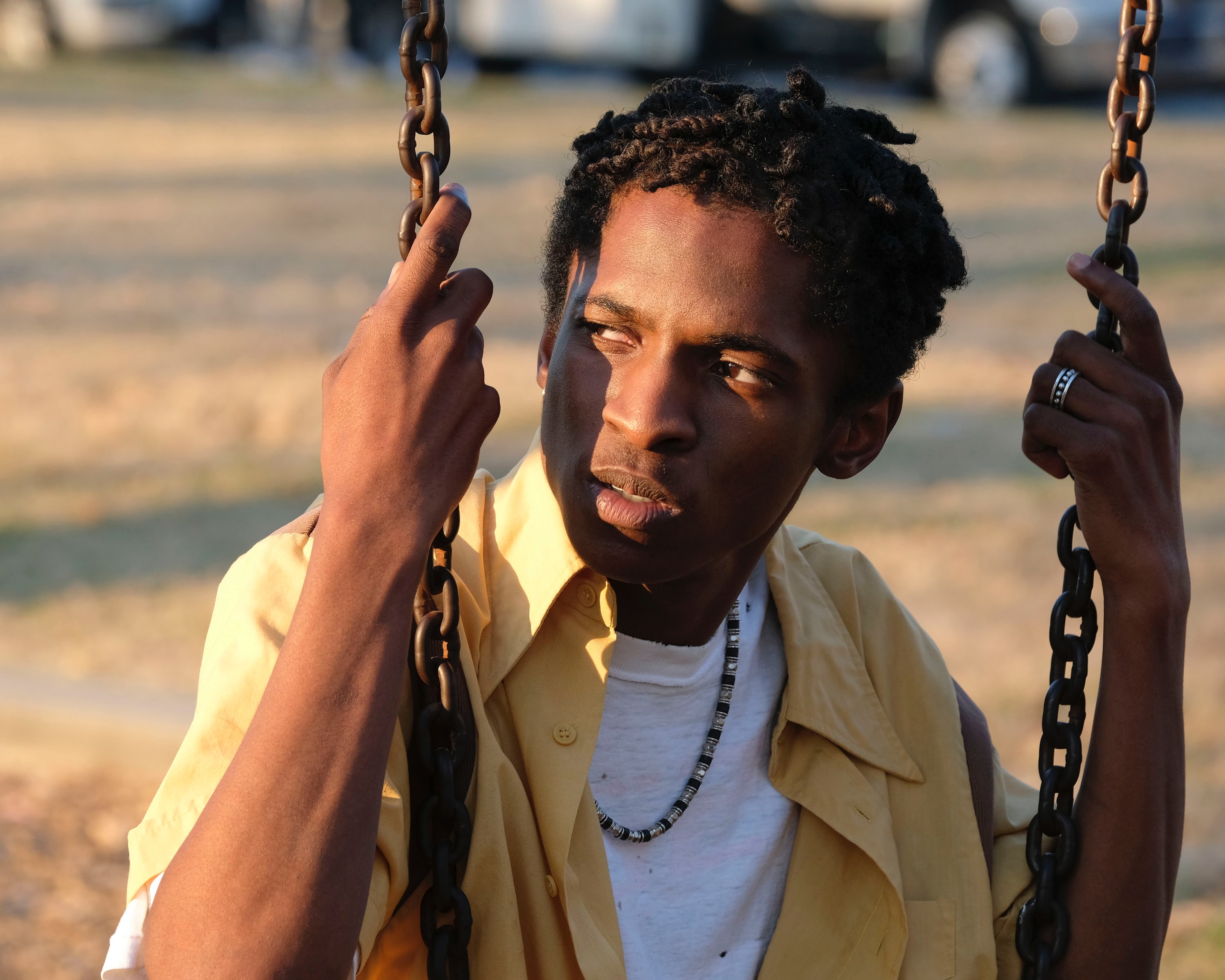 While it’s unclear what, exactly, happened between the couple, it seems like Jeanette’s situation might have something to do with it. Before Vince and Ben headed into the party in 1994, Ben asked Vince if he really trusted Jeanette’s story and if he would ever lie for her. Vince stood by Jeanette, saying he "wouldn’t need to lie for Jeanette because he believed her." After seeing how much Vince trusted Jeanette, Ben said he too, believed her.

Unfortunately, the last scene of Episode 3 shows not only did Vince lie for Jeanette, but she might not be as trustworthy as he thought. When the lawyers asked Vince if Jeanette ever went back to the house where Kate (Olivia Holt) was being held hostage, he said no, even though she told him she had many times. And considering Jeanette told Mallory she flushed her mom’s joints down the toilet in 1993, only to have kept one hidden in her secret treasure box, it looks like she not only can lie, but does it easily.

Since Vince and Ben were both questioned about Jeanette in 1995, it looks like there could be more hard times ahead for the pair. See if they can make it out together as Cruel Summer continues on Tuesdays at 10 p.m. ET on Freeform and the following day on Hulu.