You might be ready for Election Day, but what about the aftermath? In the past, President Donald Trump has made comments suggesting he would not commit to stepping down if he loses to Democratic presidential candidate Joe Biden in November. The role of the president comes with a lot of leeway, but it also has clear end points, which previous presidents have always respected. However, Trump isn’t exactly known for his adherence to norms, for better or worse. So, what might happen if Trump refuses to accept the election results in November, if they’re not in his favor?

It’s not an implausible question. On several occasions, Trump has openly refused to promise a peaceful transition of power if Biden wins in November. "The only way we lose this election is if it is rigged," he said during an Aug. 17 rally in Wisconsin. During his Oct. 15 town hall event with NBC News, he was quick to suggest ballot fraud as a rationale for not accepting election results. "The answer is, yes I will [concede]. But I want it to be an honest election,” Trump told host Savannah Guthrie. “Every day, [the news] is talking about ballots that are corrupt, that are fraudulent,” he added. And during a Sept. 29 White House press conference, many people were highly concerned when the president openly stated “there won’t be a transfer [of power], frankly,” if you “get rid of the ballots.” He has also continually denounced mail-in ballots as corrupt, fraud-ridden votes that will render tainted election results, despite the fact that he himself has voted by mail on several occasions. FBI Director Christopher Wray publicly confirmed to Congress in late September that there was no conclusive evidence of widespread voter fraud like Trump had claimed. According to Mark A. Peterson, Ph.D, a professor of public policy and political science at UCLA, Trump’s suggestions are likely a lot of hot air. “The president is not the determiner of who wins the election,” he tells Elite Daily. While there have been disputed election results in the past, these results “are determined by the certification of votes in each of the states, which are ultimately verified through the Electoral College,” he adds. Congress has the final responsibility of declaring election results. Peterson notes, however, that Trump’s baseless claims of voter fraud are effectively undermining the legitimacy of America’s electoral systems.

“When one is president of the United States, words really matter that much more,” Peterson says. “Any time a president challenges the credibility of the results of the election, that undermines the confidence that people have in our institutions and in our elected officials. Once we go down that rabbit hole, it’s awfully hard to come back from that.”

In an ideal election, where the results are clear, decisive, and indisputable, there are legal structures embedded within the Constitution that require Trump to leave office. The technical end, as well as the start, of a presidential term, is Inauguration Day, which means Trump’s first term is officially over on Jan. 20, 2021. On that day, he’ll either start his second term, or step down. And if he refuses? “There are people who can remove a trespasser from the White House,” Peterson says. If a losing incumbent president refuses to leave the White House after their term expires, they may be escorted off the premises on Inauguration Day by the newly-elected president’s Secret Service detail. 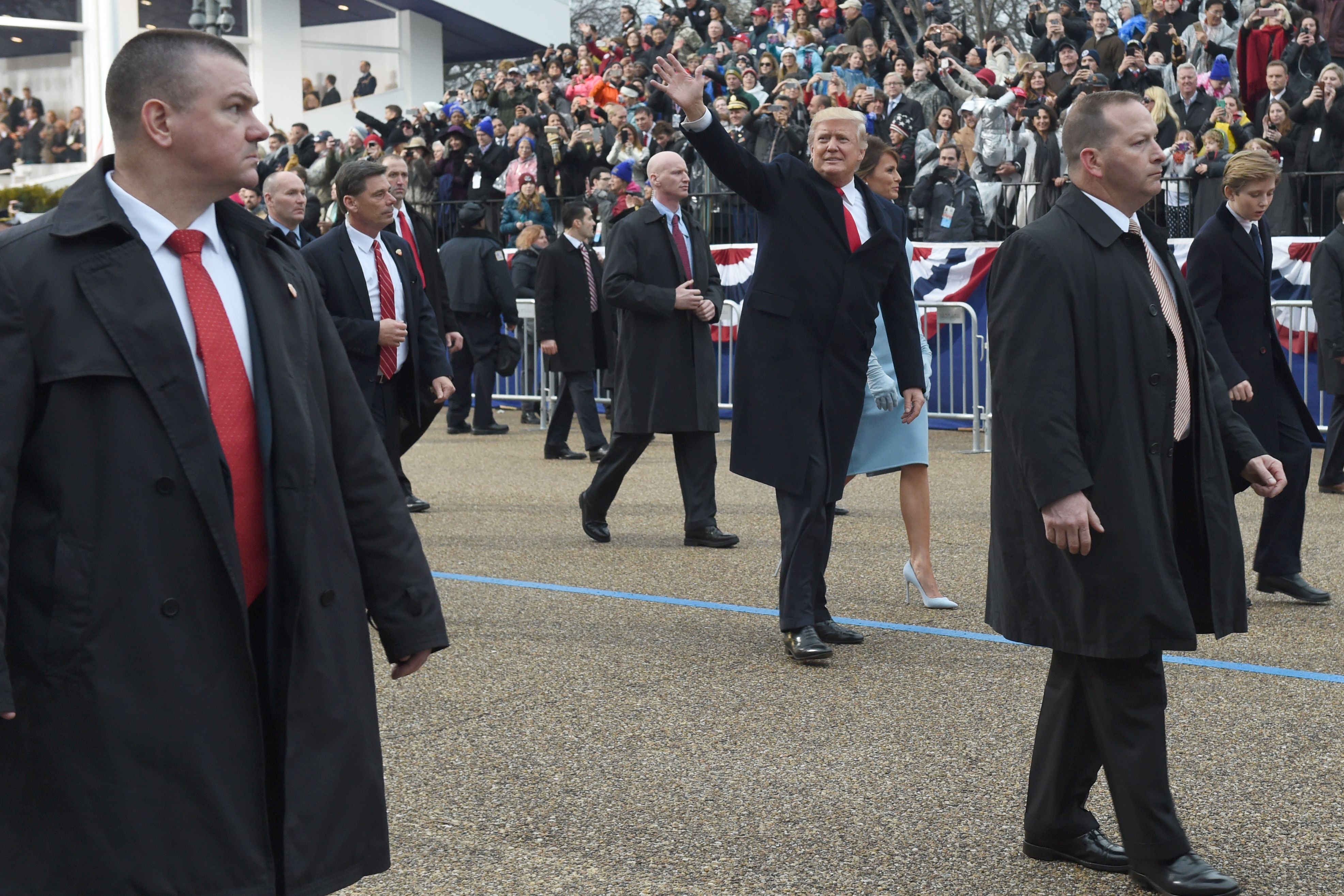 However, experts agree this scenario is highly unlikely. “In the end, [Trump is] all about saving face, and torquing the circumstances to serve his image,” Peterson explains. “It would not be in his self-interest to just sit in the White House after a losing election, waiting to be forced out.”

Elizabeth Sanders, Ph.D, professor emeritus of political science at Cornell University, agrees. “One thing the president just cannot tolerate is losing, because of his very, very weak ego and low self-esteem,” she tells Elite Daily. “That sort of [circumstance] would be intolerable for him.”

In an election where the results are ambiguous (and therefore disputable), things could get more complicated. Though it’s traditional for a losing candidate to gracefully step aside, in an ambiguous election where the results are disputable, neither presidential candidate has a legal obligation to concede in order for election results to be confirmed. In fact, both candidates have a vast team of lawyers on standby that would fight to leverage their party’s position, much like during the 2000 election dispute between Bush v. Gore. The case was elevated all the way up to the Supreme Court, before then-Democratic presidential candidate Al Gore conceded to Republican presidential candidate George W. Bush, citing that it was more important to uphold the American electoral system than to secure a winning election for the Democratic party.

Trump, however, does not seem to be concerned with upholding the integrity of the electoral system. “Whether a democracy succeeds or fails is attributed to the longstanding norms of our leader’s behavior,” Peterson states. “Norms of civility, of understanding, of mutual respect in a pluralist society — things that [Trump] mocks,” he adds. “Those norms, at the end of the day, are what the president is threatening.”

By undermining these behavioral norms, Trump isn’t just potentially placing democracy in harm’s way. “There is a potential for violence, where groups like the Proud Boys and other informal right-wing militias may be triggered into action by a losing election,” Peterson acknowledges. According to a Sept. 25 report from the New York Times, there are approximately 20,000 active militia members in about 300 groups aligned with radical right-wing ideologies. A quarter of these militia members are veterans with military-grade weapons and combat training. “We know there are some people who have been triggered into various kinds of violence, and are waiting for a call, in some sense, to move forward and act,” Peterson says.

During the Sept. 29 presidential debate, viewers across the nation were concerned with Trump’s direct address of the Proud Boys, an organization designated by the Southern Poverty Law Center as a hate group, when he told them to “stand back, and stand by.” Many saw the comment as a dog whistle calling on hate groups to be ready for violence on the president’s behalf. Trump later claimed he didn’t know who the Proud Boys were and suggested the "real problem" was leftist activism. “People who may not have a real understanding of the American democratic process might take that [comment] as signaling that they need to be ready for some kind of potentially violent upheaval if there’s an [election] result that they’ve been persuaded is not legitimate,” Peterson adds. “There’s a real possibility for escalation. It’s quite worrisome.”

So, how can Americans prepare for this kind of chaotic outcome? The simplest defense against the possibility of chaos is a clear and indisputable outcome to the election. Should either Biden or Trump win in a landslide, it will be much harder to question the legitimacy of the results. According to Sanders, while there’s sure to be an immense amount of uncertainty on Election Day, trusting in the Democratic process is key. “We’ve got to go out and vote,” she says. Moreover, it has to be easy to vote, to register, and to vote by mail or in person without barriers to access. “We’ve got to make it easier for people to participate in our democracy.”

With a landslide outcome and indisputable results, Trump would have no choice but to be a loser, should the election go against him. Whether sore or graceful is up to him.