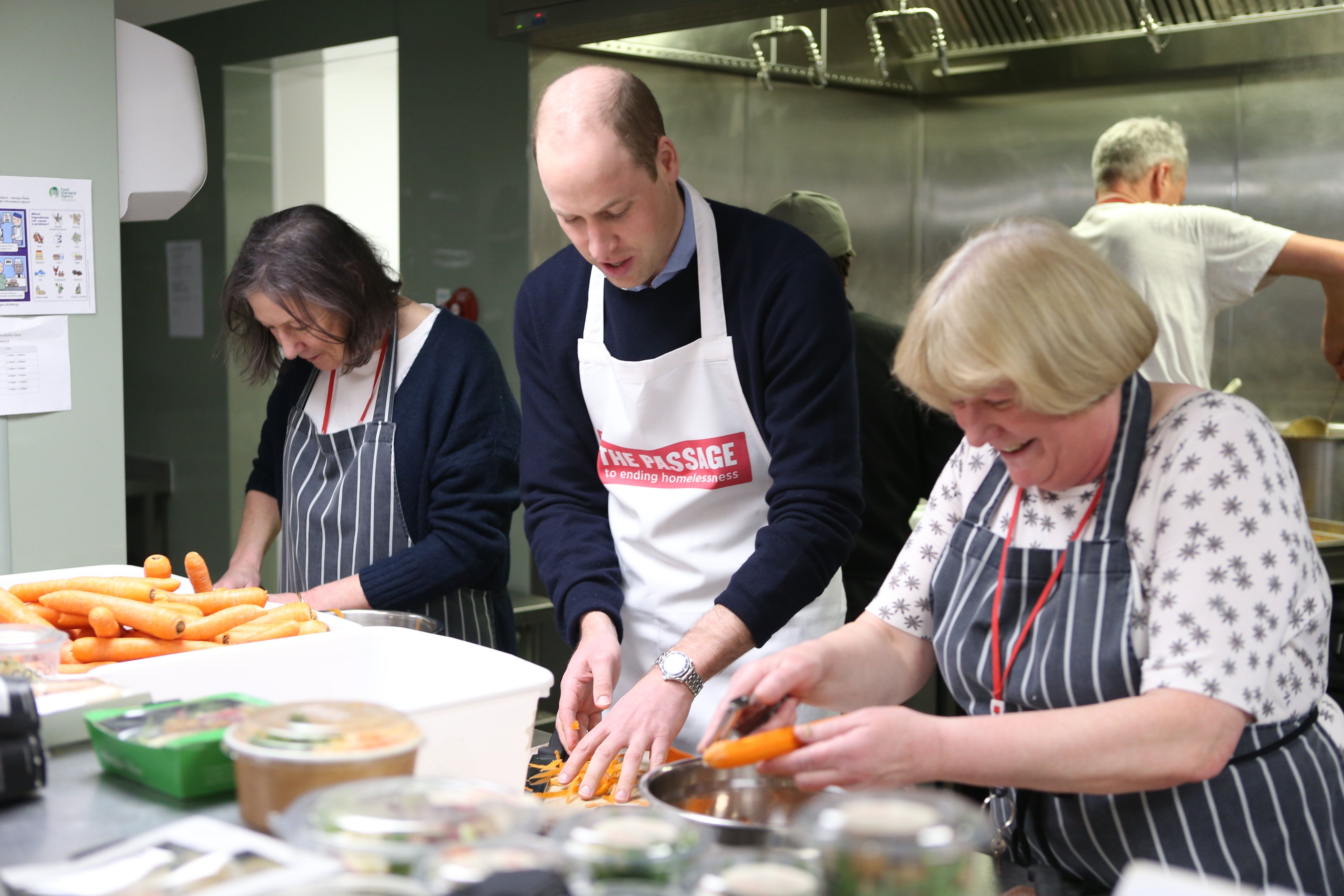 Prince William cooked up a storm today while visiting The Passage, the U.K.’s largest resource center for homeless people. The Duke of Cambridge joined volunteers in the kitchen, where he helped prepare spaghetti bolognese for the charity’s lunch service. Photos shared by Kensington Palace show the royal chopping carrots and later serving dishes to guests. 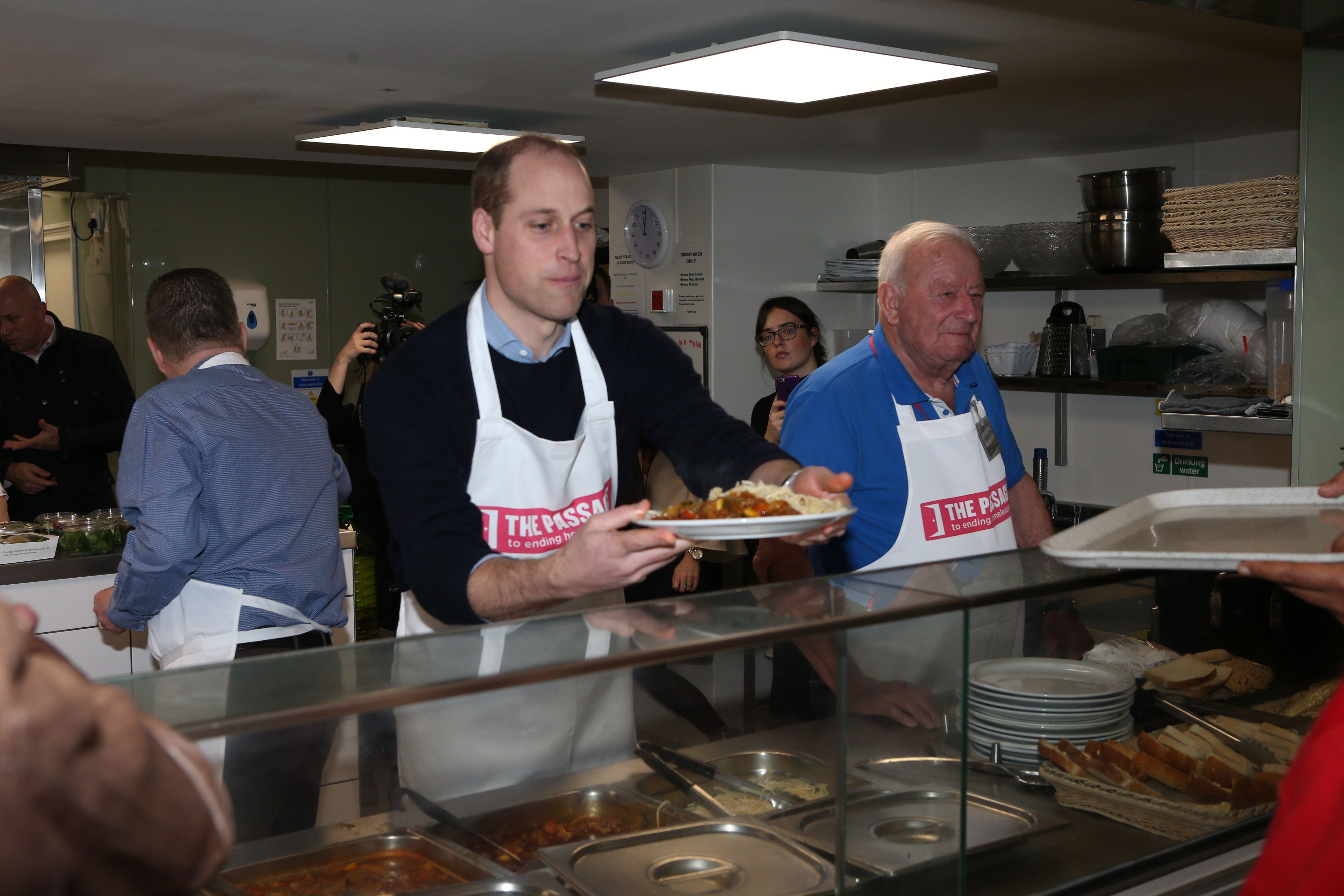 The Passage has a special place in Prince William’s heart, as his first time visiting the charity was in 1993 with Prince Harry and their late mother, Princess Diana. The center still had their signatures in the visitor’s book from that trip.

William has been visiting occasional stops to the charity ever since. He was last seen there with his wife, Duchess Kate, in December, when they made holiday cards with kids.

The Duke of Cambridge also announced today that he’s now a royal patron of The Passage. He previously said of the charity in 2016, according to a Palace press release: “The visits I made as a child to this place left a deep and lasting impression upon me—about how important it is to ensure that everyone in our society, especially the poorest, are treated with respect, dignity and kindness, and are given the opportunities to fulfill their potential in life.”

Prince William is a “longstanding supporter of organizations working to combat homelessness,” the Palace added. 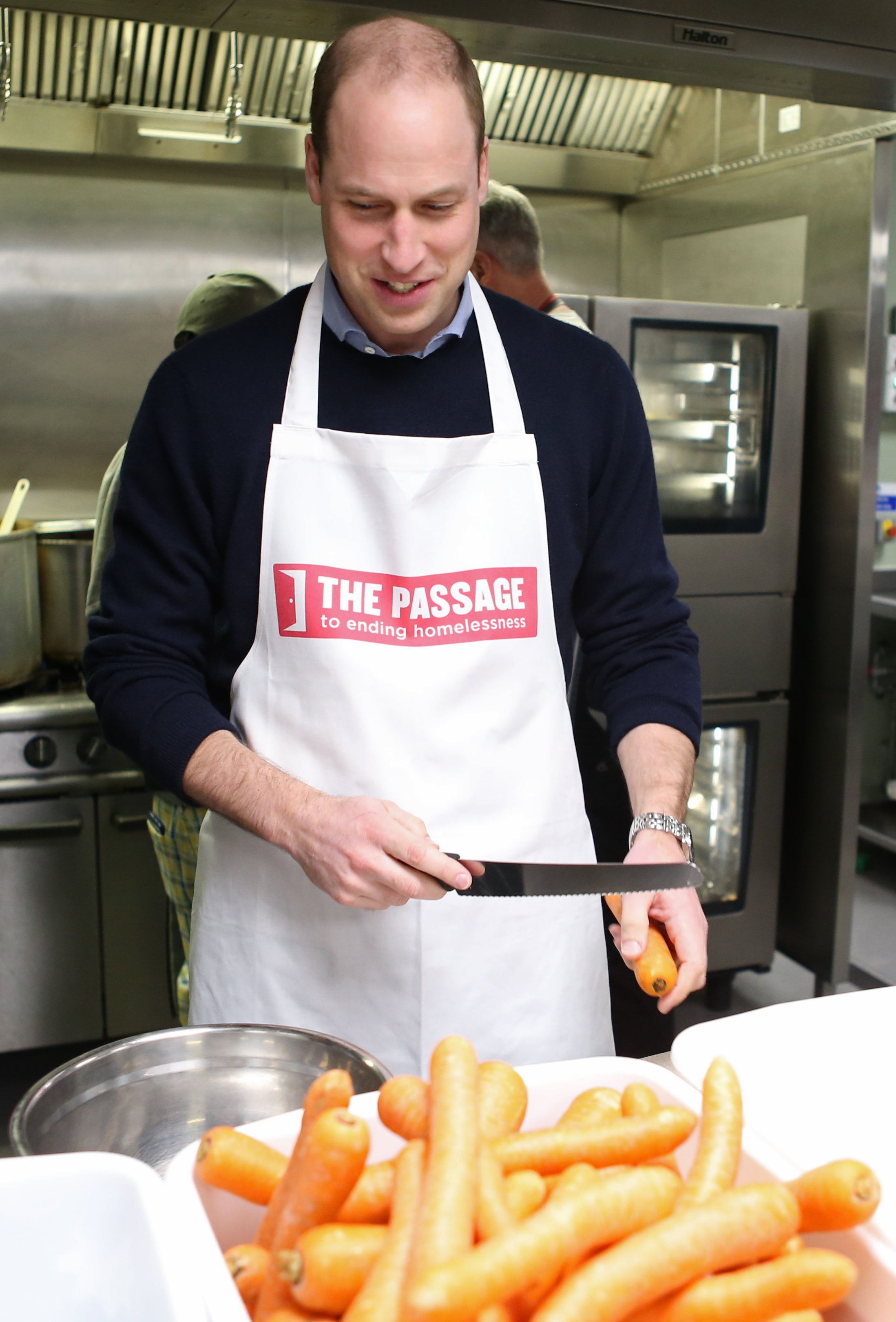 While William was working at The Passage today, Kate attended the Mental Health in Education conference elsewhere in London. The longtime mental health advocate made a stunning appearance in a tweed skirt suit, black tights, and heels. She and William were last seen out together at the BAFTA Awards on Sunday at Royal Albert Hall.