William H. Macy must be regretting a few things he’s said publicly in the past about giving his daughters a boost in Hollywood and how important it is not to lie… because those quotes are coming back to haunt him as he and wife Felicity Huffman navigate through this wild college admissions cheating scandal.

As you’ll recall, earlier this month, Huffman was formally charged by the federal government for her alleged participation as one of more than four dozen participants in a wide ranging college admissions and test-taking bribery scam. Macy wasn’t named in the court docs by the cooperating witness, but he is identified as “spouse” several times in the documents; it’s unclear at this time why he, too, wasn’t charged alongside Huffman.

But charges or not, the 69-year-old still has considerable egg on his face, because old quotes of his are being dredged up to the surface once again — and they don’t look good, at all.

Take this one, from back in 2004, when Macy spoke to ET about how he had “no problems” with nepotism in Hollywood while doing a press junket for his film Cellular (below):

“One can help your children in this business, and the nepotism works, and I have no problems with it. If I can give them a leg up, I absolutely would. It’s a great way to make a living. It really is.”

Read that a couple times and it’s easy to see why Huffman is charged with conspiracy to commit mail fraud and honest services mail fraud after allegedly bribing exam proctors to ensure better test grades for one of their daughters! Anything to help the family, right?! Ugh!!!

Macy also has had a lot of past thoughts about lying — which, well, makes us wonder what he thinks about lying now!

In a 2006 interview also with ET, the star was quoted at one point as saying (below):

And in an interview just a month ago (!) in Men’s Journal, the Shameless actor again got up on his soap box to talk about lying, telling the mag that the best advice he ever received was to “never lie” (below):

“It’s the cheapest way to go. Lies cost you a lot, and they’re never worth what they cost.”

Yikes! And from a month ago?! Like, how much more ridiculous can that get??? Macy — and, really, Huffman — may be about to find out that last part the hard way!! 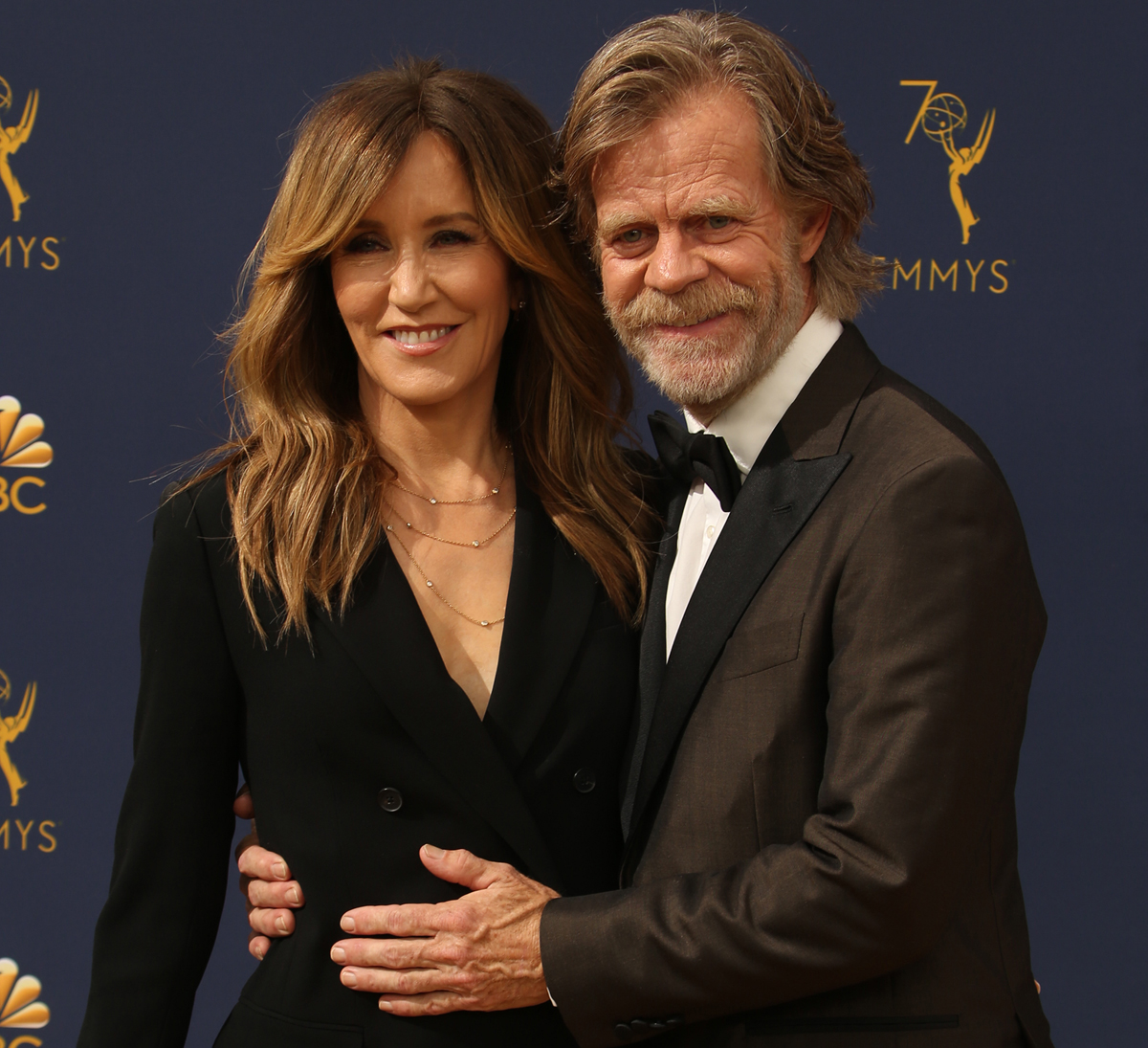 Of course, the schadenfreude doesn’t end there for this embattled couple. As we’ve previously reported, Huffman’s Desperate Housewives character was entangled in a remarkably similar scam to bribe a prestigious private school with a “donation” of $15,000 — the same amount as Huffman’s alleged real-world bribe — in order to have the character’s sons admitted. Talk about art imitating life!

Unsurprisingly, her husband hasn’t commented publicly since the scandal broke. The actress, who is — at least for now — the only one of this couple feeling the full legal weight of these allegations, was released last week on a $250,000 bond after being arrested without incident.

She has since deleted all of her social media channels to at least try to minimize some of the backlash… though if old quotes like these keep popping up over time, don’t count on people being any less mad about this scandal any time soon!

What do U think about all this, Perezcious readers?! It must be pretty uncomfortable in the Macy-Huffman home for several reasons right now! Share your reactions with us in the comments (below)…