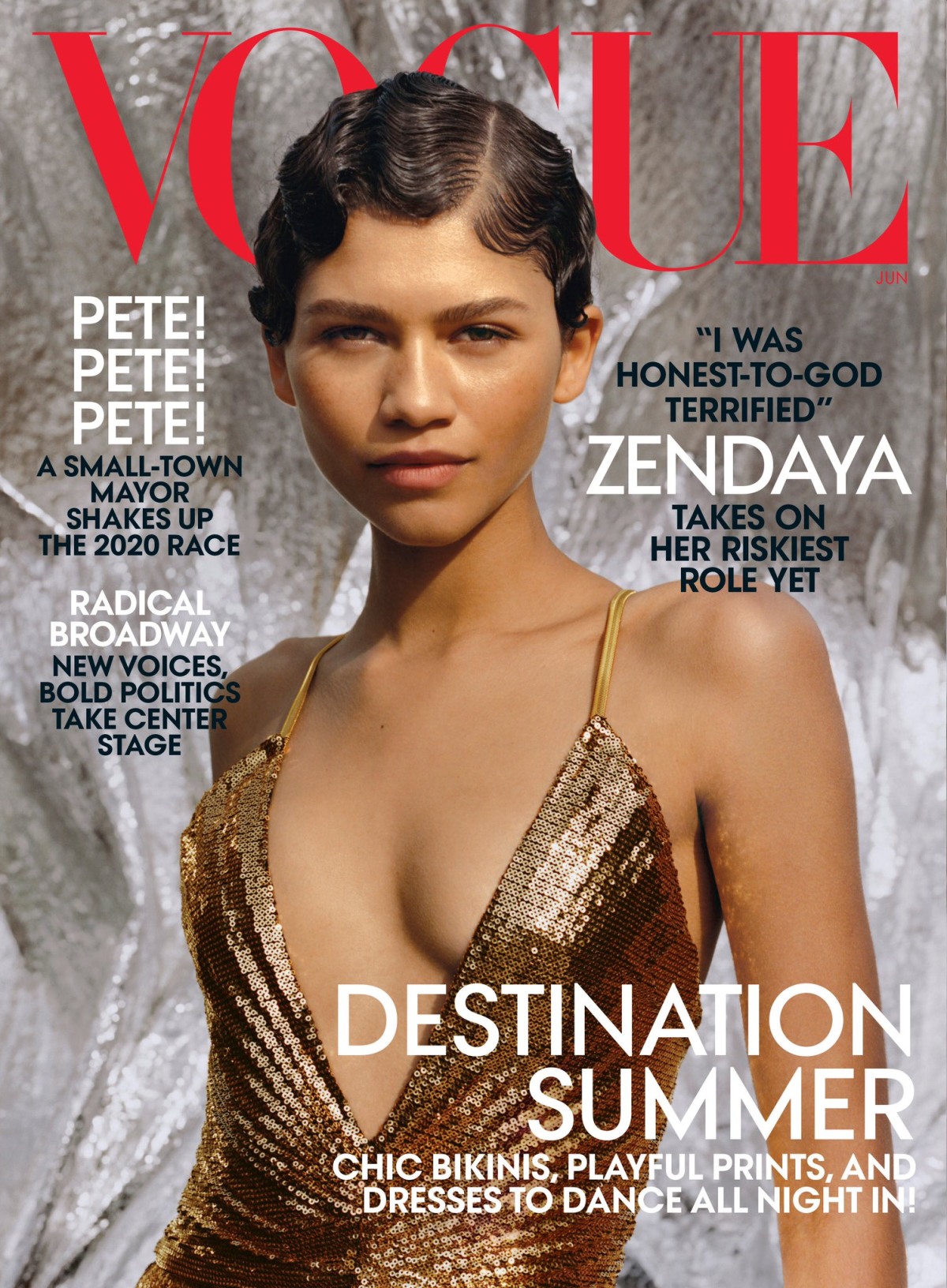 As I’ve said before, I really like Zendaya and I worry about her a little bit. I feel like Zendaya and Millie Bobby Brown have a lot in common: they both became the breadwinners for their entire families at a very young age. They both had to mature very quickly, and it’s given both young ladies an “old before their time” vibe. Zendaya is currently 22 years old and she’s still picking up multiple jobs. She covers the latest issue of Vogue to promote her new HBO show, Euphoria, and to promote her Tommy Hilfiger contract/collaboration and about a million other projects. The interview itself is good, but there’s not much new stuff here, especially if you’ve read Z’s interviews before. You can read the full Vogue piece here. Some highlights:

On Euphoria, based on the Israeli show of the same name, where Zendaya plays a drug-addicted teen: “Obviously, there’s not much in my own experience of being a teen that I could draw on, especially when it comes to struggling with addiction. My policy is, when in doubt: Ask Sam [Levinson, the show-runner]. Because Sam’s gone through all that, and, you know . . . basically, he’s Rue.”

On the scandal about Giuliana Rancic’s comments about her dreadlocks: “That whole thing was so crazy. I mean, I’d basically snuck onto the red carpet, the plus one of a plus one.” At last year’s Oscar ceremony,Zendaya floated onstage in a diaphanous Giambattista Valli gown. “I got invited back as a presenter,” she notes matter-of-factly. “So I guess I won.”

She’s interested in the issue of gentrification. “I keep thinking, Is there a way I can help with this, through art? I mean, obviously, I’ve got a platform”— about 55 million people follow Zendaya on Instagram—“but I also know, don’t just post whatever. You’ve got to listen to people. Talking is important. But walking the talk is important, too.”

The career that interests her: “I can tell you, one celebrity whose career I think is interesting is Donald Glover. He’s given himself permission to do . . . whatever. And whatever he does—he goes deep, you know?”

There’s more in there about growing up in Oakland and seeing the protests when Oscar Grant was murdered, and the rise of Black Lives Matter, but what’s interesting to me is that Zendaya doesn’t seem very connected to that right at this very moment. I mean, she’s a political person, she’s interested in political activism, but she’s not going to give anyone a big political lecture in the middle of a Vogue interview. It’s not like her stage-parents shut her down either – she shut herself down because she knows Vogue’s not the place. Also: there are a few references to Tom Holland sprinkled throughout the Vogue piece, but Zendaya isn’t even asked directly if she’s dating Tom. I think they are still dating though? Or did they break up and no one told me?

@Zendaya is one of the most politically vocal among a crop of “woke” young stars, posting to Instagram in support of Colin Kaepernick, urging her fans to take action when she picked up a Teen Choice Award the day after the deadly alt-right rally in Charlottesville, and—famously—clapping back at E! announcer Giuliana Rancic’s barbs about her dreadlocks at the 2015 Academy Awards. That was the first time many people outside the Disney demographic took note of her, thanks to the messages of support she got from the likes of Ava DuVernay, Kerry Washington, and Solange Knowles. The star opens up about taking risks, speaking out—and making your voice heard in the full cover story at the link in our bio. Photographed by @tylersphotos, styled by #CamillaNickerson, Vogue, June 2019

Photo and cover courtesy of Vogue.