Early this week, the bricks-and-mortar version of 1stdibs, the high-end online marketplace, will open in the Terminal Stores building: the blocklong, late-19th-century brick warehouse and relay station that was once home to the Tunnel, the grim nightclub owned by Peter Gatien.

The 50-odd exhibitors corralled there — a mix of art, antiques and contemporary furniture dealers — join neighbors Uber and L’Oreal; on the building’s cavernous main floor, where ravers once hallucinated, is Porchlight, a Danny Meyer restaurant, one of a few in what will become a food court along the lines of Eataly or Chelsea Market. 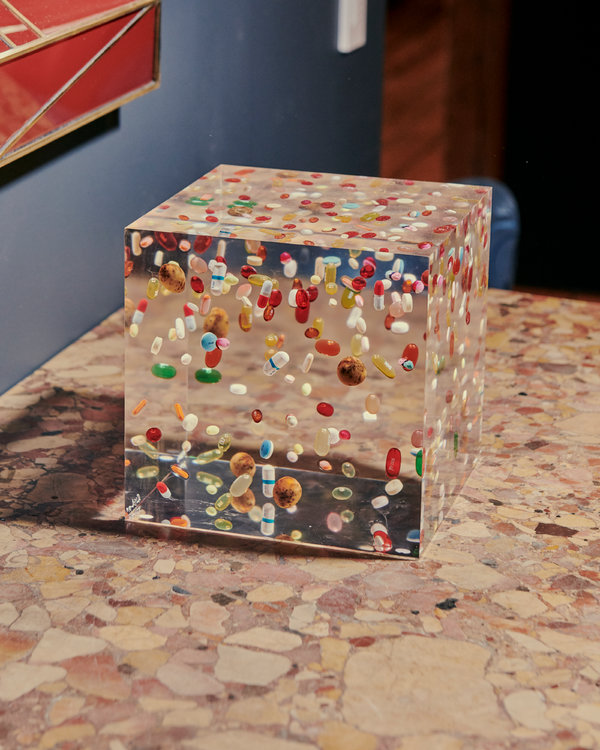 1stdibs had spent the last eight years at the New York Design Center at 200 Lexington Avenue. Its migration westward offers more convenient shopping for the Frieze and Art Basel set, now nesting part-time in condominiums along the High Line, along with the yet-to-materialize denizens of Hudson Yards.

The move comes as 1stdibs continues to expand as a global e-commerce site, a process that has not always been smooth for the dealers that are its lifeblood. Nearly three years ago, they were affronted by changes that added commissions to sales generated through the site and also veiled their names. “We lost 2 percent of our dealers when we changed our policy,” said David Rosenblatt, the company’s C.E.O. “But since we introduced e-commerce, we’ve grown our inventory from 440,000 items to 860,000.”

Some dealers still grumble privately. Others who once balked say they are eager to continue a relationship with the company.

“We didn’t end up raising prices," said Kiel Wuellner, president of Newel Gallery, in business since 1939, and with a capacious booth in the Terminal Stores building and 7,000 pieces on the site. “What happened is that we are no longer able to pass along our standard trade or discount pricing. But the reason we have invested in 1stdibs is the amount of business it brings us. We’re the largest antiques shop in New York City for the past 80 years, and this makes us global.”

There are now 4,000 dealers from 28 countries (more than half of which are outside the United States) on 1stdibs, according to the company; last year, e-commerce sales reached over $250 million, up from zero in 2016.

But sometimes you want to see and feel “the most beautiful things on earth,” as the site promises, in person before plunking down the credit card.

In the Aero booth, a powder-coated dark green aluminum outdoor chair by Thomas O’Brien with a whorled back is $1050. The polyethylene version of Faye Toogood’s plump Roly Poly chair, priced at $570 and already a best-seller on the 1stdibs website, is a bargain when you consider its bronze incarnation costs $45,000. Among a funky, still-anarchic-looking collection of ’70s-era Italian Radical design by Gufram are contemporary productions of that impish work: anthropomorphic green foam coat racks by Guido Drocco and Franco Mello start at about $4,600; Bocca, the disco-glam lip-shaped sofa by Studio 65, is about $7,500. A slightly grubby, but comfy looking, brown corduroy Danish modern sofa in Nate Berkus’s booth is $4,400. At Assouline, which has a booth here too, you can find Miles Redd’s “The Big Book of Chic” for $85.

Last Wednesday, Inga Davidsson of Area ID was hanging an Italian chandelier of florid amber-colored glass ribbons and curlicues tipped in red, Venetian style ($4,950) in her 315-square-foot booth: a north facing spot with a window, prime real estate that she is renting for $3,200 a month. Ms. Davidsson sells an eclectic selection of midcentury furniture artfully styled, like a bergère from the ’50s now covered in a bold Miró-like fabric ($2,950) along with contemporary shagreen pieces.

For more than a decade, Area ID had a storefront on Elizabeth Street. But in 2015, a new owner of the building more than tripled Ms. Davidsson’s $10,000 monthly rent, and she had to give it up. “I couldn’t imagine how anyone would be able to pay that amount, unless they were selling drugs or prostitutes,” she said. (Her story is typical: Manhattan is lousy with empty storefronts; remedies like commercial rent control, in place here from 1945 to 1963, are not quite back on the table, but a bill called the Small Business Jobs Survival Act, which would help commercial tenants negotiate new leases, among other protections, has been gathering support.)

“I hear there is a men’s bag store there now,” Ms. Davidsson said of her old place. “I wish them luck.”

As for the former 1stdibs space at 200 Lexington, you’ll still find more than 50 dealers who’ve signed on with Incollect, the 4-and-a-half-year-old 1stdibs competitor. Others have opened their own showrooms in the building. The beloved antiques store Lost City Arts, which will give up its lease on Cooper Square in March, will have a 4,500 square feet showroom there. It also has a booth at the 1stdibs Gallery.

Penelope Green is a reporter for Styles. She has been a reporter for the Home section, editor of Styles of The Times — an early iteration of Styles — and a story editor at the Times magazine. @greenpnyt • Facebook