Now Lives: In a tiny one-bedroom apartment in the West Village, with a mini-fridge instead of a regular fridge.

She did one performance, and then it became a regular Wednesday gig. “I meet people who come to the show,” she said. “And then we just hang out after and go to the diner. It’s that New York life I’ve always dreamed of.” 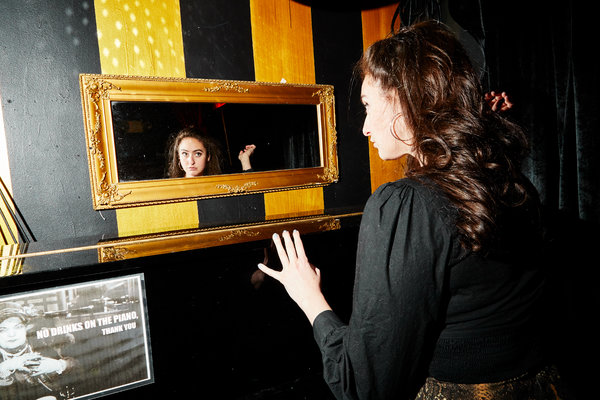 Latest Project: Last year, Ms. Cohen started “Seek Treatment,” a comedy podcast with her friend Pat Regan, in which they share awkward dating stories, sex advice and witty observations about millennial culture. “I feel like when people listen to the pod, I can talk to them as if they’re my best friend because they know all my insecurities,” Ms. Cohen said.

Next Thing: Ms. Cohen is making the jump from the comedy stage to the small screen. Last month, she appeared on “High Maintenance” as Darby, a Brooklyn woman who gives things away on Craigslist and flashes people who take them. And she will appear on “Broad City,” though she couldn’t reveal anything about her character.

On Crushes: Spilling the details of her personal life on “Seek Treatment” comes with costs. “I’m a modern woman out on the town, falling in love a few times every hour,” Ms. Cohen said. “I love to crush.” She sometimes slips too many telling details about love interests into the podcast. “I’ll talk about a crush, and then the crush will realize and be like, ‘Was that about me?’” she said.