EVEN though she is now a daytime telly pin-up with an army of fans, Laura Hamilton can still recall a nasty comment from a stranger 23 years ago.

While she was out shopping in a mini-skirt at 16 years old, someone shouted: “What are you doing out with legs like that?” The presenter of A Place In The Sun says: “You can’t unhear it. I still remember that comment clear as day.

“That was definitely a trigger that made my legs one of my body hang-ups.

“I was always aware they were strong from as young as 14, when I was in ballet.

“All the other girls were slender. My muscular legs felt out of proportion. 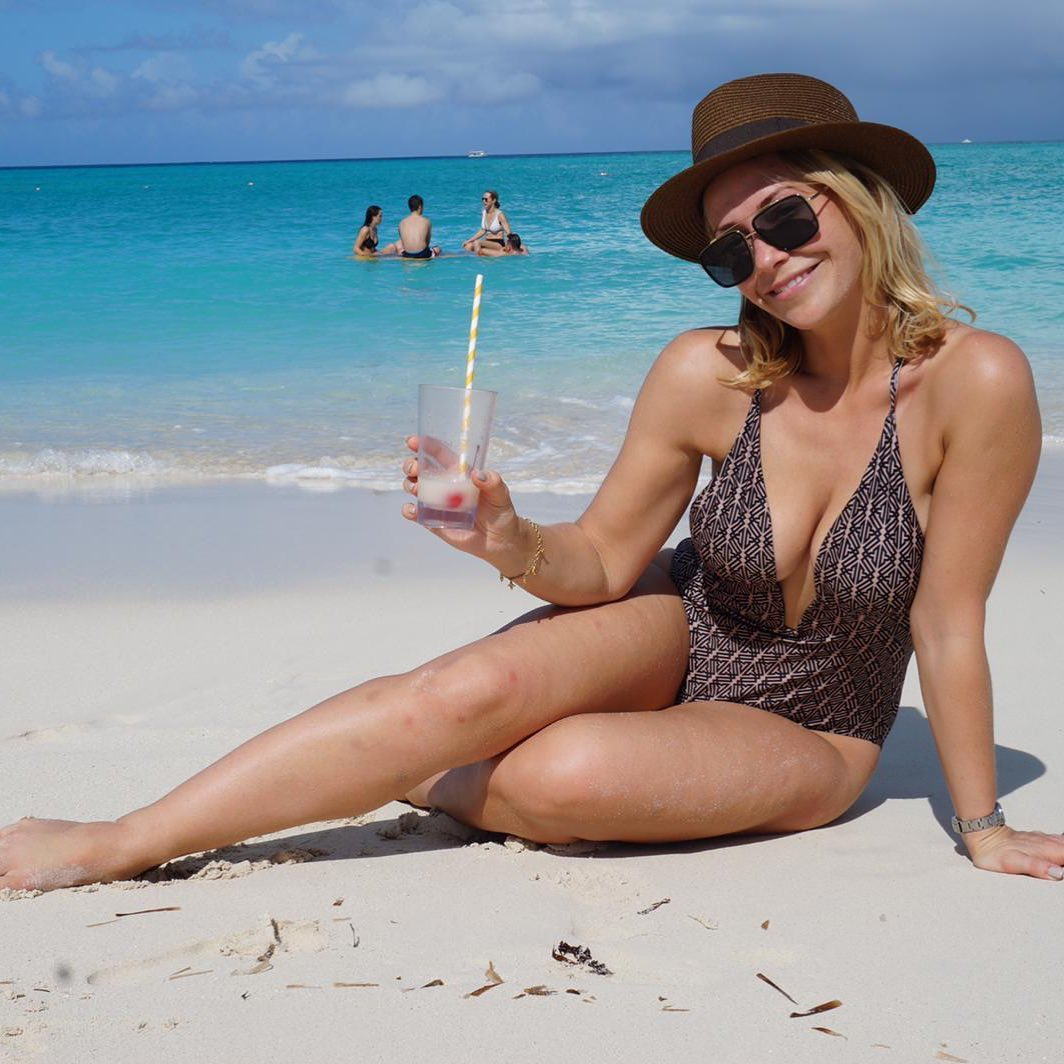 “I’ve never been stick-thin. I’ve always had curves and cellulite.”

Sadly, that isn’t the only time Laura has been teased about her legs.

She says: “When Jason highlighted my own thoughts on national telly — pointing out that I have tree-trunk legs — it did hurt.” 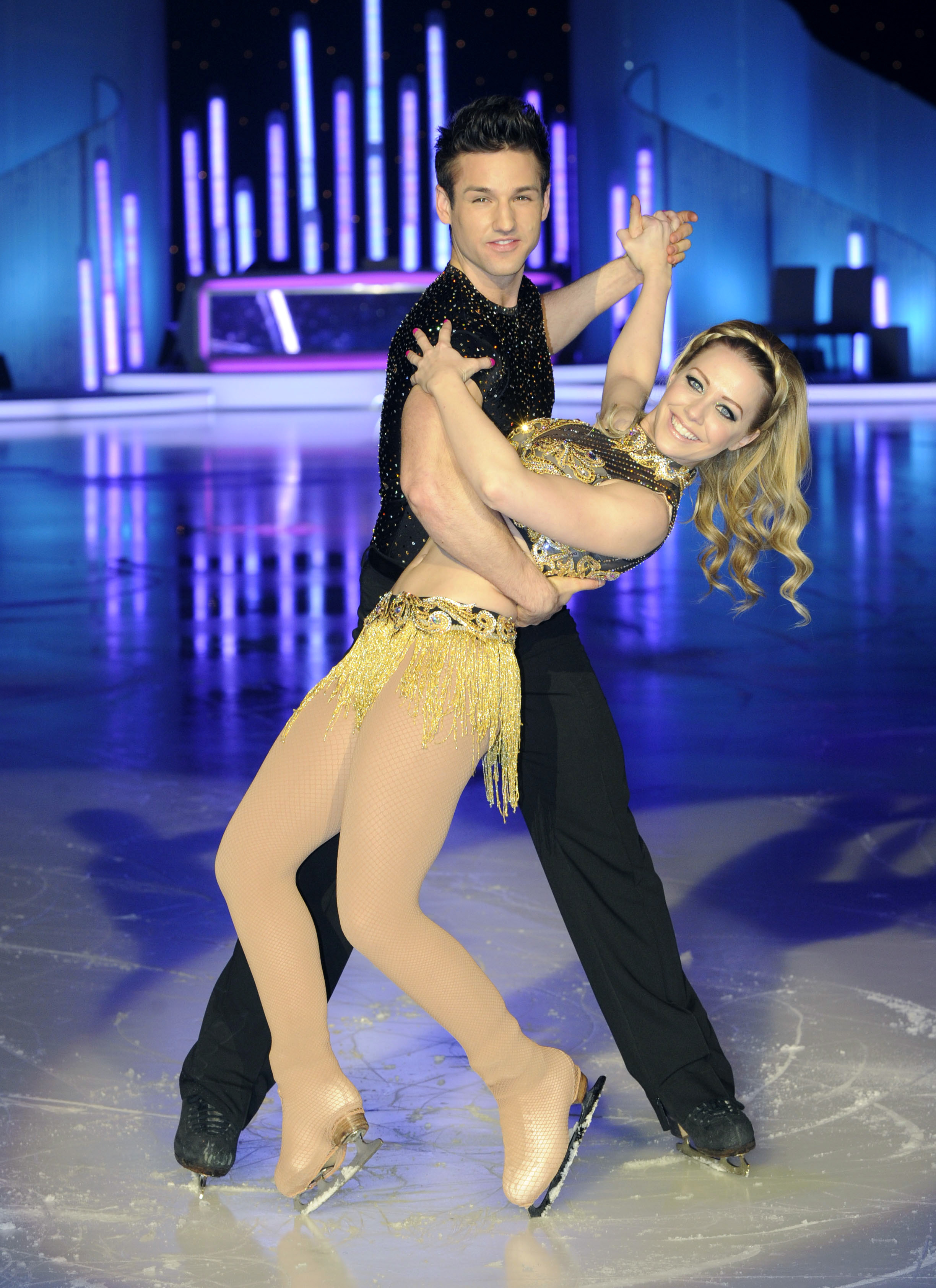 But toning up while on the show didn’t give Laura body confidence.

After her weight hit 13st, Laura went on the keto plan, eating a high-fat and low-carb diet. She lost more than five stone. 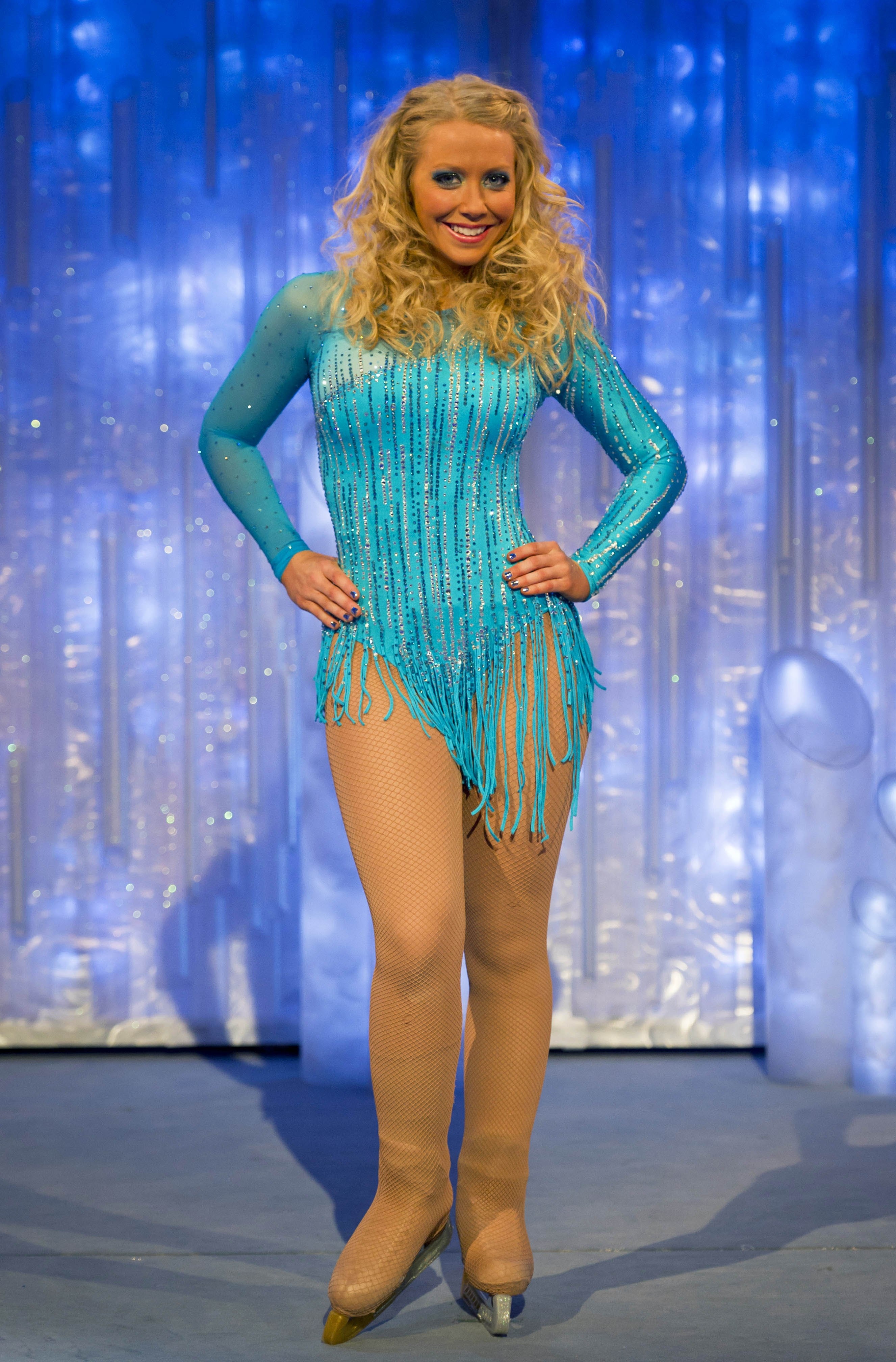 Laura says: “I cut out sugar and carbs and all the weight dropped off. The cellulite on my legs disappeared too.

“My husband couldn’t believe that I managed to lose all that weight after having two children.

“I had never felt so confident about my legs before. But I lost my boobs, had a flat bum and my face had completely changed.

“Friends constantly told me that I didn’t look like Laura any more.” 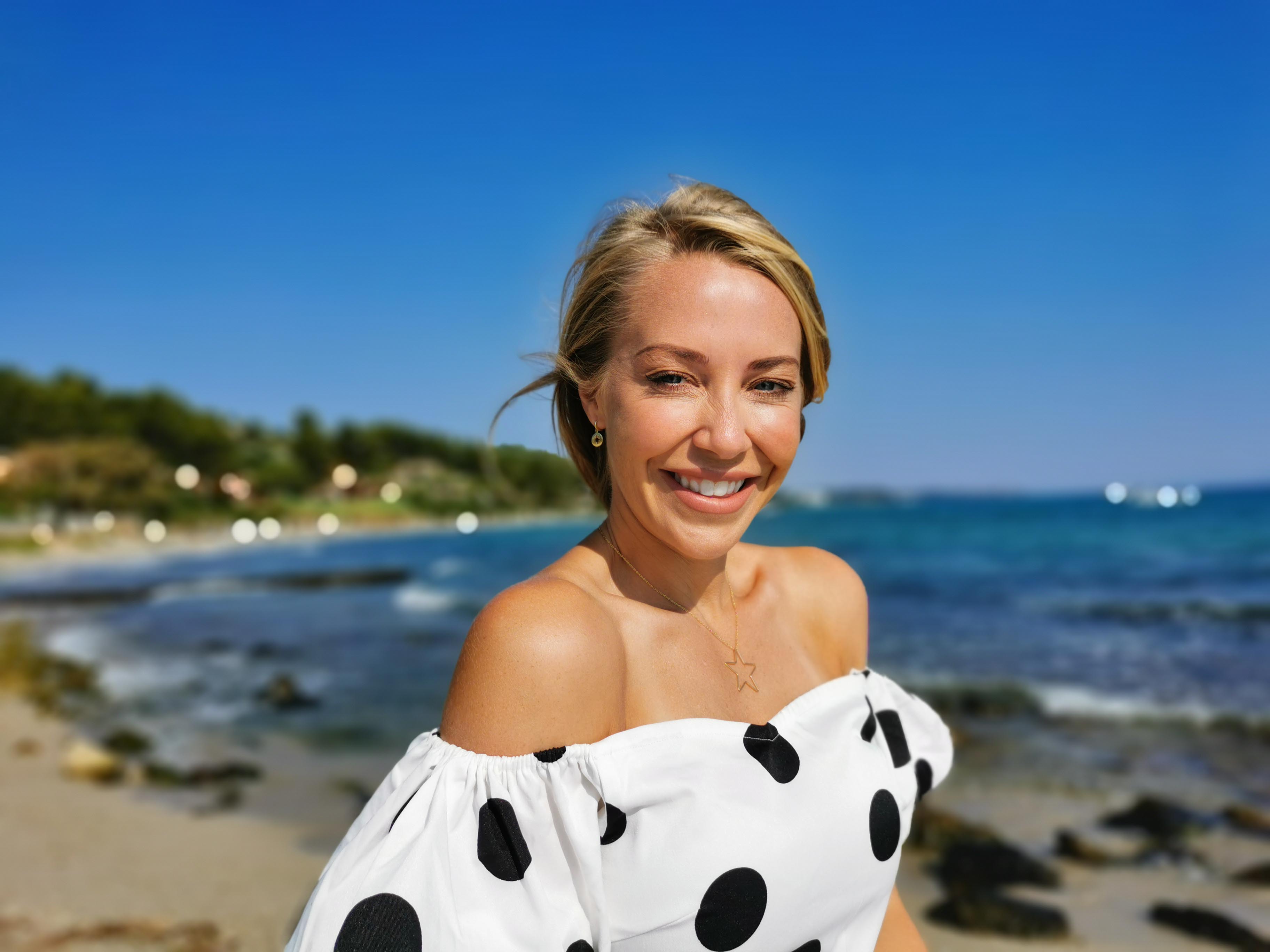 Laura relaxed her regime when she realised her strict diet could one day have a negative effect on her children.

She says: “I didn’t want them wondering why I was not eating the same as them.

“I didn’t want to bring my kids up telling them not to eat an apple because of sugar.

“Being a role model to them helped me overcome my diet. But depriving myself of food, particularly sugar, was the only time I saw my legs change and the cellulite vanish.” 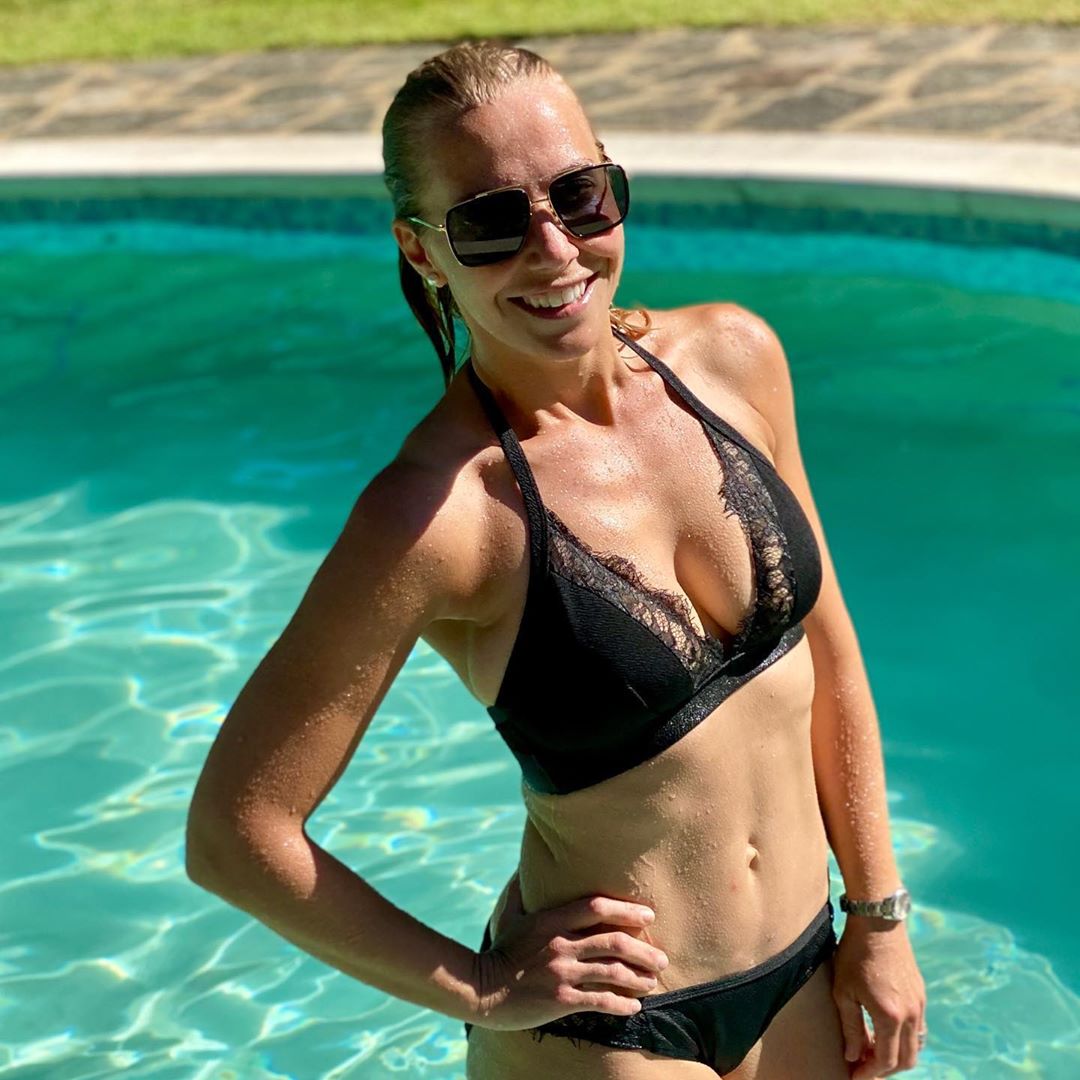 She feared it was the result of losing weight.

But she later realised it was similar to her mum Lynn, now 67, developing rheumatoid arthritis — another autoimmune disease — shortly after giving birth to Laura’s brother, who is a year younger than Laura.

She now thinks it could have been triggered by pregnancy. 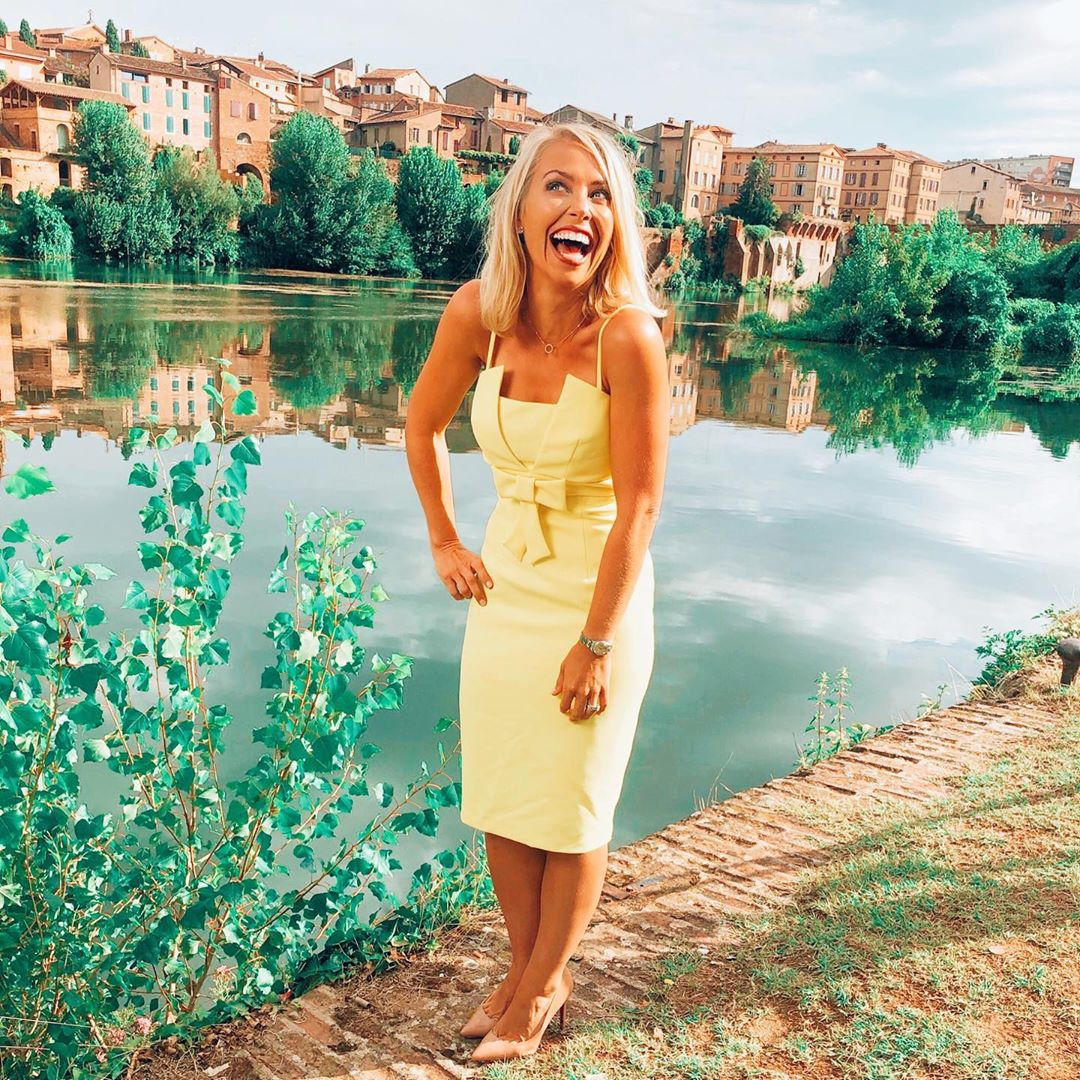 Laura says: “Seven months after having Tahlia, I woke up one day and my legs were covered in bruising.

“At the time I had a baby and a two-year-old.

“I assumed it was from either jumping around with them or the weight loss.

“Eventually my mother-in-law encouraged me to go to the doctors.

“Blood tests showed I had ITP, where the body attacks platelets thinking it’s a disease. 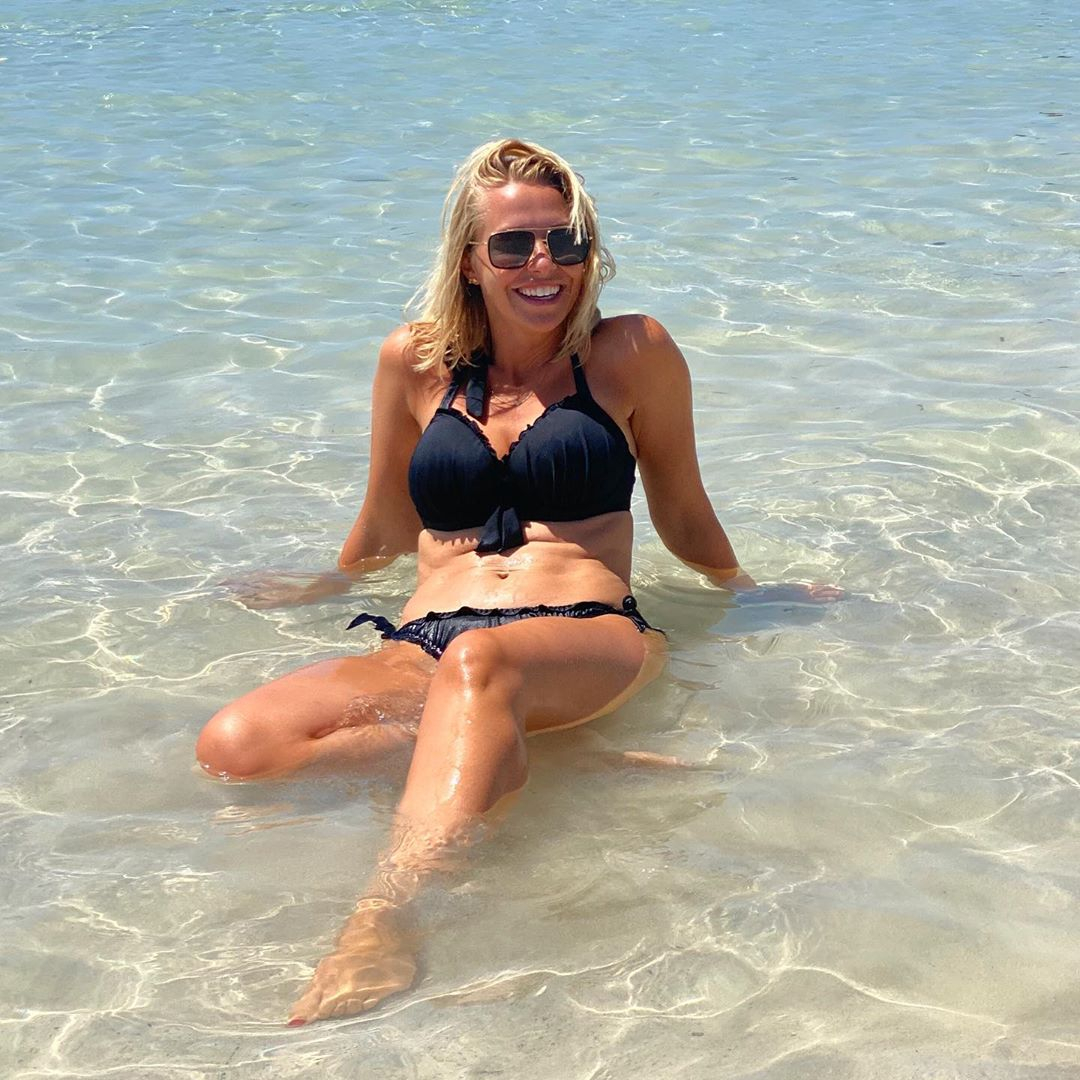 “Some weeks my skin is completely fine. Then other weeks I am covered in bruises.

“And it can be really dangerous, leading to haemorrhages on the brain. Thankfully mine is not that severe.”

While Laura still leads a healthy life, the illness was a wake-up call.

She says: “This diagnosis was a turning point. I thought, ‘Why on earth am I bothered by something so minor as cellulite?’ This is something I really admire Stacey Solomon for. 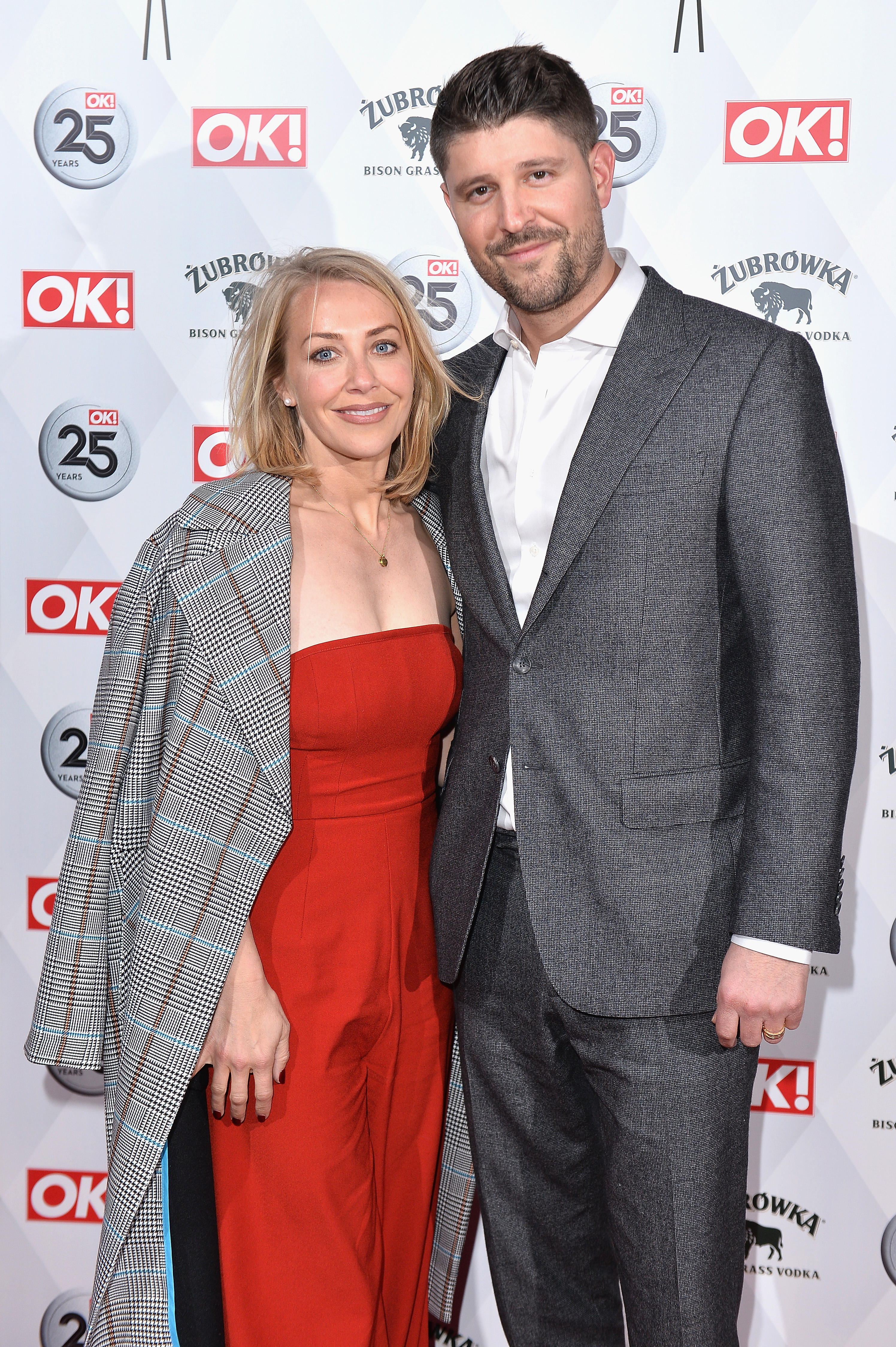 “She is a mum of three who doesn’t take herself too seriously, is beautiful, successful and fully embraces her body.

“I’m happy to say I’ve got cellulite too but I sometimes find it hard when I receive comments on social media saying, ‘Oh, but you are too young for cellulite’.

“Slow down and worry less. That’s one thing lockdown made me realise.”

Laura’s first telly role was as a runner for host Dermot O’Leary on Channel 4 when she was 18. 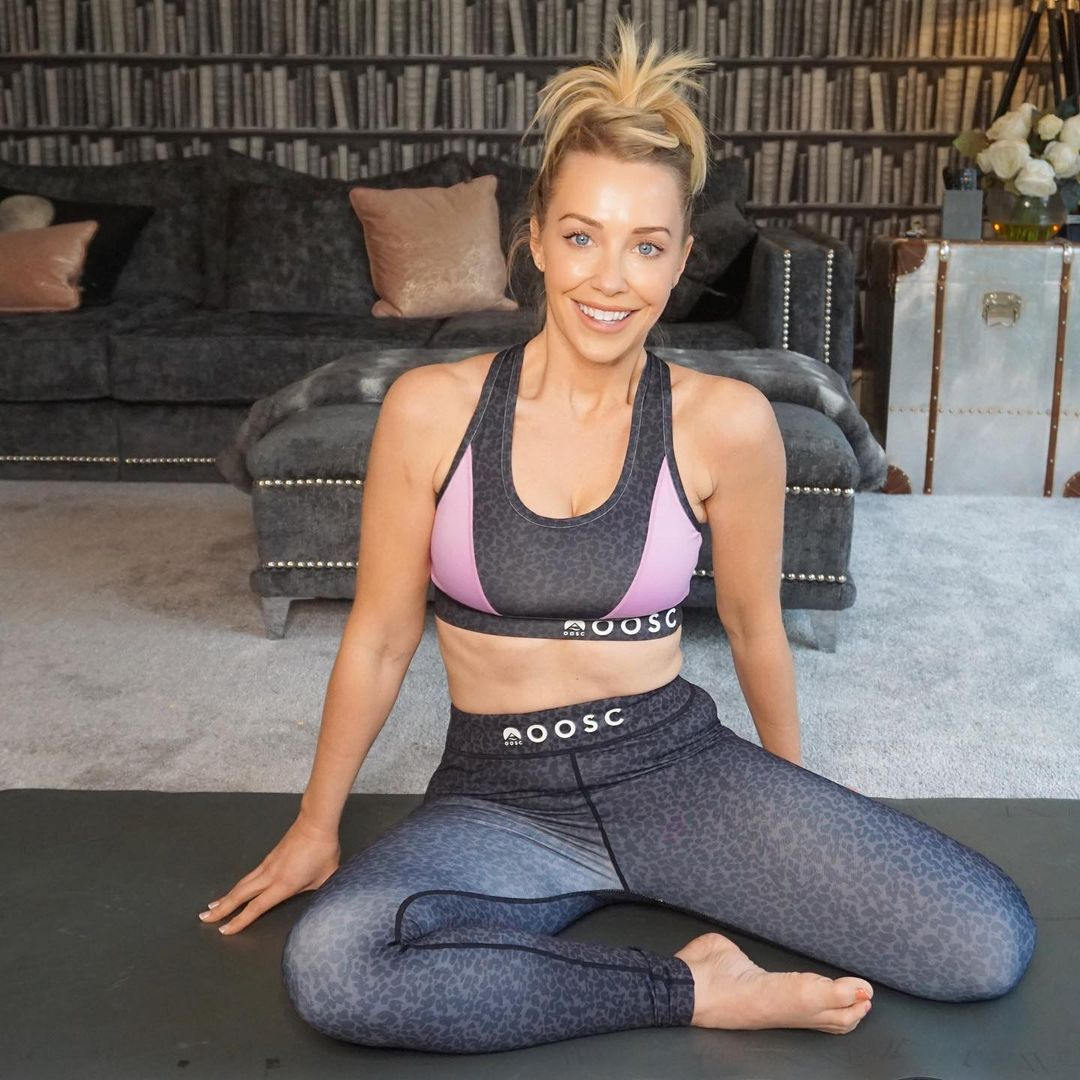 She got her break at 22, starring in CITV preschool show Fun Song Factory, before joining Nickelodeon at 24.

Meanwhile, she has been flipping houses, and more recently running a cafe in South London with Alex.

She says: “I’ve always been a workaholic and entrepreneurial.

“I bought my first house at 19 and have since bought and sold 16 properties.

“When filming for A Place In The Sun stopped during lockdown, I decided to deliver fruit and veg to my local community. They all recognised me as ‘the lady from the telly’. 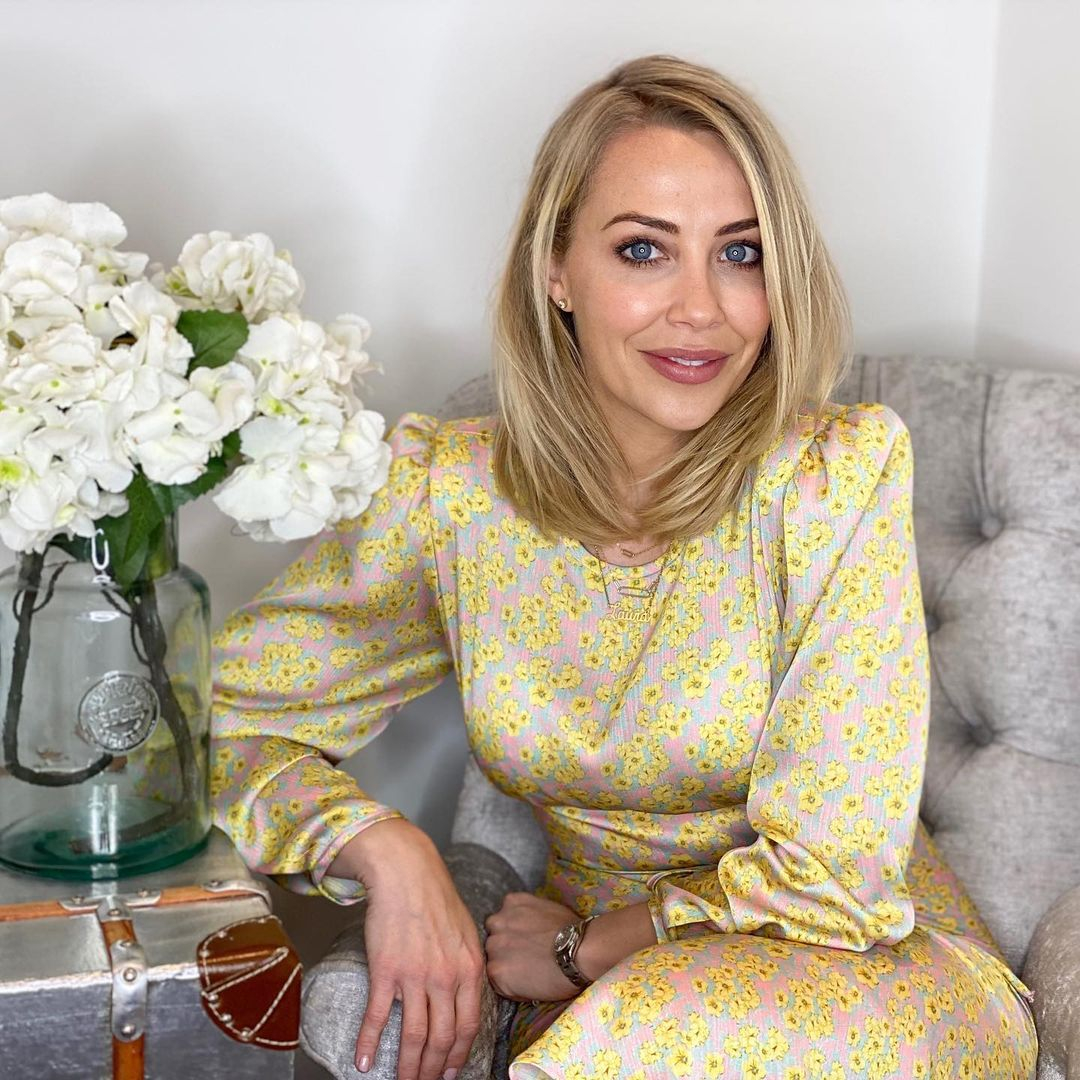 “I am now selling my cafe and bistro.

“The minute I feel like I’m not growing any more, I’m ready to move on.”

Laura turns 40 next year and she says not caring about other people’s opinions is key to body confidence.

She says: “I’ve now got my figure back and love working out.

“I often do shoots for lingerie brand Curvy Kate yet people comment, saying, ‘You are not curvy, though’. 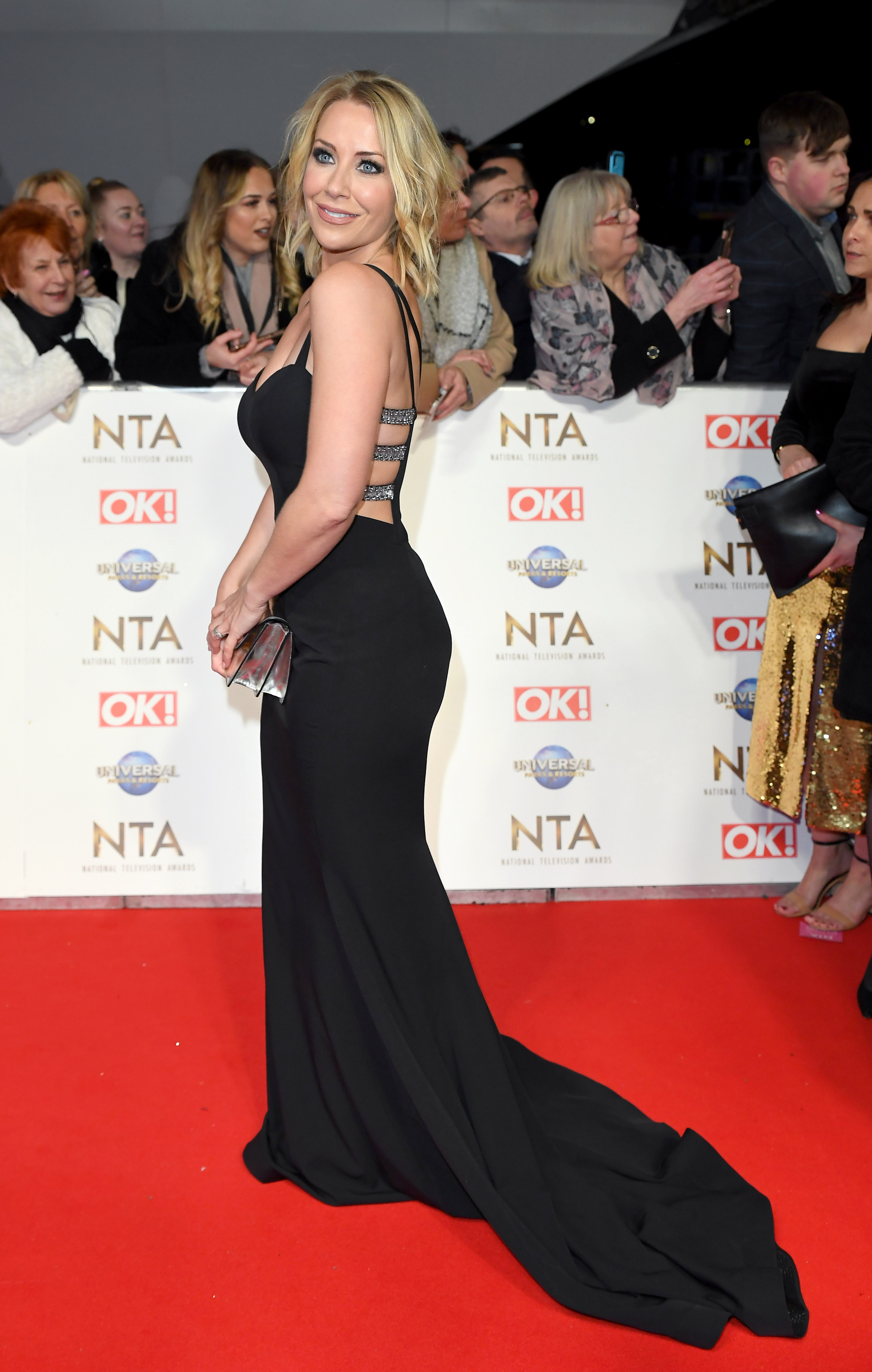 “But I do have big boobs. I just know what poses and clothes work for me.

“At the same time, I’ve realised with age that being happy is more important than worrying what other people think of me.

“So I’ve been to the supermarket in a dressing gown and worn a swimsuit on the school run. Who cares?

“After the year we’ve had, we just need to be grateful we have our health.

“One of the most unattractive things is a person saying, ‘I look awful’.

“If you go out and own it and be positive, then you are going to attract that positivity back.

“Now my kids tell me, ‘Mummy, I want strong legs like you’.”