Ron Jacobson recalled the moment when he knew he would marry Sarah Miller, whom he met through the dating app Coffee Meets Bagel in November 2017 in New York.

“From the very start, I was able to be myself around her,” said Mr. Jacobson, 33, a founder and the chief executive of Rockerbox, an online platform in marketing measurement for direct to consumer brands.

“I had never had that level of comfort in any previous relationship,” he said.

Ms. Miller, 30, is a manager of site merchandising for Macys.com who graduated from Lehigh University in Bethlehem, Pa., said that Mr. Jacobson was her first date from the app. He said it did not take her very long to begin doing the kind of things that made him take notice.

“One day, we were walking into her apartment building and noticed that a blind man was walking out,” said Mr. Jacobson, who graduated from McGill University in Montreal. “We could tell the guy was struggling. “Then suddenly, Sarah runs right up to him and asks him where he is going.” 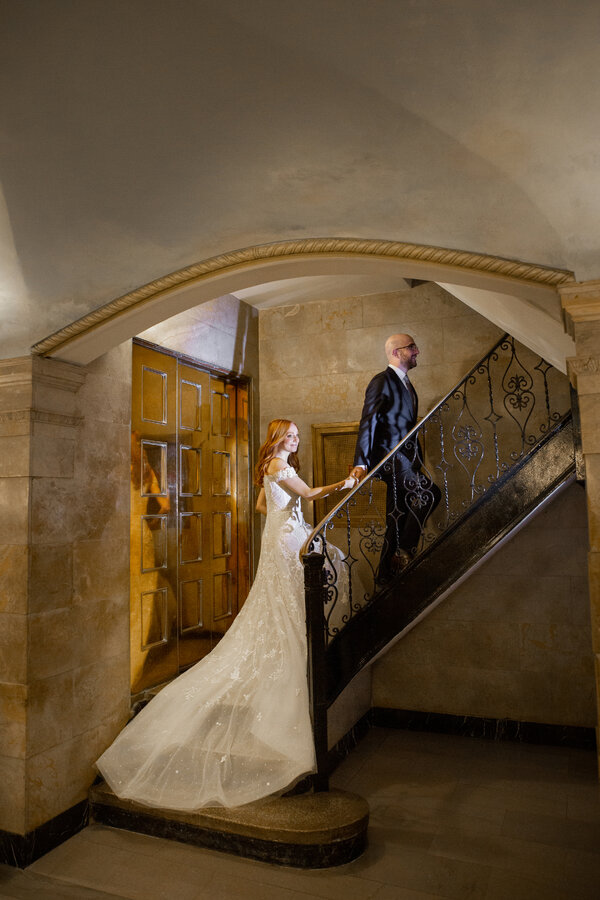 When the blind man told Ms. Miller that he was heading to the grocery store, she took him by the hand and said, “Oh great, I’m going that way, and proceeded to walk him the rest of the way,” Mr. Jacobson said. “It was such a wonderful gesture. “It’s not that I’m mean, but I don’t have her instincts when it comes to stuff like that. She’s truly a warm, wonderful person, and that’s something I picked up on right away.”

Ms. Miller noticed something about him right away that almost became “a deal breaker,” as she put it.

“On our first date, he walks into the restaurant holding his motorcycle helmet,” she said. “At first I thought he was a little bit nerdy but now that I knew he rode a motorcycle, I saw him a bit differently.”

In the ensuing months, Ms. Miller came to accept Mr. Jacobson’s motorcycle, but that didn’t mean she grew to like it. “Those things are horrifying,” she said, “very, very dangerous.”

Ms. Miller, who lived in New York’s TriBeCa neighborhood at that time, and Mr. Jacobson, who lived in the East Village, became engaged on Dec. 15, 2019 in her apartment.

“I never saw anyone cry longer than she cried when I gave her the ring,” Mr. Jacobson said, laughing.

They were married Nov. 1 at Central Synagogue in Midtown before Rabbi Ari Lorge and 20 guests.

They had planned to marry on Jan. 30, 2021 before 250 guests at Liberty Warehouse in Brooklyn, but they worried the wedding reception would have to be postponed because of the coronavirus and decided to move forward with their ceremony. They are now planning to have a celebration there next year.

“At the end of the day, I still got to marry Ron, who has always been a calming presence for me,” Ms. Miller said. “Also, we still had our family and closest friends there, so it was equally as special with 20 guests as it would have been with 250 of them.”