While it may be award season for celebrities and fashion may be on everyone’s mind, the State of the Union address may not exactly be where you’d expect to find style. However, Alexandria Ocasio-Cortez’s cape jacket for the address was a major fashion moment, and her chic style had the internet abuzz.

In case you missed it (and honestly, no one will blame you), Donald Trump’s State of the Union address was last night. While the traditional speech is a more formal occasion, it didn’t stop Ocasio-Cortez as well as the other Democratic women of the House of Representatives from making a major statement with their fashion. If you did catch the address, then it’s almost assured that when the cameras panned out into the packed crowd, you saw women in white. Why? The female Democratic reps all made the decision to wear white in honor of the suffragettes and the work that still needs to be done on The Hill.

Of course, Ocasio-Cortez joined her colleagues by wearing white, but it was the choice of her design that social media loved. While many chose traditional blazers or suits, AOC went for a perfect cape jacket that was at once chic and bold. Basically, now everyone wants a white cape jacket. 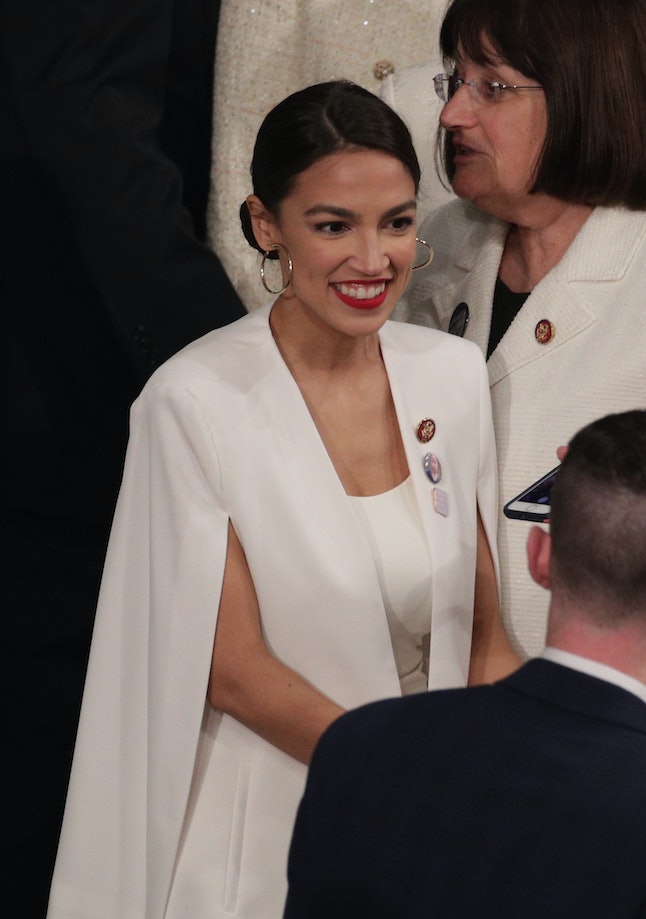 Ocasio-Cortez paired the chic cape with a white shirt underneath as well as sleek white trousers and what seemed to be camel-hued pumps. Of course, it wouldn’t be a classic AOC look without her now signature red lip and hoops. Basically, if the SOTU was a red carpet, she would have been best dressed. 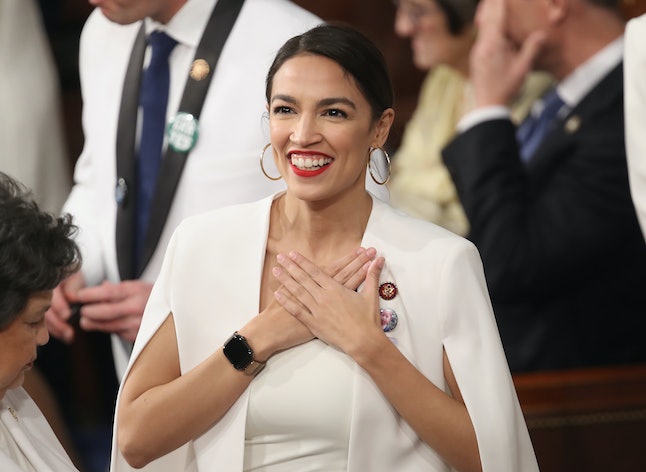 Twitter users quickly picked up on AOC’s sartorial choice and pretty much fell in love with it. From those who just couldn’t help but name her the new supreme (a la American Horror Story: Coven) to those who just really wanted it for themselves, people were obsessed.

Move over, Cordelia. AOC is the supreme now.

Nothing has ever been more accurate than this style comparison. Nothing.

Is there such a thing as big cape energy? 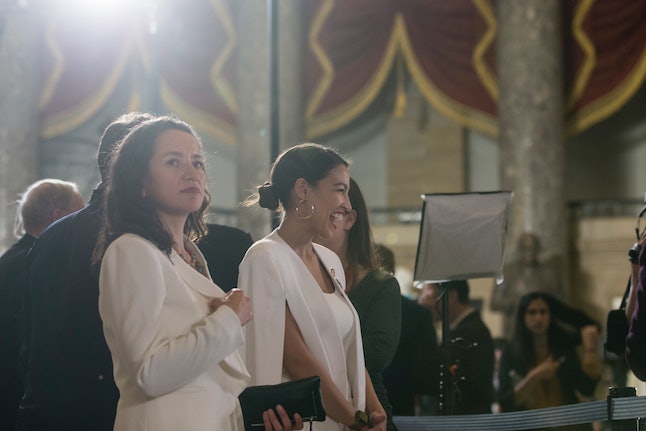 Of course, people wanted to know where Ocasio-Cortez got the cape jacket, and Twitter was quick to cite Zara as the brand. Currently, the piece is still in stock and retails for just under $90. 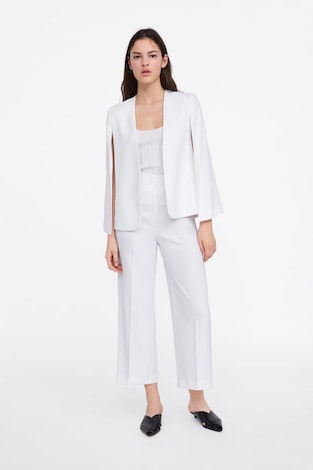 Don’t worry if the cape blazer sells out, though. There are still a few options floating around on the internet for you to emulate AOC’s style. 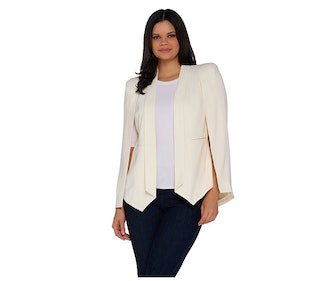 This cape blazer in vanilla is almost completely sold out on QVC’s website, but does offer plus sizes! If you’re cool with a different hue, you’ve also got options. 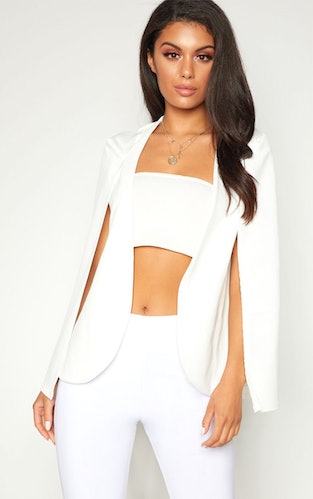 Pretty Little Thing’s blazer is super close to AOC’s own cape. However, you’ll need to snag another color because this white cape is sold out. 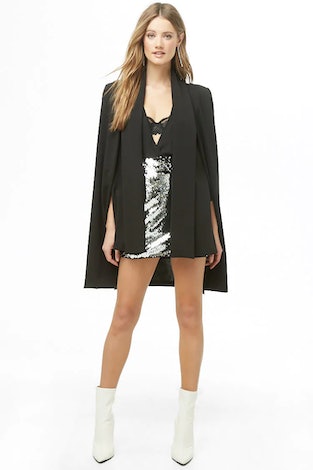 Like the other white capes out there, Forever 21’s version is sold out, but there is a black one you can still snag.

While there are still a few options out there for you to rock a cape like AOC, finding a white one is becoming increasingly difficult. Call it the AOC effect if you’d like, but clearly, people were truly in love with this look.