IF you think having an affair is an absolute no-go for you, think again – you are massively missing out.

Nothing beats the buzz of sneaking around behind a partner’s back or the rush of adrenaline from the fear of being caught in the act. 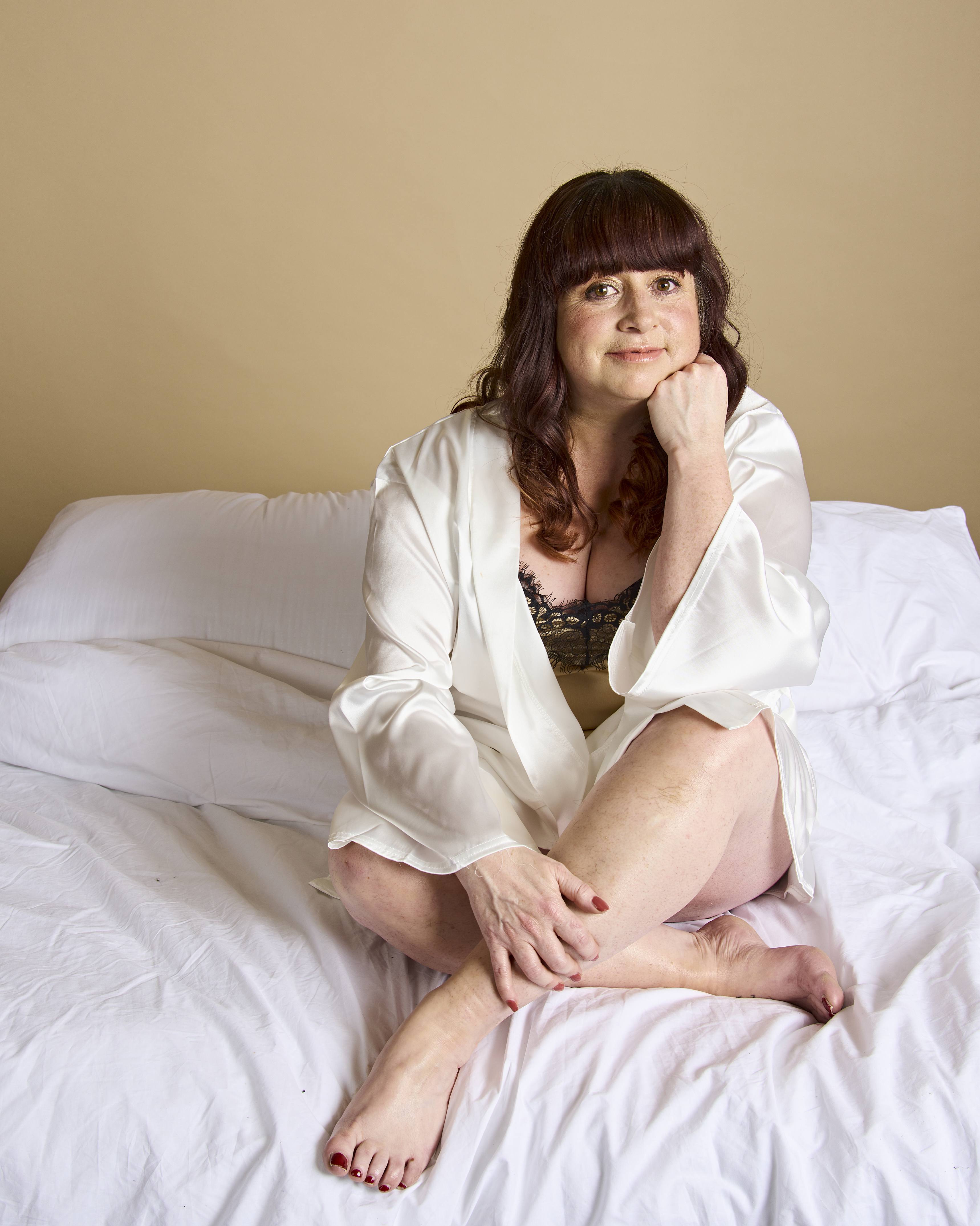 Every woman should try it at least once in their lives.

More than a quarter of women who cheat feel more attractive and 22 per cent feel younger, according to a study by affairs website illicitencounters.com.

And that comes as no surprise to me.

My affair made my skin glow and I felt both youthful and energised — I didn’t need Botox or a gym membership when I had my bit on the side. 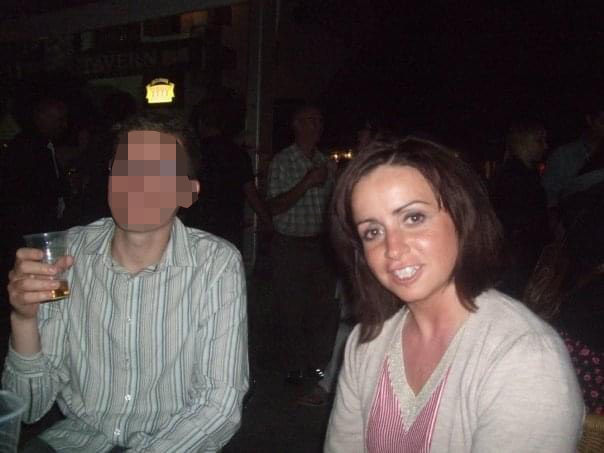 I was in a steady but mundane relationship with James* when my head was turned four years ago by a married man at work.

It was not as though I was looking to cheat, but after a year with James the initial spark had fizzled out.

In the early days he lavished me with meals in fancy restaurants, bought me flowers and made me feel like the centre of his universe.

I had never met a man like him who was completely obsessed with my happiness.

Without warning, though, cracks began to show. I cannot put my finger on exactly when or why it happened but the fun nights out became boring nights in and I felt invisible.

When James did not have his head buried in his phone, he was on his games console.

I was 38 and I could feel my youth and confidence slipping away. I gained about two stone in weight, finding comfort in chocolate and cake.

Yet the more I tried to talk to James about how I was feeling, the more he clammed up. 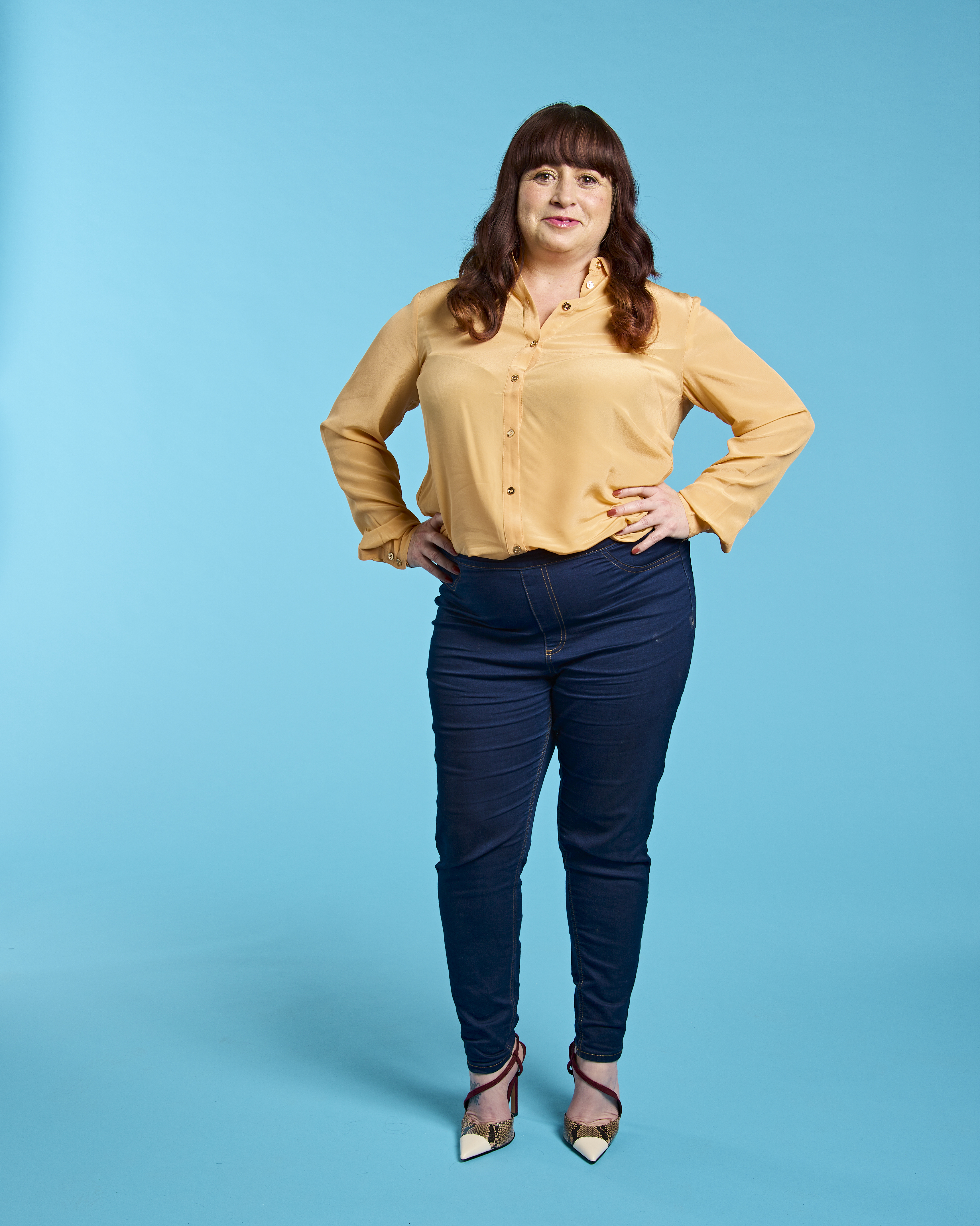 If I tried to spice up our sex life with sexy underwear and killer heels, he spurned my advances.

Sometimes I caught him looking at other women in the street.

So when Andrew* began flirting with me on a work night out, I felt flattered.

He was ten years younger than me and estranged from his wife.

As we laid together afterwards planning our next secret rendezvous, I felt alive for the first time in years

After a few drinks we ended up back at his place having incredible, passionate sex which lasted longer than James’s ten minutes.

I had never experienced a rush like it and as we laid together afterwards planning our next secret rendezvous, I felt alive for the first time in years.

Going back to face James afterwards was not easy, but having spontaneous, mind-blowing sex with Andrew was all I could think about and it erased the guilt.

I became meticulous about covering my tracks, and the prospect of being caught out became part of the thrill.

Andrew and I met up whenever we could without raising suspicion.

I put a lock code on my phone so James could not check my messages and I always made sure it was on silent mode.

I even concocted a story about how I had enrolled on an evening dress-making course so I could get out of the house.

Another time, I conspired with a friend who called me to arrange a night out while James was in earshot. And instead of meeting her, I went to see Andrew. 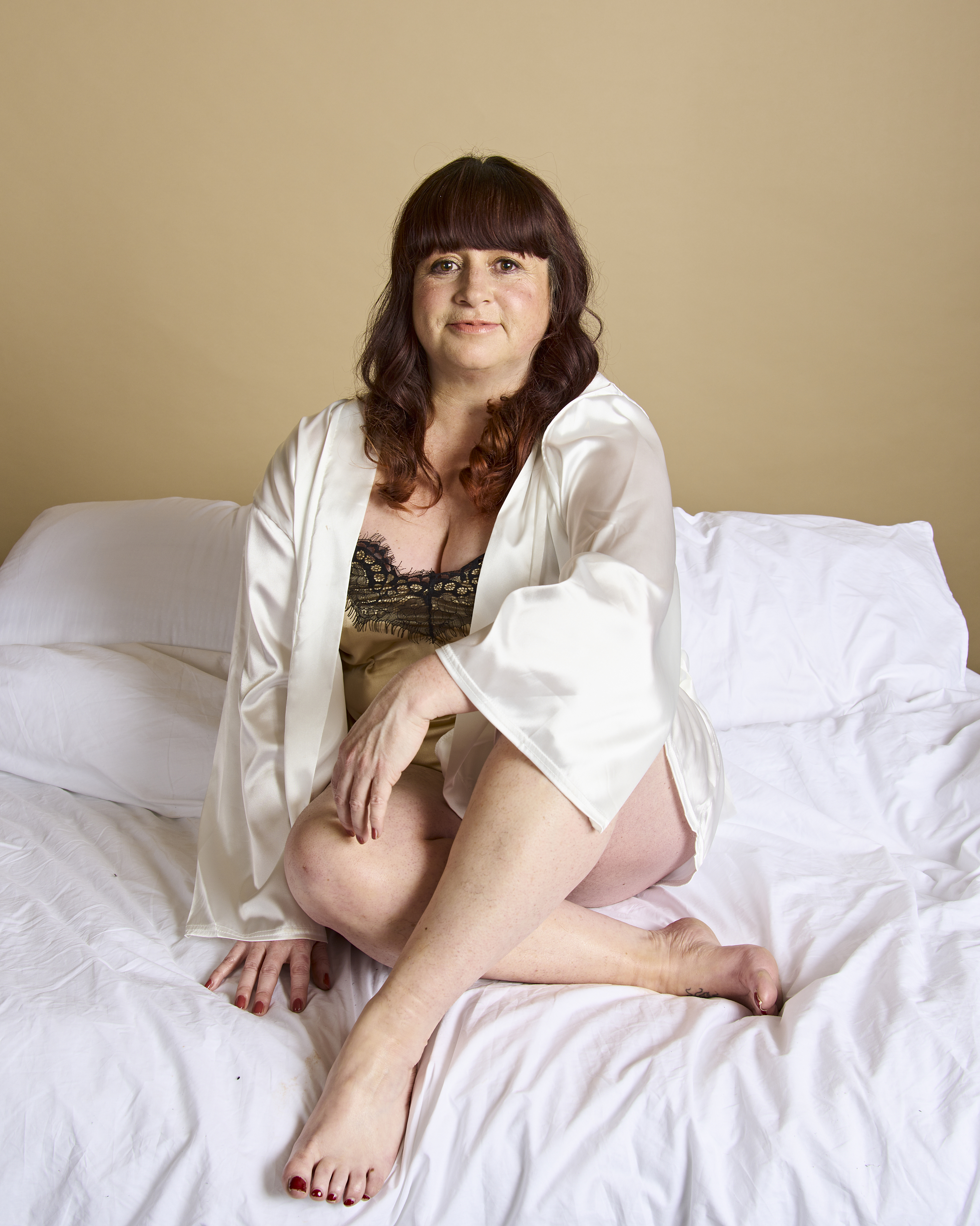 Although the deceit made me feel guilty in the beginning, I pushed it aside.

Sex with Andrew was fun and spontaneous, and I could not get enough — whether it was in a hotel room or on the back seat of his car.

One time we had sex in my living room in the middle of the day when James was at work.

I drew a line at doing it in my and James’s bed because changing the sheets would have made him suspicious.

Andrew made me feel young and sexy again and, unlike James, he complimented me constantly, at a time when I needed it most.

Like many women as they get older, I had become insecure about my body and needed a boost.

I bought lacy lingerie from Ann Summers — being careful to destroy the receipts — and we had the type of wild, passionate sex you see in films.

Going beyond the missionary position and getting out of my sex comfort zone was invigorating. I lost all my inhibitions when we were together.

Women, never say never to infidelity because if you are being taken for granted and your fella will not listen, then it is fair game

In time, Andrew patched things up with his wife and called time on our affair.

It had lasted three incredible months.

I missed the rush of endorphins and by this time my relationship with James was sexless and dead.

Three months on, and after two years together, James ended things, too. 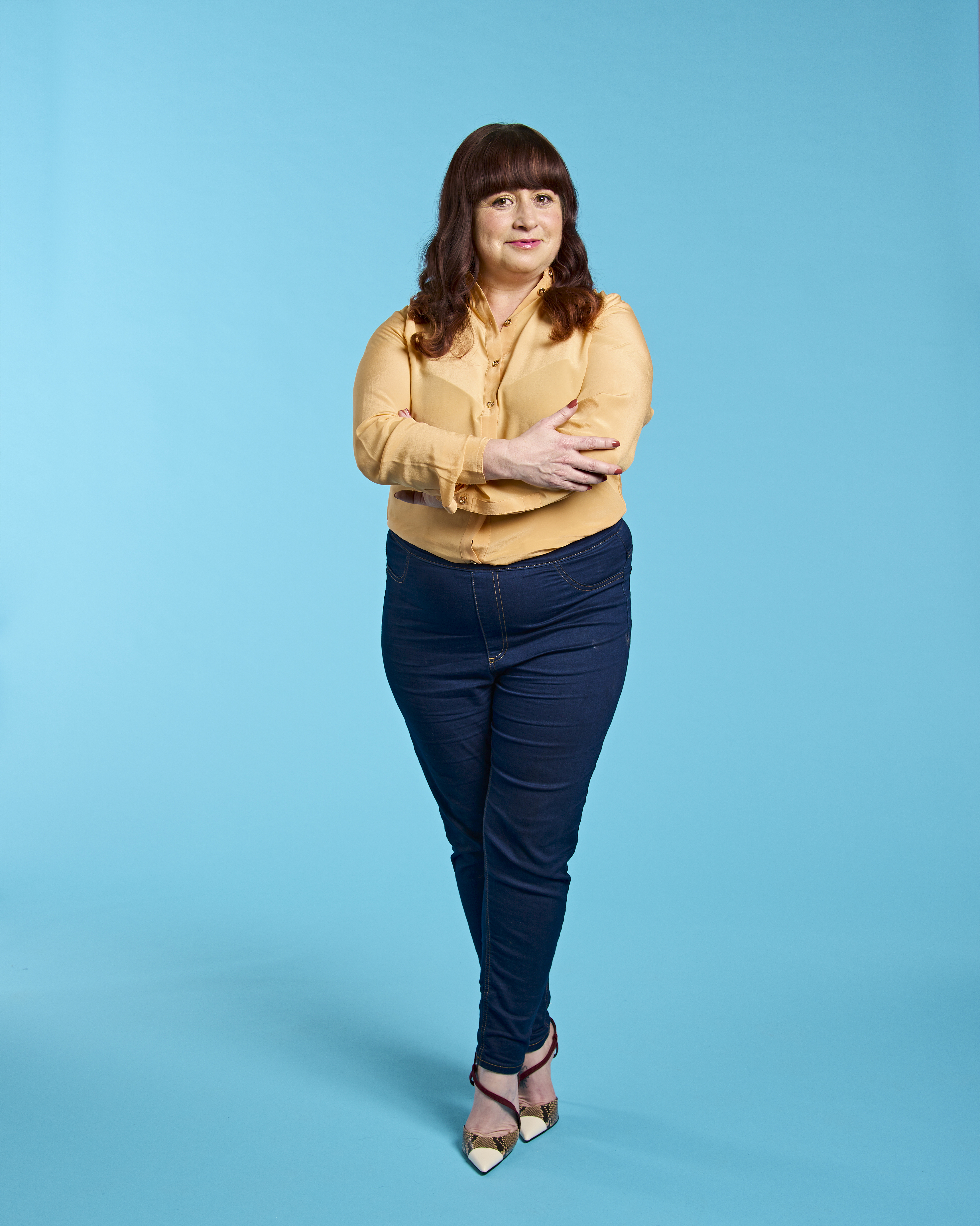 He had no idea about my affair or, if he did, he did not show his suspicions.

Maybe he was getting his kicks elsewhere, too.

I did not fall apart when our relationship ended because my affair with Andrew had shown me that I deserved better.

Although I have been on dates since, I am 46 now and still searching for The One — which has been tough during the pandemic and in a small place like Preston.

Of course, I would much sooner be in a happy relationship with a man who fulfils all my needs and worships the ground I walk on, but I would not rule out cheating again.

So, women, never say never to infidelity because if you are being taken for granted and your fella will not listen, then it is fair game.

Men cheat all the time, so why can’t we?

MANY couples come back from an affair stronger, but they have a long road of hurt to walk before they can rebuild and trust again.

Of course, the sex is exciting in an affair, as the risk of discovery heightens the senses.

But I must pour cold water on any claim that affairs come without tragic repercussions.

The fireworks fizzle and often backfire, leaving a legacy of broken homes, trust and hearts.

Many people turn to an affair because of low self-confidence.

But rather than depend on someone else’s attention to raise your self-esteem, it is better to deal with the root issue.

If there are problems in the relationship, deal with those for a lasting, happier solution.

Call time on a dead-end relationship, rather than be unfaithful and cause more upset.

I get letters from heartbroken men and women who have found someone they loved has cheated on them, and from those who feel lost and ashamed after being unfaithful.

Children get caught in the angry crossfire as relationships break down in the wake of an affair.

Conflict between parents leads to huge distress and mental illness among children.

So for that reason alone, I’ll never agree that having an affair is “fair game”.

A quarter of women who have affairs might feel more attractive but I think I know how the other three quarters feel.

And it’s not pretty.