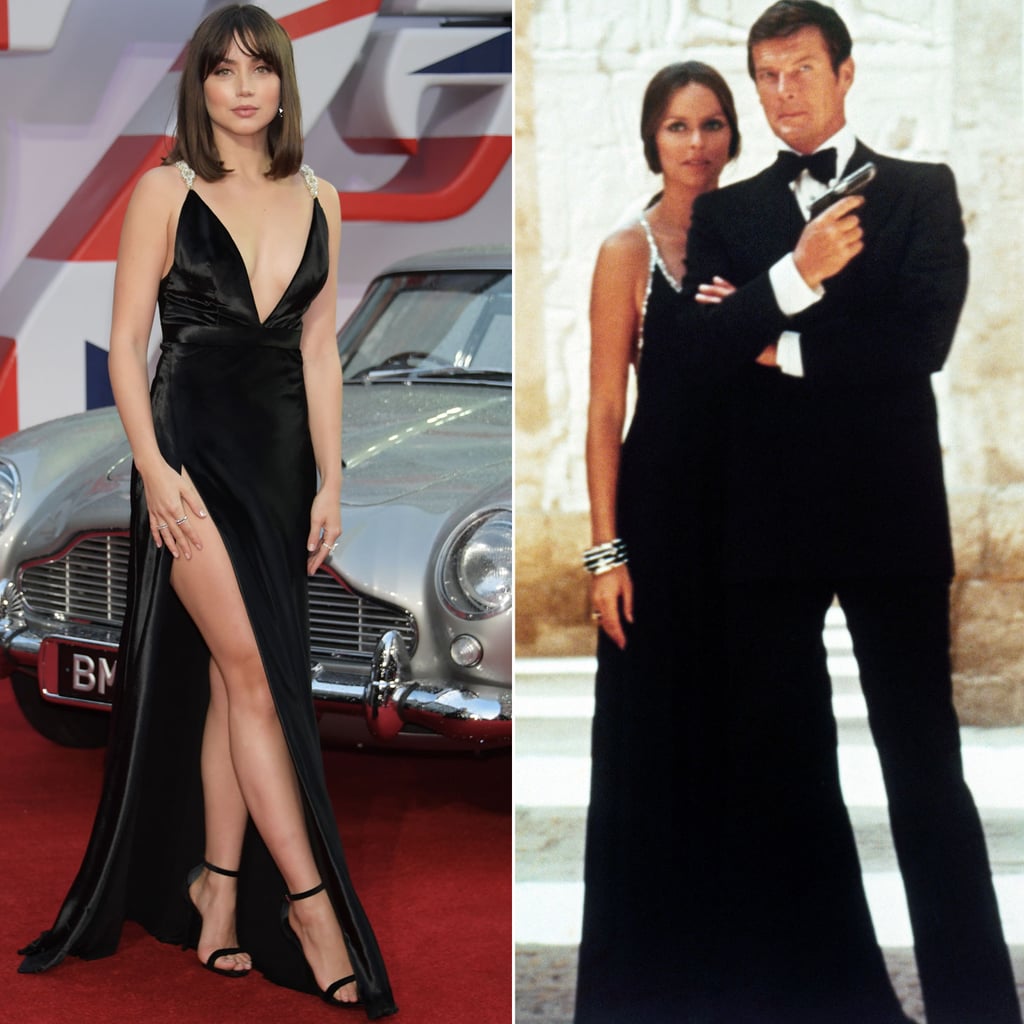 Ana de Armas was one of the many celebrities who wowed us with their red carpet fashion at the world premiere for No Time to Die, which was held at Royal Albert Hall in London last night. From shimmering sequined gowns to luxe velvet tuxedo jackets, it was clear the stars were excited to get dressed up for the occasion — and to pay homage to the glamour of the James Bond franchise. De Armas, however, who wore a custom Louis Vuitton gown, also seemed to want to pay homage to the Bond girls who came before her with her sartorial selection for the night.

De Armas’s black Vuitton dress featured a plunging neckline, thigh-high slit, and embellished straps. And while many of her fellow Bond girls have worn slinky black dresses in the films, this dress seems to evoke one Bond girl in particular: Barbara Bach in The Spy Who Loved Me.

In The Spy Who Loved Me, which was released in 1977 and featured Roger Moore as James Bond, Bach played Major Anya Amasova, aka Agent XXX. Amasova is a KGB agent who, like Bond, is trying to track down a secret microfilm. As the two travel across Egypt to search for it, trying to outdo each other at every turn, they ultimately fall in love. That may be a very (very) brief recap of the film, but what’s important to know is that she wore a long, dark dress that featured crystals along the straps and neckline that looks very much like the dress de Armas wore for the premiere of No Time to Die in 2021, four decades later.

Now, there are some differences. It turns out that Bach’s gown was actually navy blue, whereas de Armas’s dress is black. The former featured two slits versus one, while the latter has a much deeper neckline and fewer crystals. Either way, if you look at the two side by side, it’s clear Bach’s iconic Bond girl gown was at least on de Armas and her team’s radar when choosing the Cuban-Spanish actor’s look for the evening. Keep reading to see for yourself.