Ms. Hawkins is a nudist. She has been a nudist for 38 years. Last year, she performed five nude weddings.

“The bride and groom are usually naked if they want to have a nude wedding, and sometimes they ask me to be. Sometimes I just wear a cover-up,” said Ms. Hawkins who has officiated at nearly 20 naturalist weddings, typically one or two each year, since the early 1990s. “I do whatever they want me to do.”

There are 31,000 registered nudists in the United States, according to Ms. Hawkins who is also the director of club relations for the American Association for Nude Recreation. She resides in Kissimmee, Fla., at Cypress Cove Nudist Resort, a 300-acre facility with hotel rooms, apartments, campgrounds, restaurants and a clubhouse, where she marries couples.

“Usually they’re in their late 20s, 30s, 40s,” Ms. Hawkins said. “One couple I had last year was 62. They had been together for quite sometime and weren’t really planning on getting married. One day they approached me, ‘Hey if we get our marriage license, would you marry us?’” She did.

Couples who opt for clothing-optional weddings are often nudists, but not always. Some brides and grooms have other motivations.

People become nudists for a variety of reasons: to relax, relieve stress, achieve body image positivity and increase self-esteem, according to the A.A.N.R. website.

“It’s different for everybody,” said Regis Pearch, 48, a nudist and activities director at Cypress Cove Nudist Resort. Mr. Pearch has been visiting the club since he was 15 years old, because he knew the owner’s son. “Some people don’t like clothes. Some people like the freedom of it. Over time you just get used to it, and it makes sense.”

“I came out because I don’t like clothes,” said Tabitha Pearch, 35, who originally found the destination in a phone book. She works as a bartender at Cheeks Bar & Grill and Scuttlebutts Lounge on the property.

Mr. and Ms. Pearch married at Cypress Cove Nudist Resort on March 5, 2008. To ensure their families were comfortable, he wore a suit and she wore a dress without regret. However, to celebrate 11 years of marriage, the two will renew their vows in the nude at the resort on February 14.

“I’ve always wanted to do a nude, barefoot wedding,” Mrs. Pearch said. “I get to have my dream wedding!”

Mr. Pearch added: “We were just in a wedding that we had to get all dressed up for, and it was a lot more stressful than rolling up wearing nothing.” 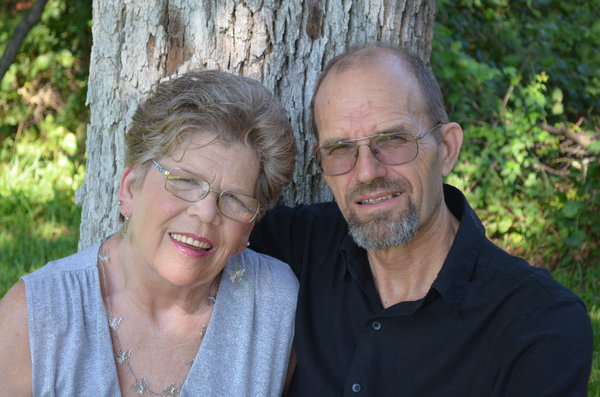 Some brides and grooms, who are not nudists, have other motivations, including the desire to “do something different,” said Ms. Hawkins. “They don’t have to spend a lot of money on the gown.” She added that Cypress Cove Nudist Resort residents and hotel visitors can save more money by reserving the clubhouse as a ceremony venue at no charge.

“They can have the clubhouse, and they have their own little party,” said Ms. Hawkins, who charges $20-$60 for her services, depending on ceremony length. “They don’t have to travel. They don’t have to take a honeymoon, and they can spend more money on their reception.”

Typically, 15 to 20 invited guests, including children, attend clothing-optional weddings hosted at Cypress Cove Nudist Resort. However, often, 50 to 60 passers-by take a peek. “We have a lot of residents. Once there’s a nude wedding happening, and they know, you have a lot of visitors come watch. You end up having a big wedding,” Ms. Hawkins said.

Even though neighbors and strangers show up to nuptials, they don’t take pictures.

“Normally we don’t allow photographs at nudist resorts, anyway. So, we ask people to refrain from doing it,” Ms. Hawkins said.

At Green Valley Nudist Camp in Medina, Ohio, photography is prohibited on-site, according to the camp website, and cellphones prohibited at ceremonies, said Heidi Porta, 44, a Universal Life minister and owner of Exclusively Yours, an event management company in Akron, Ohio. Within the past decade, Ms. Porta, who said she has been a member of Green Valley for more than nine years, has officiated at about 350 Ohio and Pennsylvania-based weddings, including two nude weddings. “This is as comfortable as you’re going to be with your spouse or your partner,” she said.

But not everyone feels the same ease baring their bodies or seeing others in the nude.

Invitees, caterers, D.J.s and outside vendors are notified of the clothing-optional parameters in advance. “The majority of people are nudists, and we are walking around free as a jaybird,” Ms. Porta said. “That is our comfort zone.”

As stated on the camp’s website, every visitor is required to present a government issued photo ID and is screened through national and state sex offender registries, as a safety precaution, regardless of their business affiliations or relation to the couple. Upon entry, friends and family aren’t always required to disrobe. Sometimes the couple doesn’t go fully nude either.

In general, visitors at clothing-optional clubs are allowed to keep their clothes on. At clothes-free resorts, the expectation is that guests will undress. If wardrobe requirements are not stated on the invitation, it’s best to consult with the bride and groom beforehand. After all, sometimes the couple doesn’t go fully nude either.

Jack Seay, 64, and Colleen Gordon, 66, married July 23, 2016 at Wildwood Naturist’s Resort, a 118-acre clothing-free facility, in Decatur, Tex. The groom was completely nude, but the bride wore a see-through dress.

The couple’s ordained minister, maid of honor and best man are neighbors at Wildwood Naturist’s Resort, where the couple also resides in a mobile home. “Most of our friends live here on property or they come on the weekends,” Ms. Gordon said.

Mr. Seay, a Walmart bike assembler, and Ms. Gordon met on the property in 2011. They were engaged for about two years before getting married. “We were friends for a while and then it turned into something else,” Ms. Gordon said. “Lo and behold, we fell in love. I really wasn’t prepared for it. It wasn’t something that either of us were looking for. It just fell into place, and that’s how it worked out.”

The couple planned their 100-person celebration in two months and spent $300 total. The event included a pre-wedding potluck dinner with salad, pies, cookies and other dishes. Dancing, to music from the ‘60s and ‘70s in the resort’s clubhouse, followed the 40-minute ceremony.

Mr. Seay says he likes the dress code where he lives. “I believe that naturism is an ethical and a good way of life. Why wear clothing when it’s not necessary?”

Sign up here to receive Wait —, a weekly newsletter in which Caity Weaver investigates a question in the news and pop culture.