Does anyone in Hollywood have a more signature look than Ariana Grande? No, probably not, and her fans are certainly all about the singer’s look. In fact, Ariana Grande’s oversized hoodies caused a 130 percent surge in searches for the clothing item because apparently, no one wants to say "Thank U, Next" to this wonder woman’s style.

According to Billboard, fashion search website Lyst compiled a list of the musicians who had the biggest impact on fashion in 2018, and topping the list was none other than Ariana Grande. While you may have thought that the item that cause a 130 percent spike in searches was Grande’s famous ponytail, it was actually her hoodies.

When it comes to Grande’s look, there are two staples: over the knee boots and oversized sweatshirts. The singer is the queen of mixing the ultra casual look of multiple sizes too big hoodies with some seriously sexy over the knee boots. Apparently, people really like it.

While fellow artist like Camila Cabello and Rihana inspired spikes in searches for items like red dresses and balaclavas, they couldn’t even come close to the 130 percent spike that Grande’s signature sweatshirts had. Apparently, people are really into being comfortable. Who would have thought? 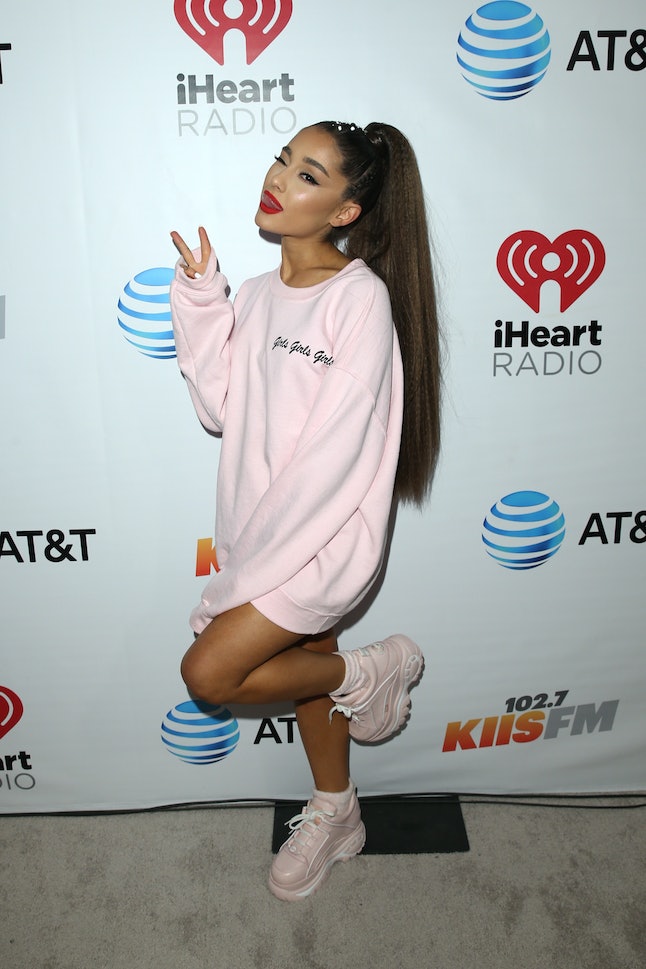 Grande’s sweatshirts are such a part of her style that she’s seemingly had them made for major events. Back in March of this year, Grande paired a March for Our Lives sweatshirt with over the knee boots when she performed at the event in Washington DC. 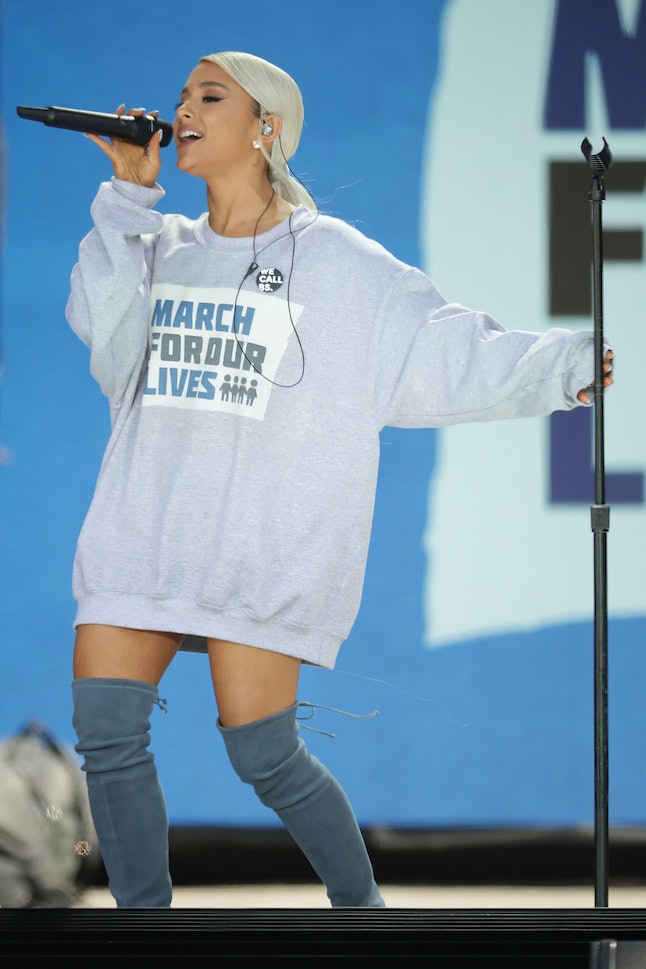 In 2017, Grande organized One Love Manchester to fundraise for fans and attendees impacted by the terrorist attack at her Dangerous Woman tour stop in the city. While last year, Grande again wore an oversized sweatshirt when she performed onstage. 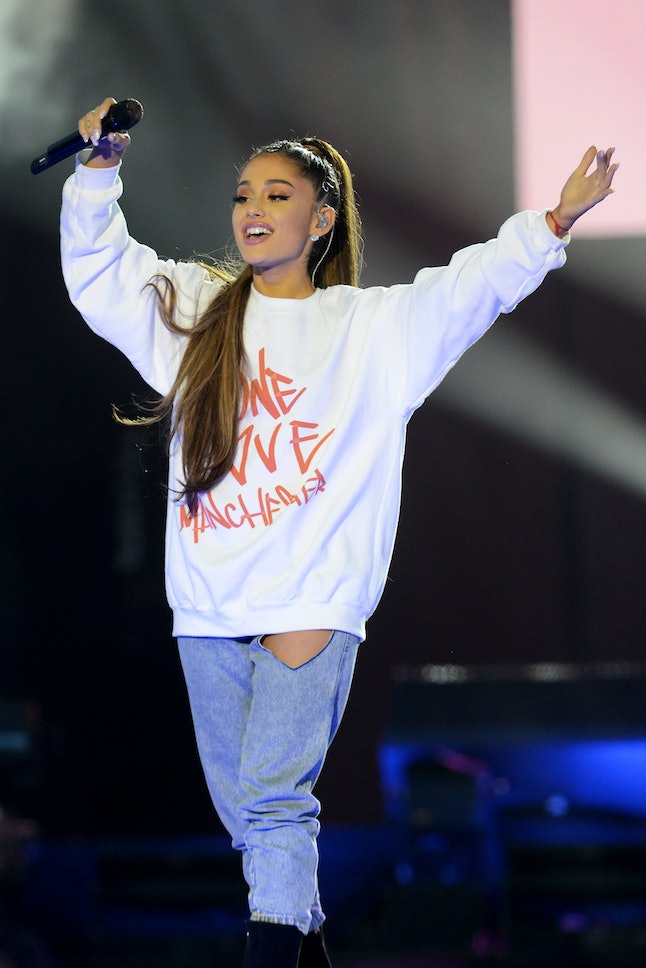 Grande hasn’t just worn the style to perform in, either. She’s also worn the look during television appearances as well. During an appearance on Jimmy Fallon, she and the late night host surprised fans of the singer as they covered her song. In the adorable video, Grande is yet again, wearing an oversized sweatshirt and those signature over the knee boots.

Even during her most recent appearance on The Tonight Show, Grande did her own take on the Christmas sweater (but it wasn’t ugly). During her performance of her new single "Imagine," she wore an oversized red sweatshirt with large white snowflakes on the front, her well-known boots, and that even better known ponytail. Somehow, Grande is able to pull off the look seamless instead of just looking kind of like she didn’t have anything to wear. If only we could all be so lucky.

If you’ve been longing to see if you can also rock Grande’s oversized sweatshirt look, you’re clearly not alone. With a 130 percent spike in searches for the clothing item, it may just be the next big trend going into 2019. Honestly, who doesn’t want to wear oversized hoodies all the time? If there’s going to be a celebrity inspired trend coming for the next year, this one’s pretty solid.