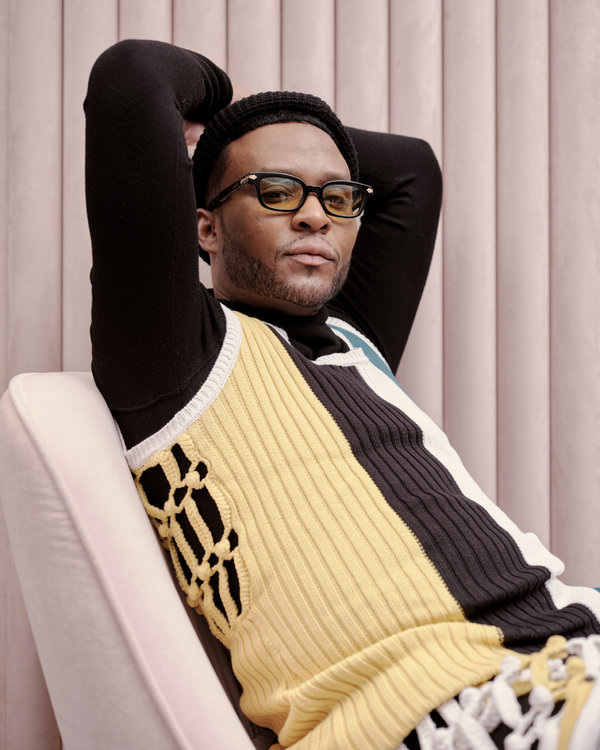 When Ariana Grande stepped on stage at the Times Union Center in Albany for the start of her 80-date Sweetener World Tour this week and began to belt “God Is a Woman,” she did so wearing a mix of haute and street wear, Versace and the independent Los Angeles designer Oscar Utierrè, that signaled the next stage in her professional evolution from Nickelodeon star to global sensation.

Her longtime stylist Law Roach said the point was that she can no longer be put in any single box.

Neither, as it happens, can he. A thoughtful 30-something (he is evasive about his age) who has been helping Ms. Grande define and refine her image since 2015, Mr. Roach has in the process become something of a lightning rod and activist in an industry that has struggled with issues of size-ism, racism and #MeToo.

“I like to grow with my clients,” he said by phone on a break from tour rehearsals in Pennsylvania. Ms. Grande, he said, “went through so much these last two years: the bombing at the concert, the death of what could have been one of the loves of her life, the breakup with Pete.”

Mr. Roach was referring to the singer’s former fiancé, Pete Davidson; her late boyfriend, Mac Miller; and the suicide bombing that killed 22 people in Manchester, England, during her 2017 Dangerous Woman Tour. “It’s just, she has 148 million people on Instagram alone watching her go through it,” he said.

In helping Ms. Grande make the leap from teenage kitten to adult woman-with-a-cause, Mr. Roach is staying true to a career marked by evolution: Celine Dion emerging from grief to become a viral sensation in an $885 Vetements “Titanic” hoodie during Paris couture week in 2016; Tiffany Haddish famously re-wearing Alexander McQueen for the third time to present at the Academy Awards last year.

Most recently it was Zendaya’s masterminding of her Tommy Hilfiger x Zendaya collection during Paris Fashion Week. The show was inspired by the Battle of Versailles, the 1973 face-off between French and American designers that featured a large number of black models, many more than usual runway shows.

“It was about paying homage to the people who opened the door for us,” Mr. Roach said, of the Zendaya show. All of the models were women of color, and included Pat Cleveland, who walked in the Battle of Versailles; Veronica Webb, the first black woman to land a cosmetics contract with a major brand (Revlon); and Beverly Johnson, the first black woman to appear on the cover of American Vogue. Ten of the 59 women, aged from 18 to 70, were plus size.

Black plus size women? “In our community, that’s a given,” Mr. Roach said. “This is the shape of woman we’ve grown up with — my mom, her aunts, her grandma. It had to be size inclusive, because if the women in Zendaya’s family can’t wear it, then she doesn’t want to make it.”

“We all know the average woman is not a size 0 or 2,” Mr. Roach said. “I think it’s just human nature to want to see ourselves, to be represented. When I got into this industry, I didn’t see anyone who looked like me.”

Mr. Roach was the first black stylist on the cover of the Hollywood Reporter’s annual Stylist & Stars issue, in 2017. “I’m still the first to do some things in 2019,” he said. “The more I’ve been around, the more I see where the deficit is.

“It’s award season, I’m taking high jewelry appointments, I see who else is at those appointments. When I go to Paris, I see who’s at the shows. During the Oscars, I’m backstage with Mary, and I see what that landscape looks like,” he said of last year’s ceremony, where Mary J. Blige, a client, was nominated for best supporting actress and best original song, for “Mudbound.” “Why is this still the landscape? Why does it still look this way? I just always come back to the question: Is it talent or is it opportunity?

“You get to this position by first being someone’s intern,” Mr. Roach said. “And then an assistant. I don’t see black assistants, or black interns. Everybody’s not going to meet a Zendaya and have the gumption or the ability to figure everything out.”

Mr. Roach grew up on the South Side of Chicago, the oldest of five siblings, with a single mother. “I grew up very, very, very, very poor,” he said. “Single parent, shelters. I was a kid of the streets.”

Far from thinking about fashion, he was thinking about how to feed his siblings. “I was always big brother/mother because my mother suffered from alcoholism and drug addiction,” he said. “I had to cook. I had to clean. I raised my youngest brother when my mom passed away. I grew up with nothing. Literally, nothing.”

While working as a bartender, he and his best friend opened a vintage clothing store called Deliciously Vintage. One day in 2009, Kanye West walked in, and Mr. Roach was soon fielding inquiries from around the world.

“People started calling the store, ‘Hey, I’m a stylist for this magazine, do you have. …’ It triggered something in me,” said Mr. Roach, who started calling himself a stylist. Now he calls himself an “image architect,” because, he said “I didn’t have someone else’s formula of how to do this job, I created my own.”

Two years later, one of his customers, a close friend of Zendaya’s father, invited him to Los Angeles. Zendaya, then a budding Disney star, was going to Justin Bieber’s “Never Say Never” premiere. “They were going to the mall to find something to wear, and my friend Chastity was like, ‘Oh, you should take Law. He loves clothes, he can help,’ Mr. Roach said. “So, we all went to the mall. And Zendaya and I have been together ever since.”

Now Mr. Roach is gearing up to help Zendaya with the press tour for “Spider-Man Far From Home” with Tom Holland, as well as starring in the Bloomingdale’s 2019 spring “Mix Masters” campaign, as himself. He is also eyeing a creative endeavor, whether it is taking the helm of an existing brand or starting his own.

Mr. Roach believes people must demand change, and at all levels. “This next generation of girls in Hollywood — the Zendayas, the Yara Shahidis, the Kiki Laynes — these women are coming in asking to work with people who look like them,” he said. “That’s the only way this landscape is going to change. We have to be able to be in these rooms.”