Happy Birthday, Millie Bobby Brown Opens a New Window. ! The Stranger Things actress turns 15 on Tuesday, February 19, and we’re celebrating by highlighting her rapid ascent to style star status on and off the red carpet.

In 2018, we named the British beauty one of our breakout style stars of the year Opens a New Window. because she’s managed to top countless best-dressed lists and provide all kind of fashion inspo — all before she’s even old enough to drive. Working with stylist Thomas Carter Phillips Opens a New Window. , Brown has managed to cultivate a whimsical and age-appropriate style that includes flirty frocks, darling dresses, chic separates and more.

Case in point: her much buzzed-about look at the 2018 SAG Awards. As though her millennial pink sequined Calvin Klein 205W39NYC mullet dress wasn’t adorable enough, she paired the halter design with a pair of white Converse sneakers. Oh, and then there were the bow-adorned space buns and rosy lips that finished off the playful look.

Needless to say, it didn’t take long for fashion designers to take notice of Brown’s sweet style. She’s already starred in major ad campaigns for Calvin Klein and the Moncler Genius incubator (she memorably wore a sleeveless puffer-inspired gown to the brand’s fall-winter 2018 fashion show during Milan Fashion Week last year), and we’re sure there will be plenty more where that came from considering how comfortable she feels in front of the camera.

“Modeling is very close to my heart,” she told InStyle Opens a New Window. in 2017. “I feel like just taking pictures is amazing. You’ll feel if you did a good job in that shoot—or if you feel like you haven’t, then you haven’t. But some pictures turn out to be iconic, and it means so much.”

In honor of the actress’ 15th birthday, we are taking look back at some of her cutest style moments. Keep scrolling to see all of Brown’s best looks! 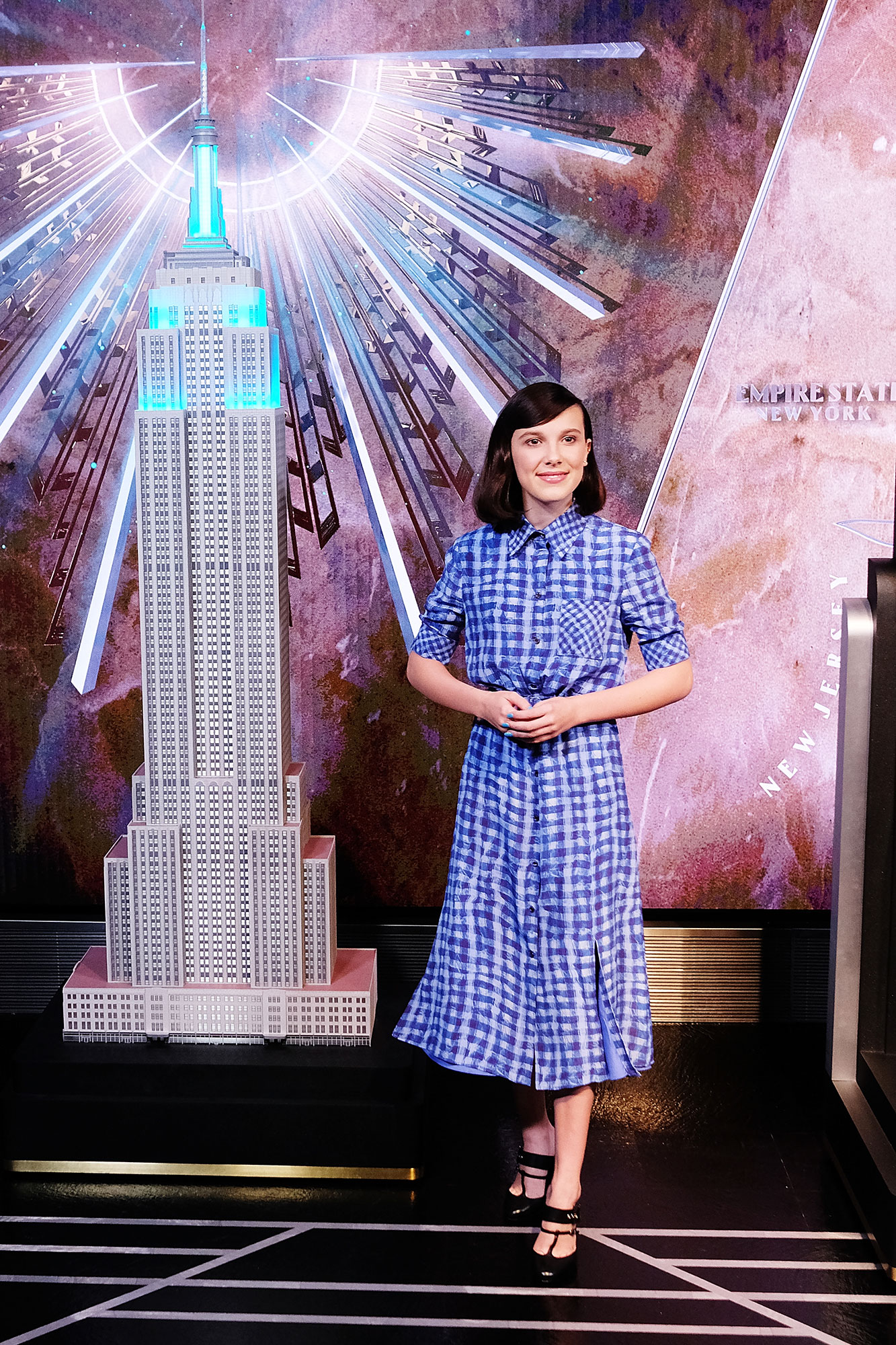 Lighting up the Empire State Building blue in honor of World Children’s Day on November 20, 2018, the UNICEF ambassador was thematic in a gingham Altuzarra frock. 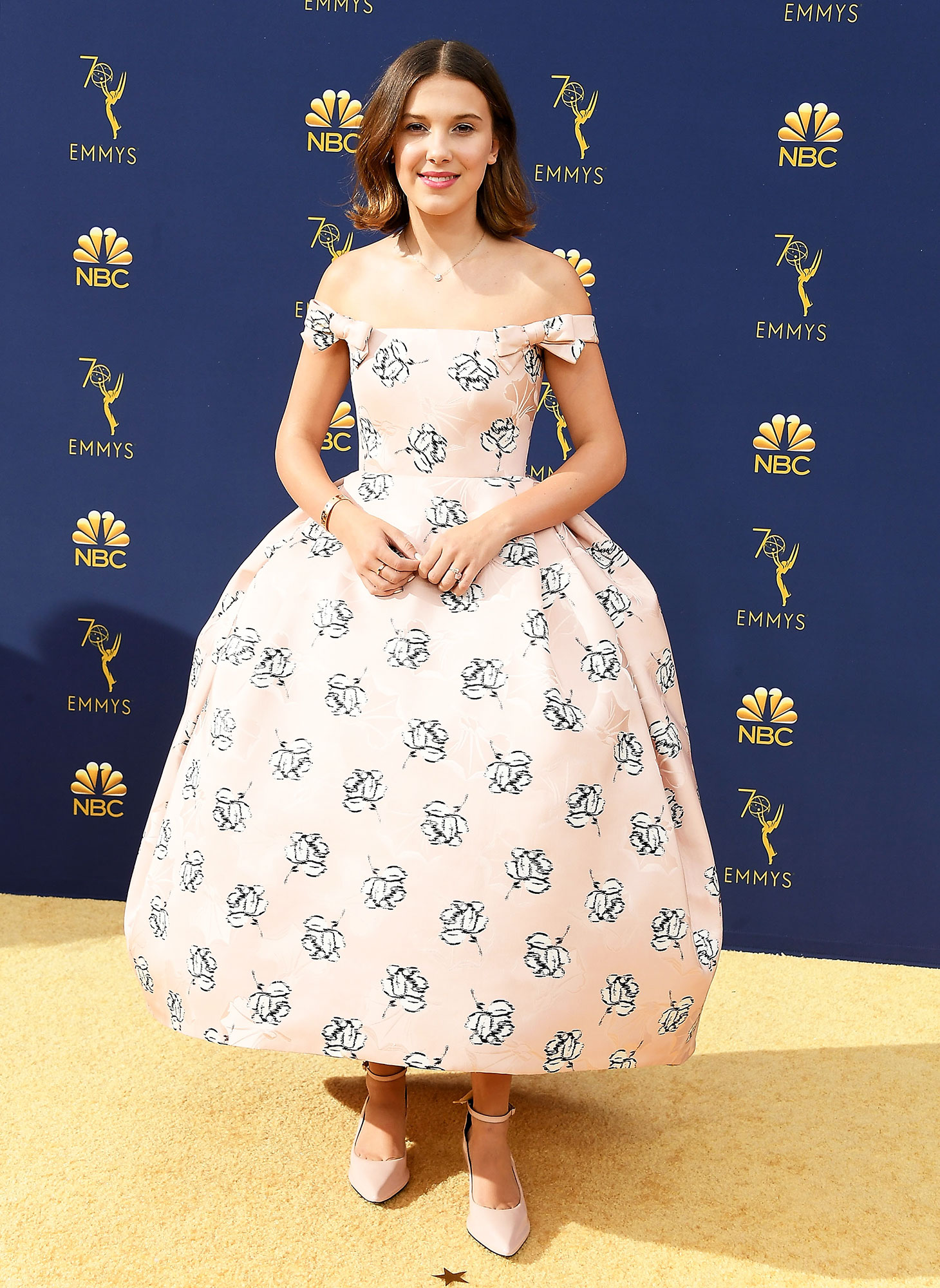 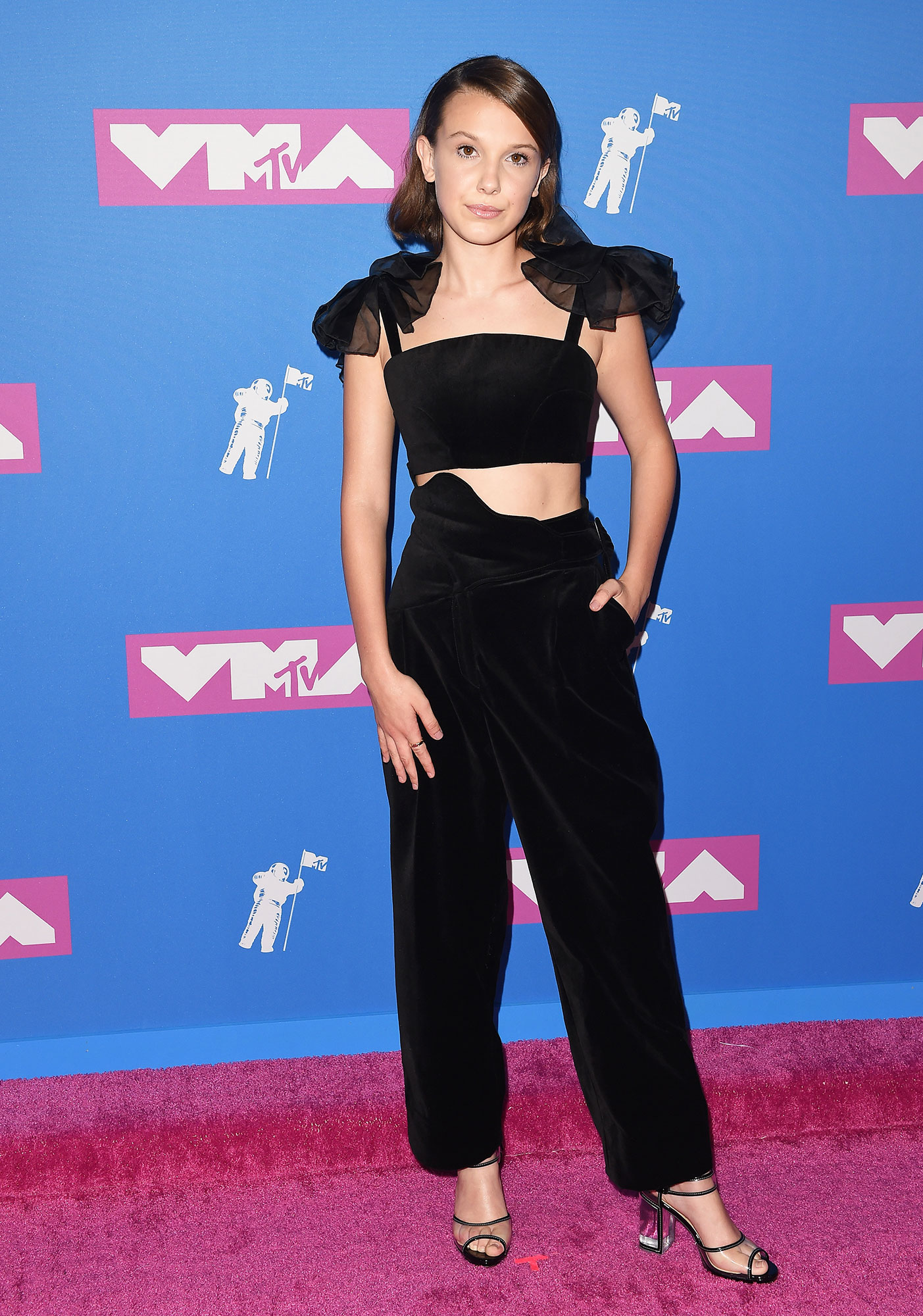 Who needs a dress when you can rock a cute jumpsuit as the actress did in her ab-baring black Rosie Assoulin number at the 2018 MTV Video Music Awards. 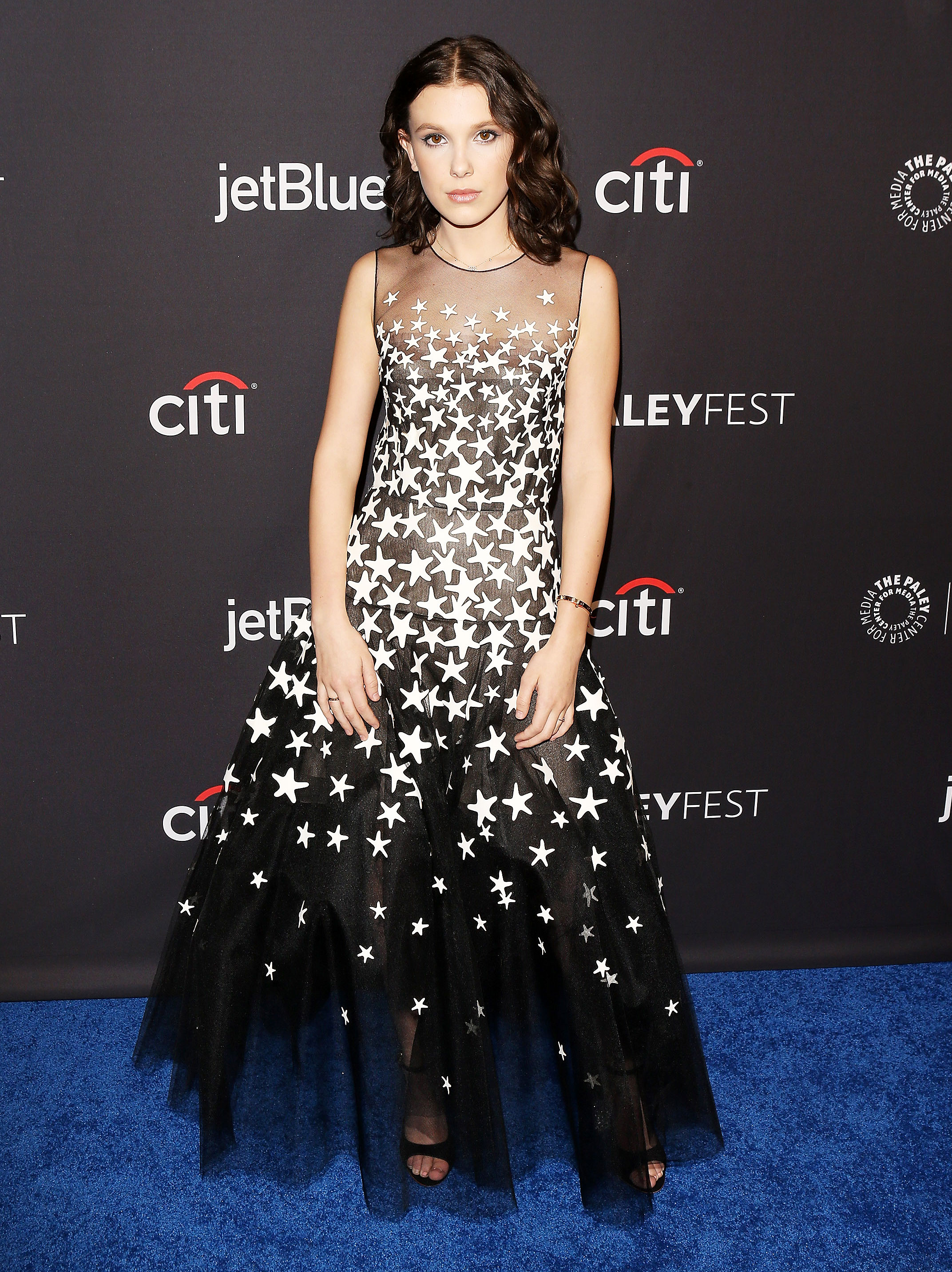 The actress wore an aptly star-printed tulle frock from Oscar de la Renta to PaleyFest to talk about her hit show on March 25, 2018 in Hollywood. 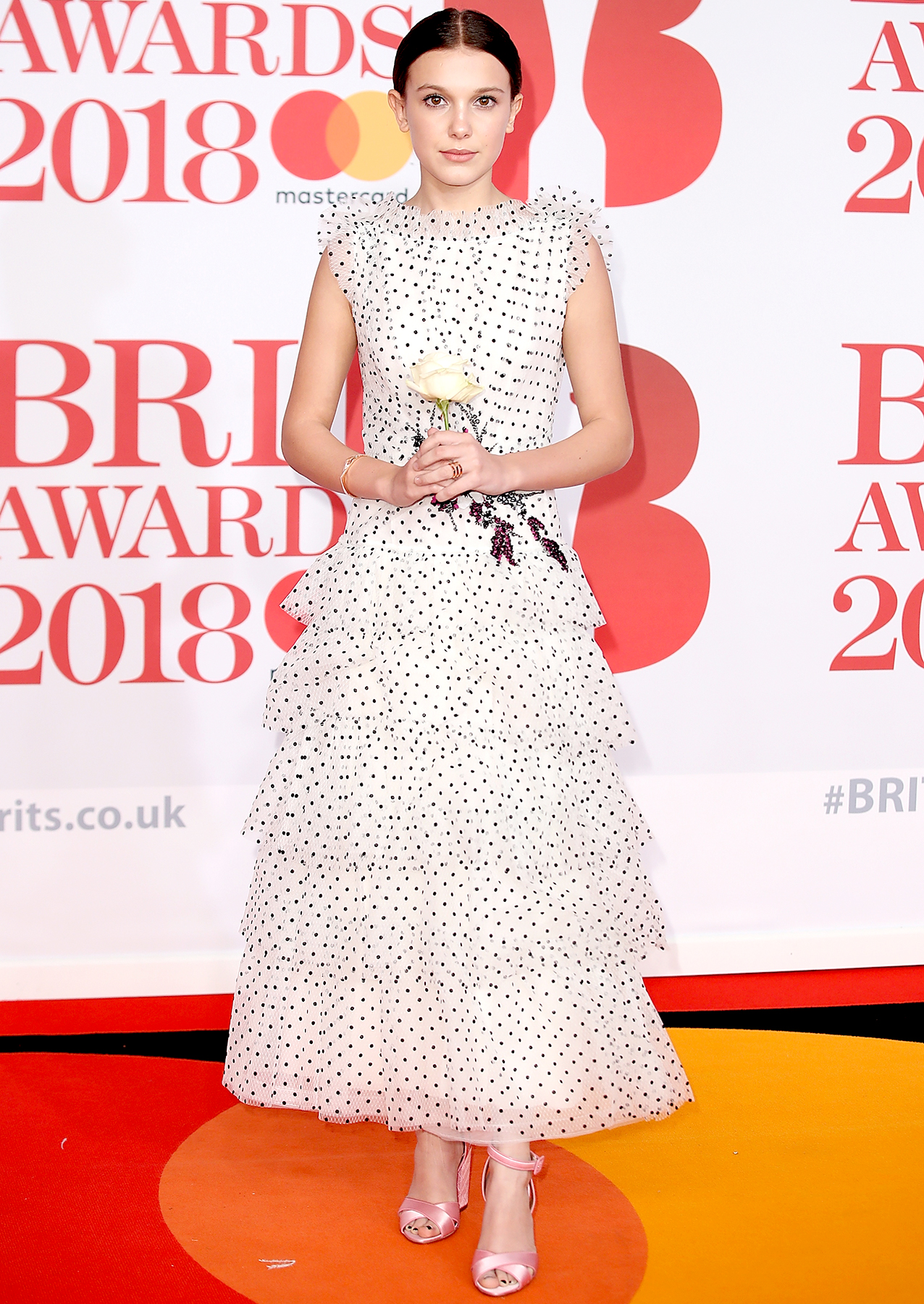 The young star found a style that was age-appropriate but still somehow sophisticated — all while channeling Little Bo-Beep — for the 2018 Brit Awards. That’s talent.