The festive set, currently on sale for £17, features the letters OCD – with Rudolph's red nose forming the O – before spelling out its message. 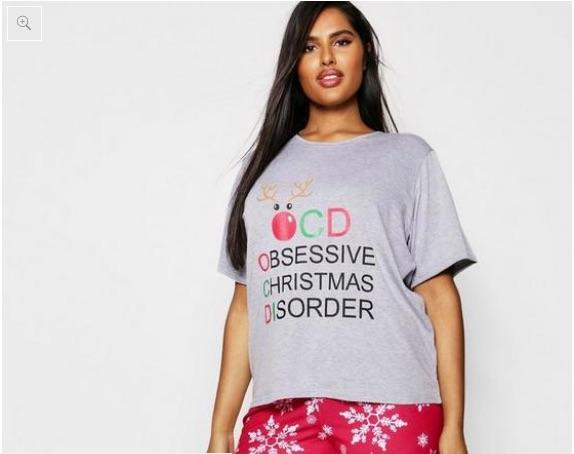 The nightwear sparked outrage online, with one shopper tweeting the retailer saying: "Hey @boohoo, what's with these pyjamas?

"OCD is a real, valid metal illness, that effects and can destroy lives. Its not something to make jokes about.

"I know for a fact that there would not be pyjamas with jokes about depression, bipolar disorder, anorexia etc." 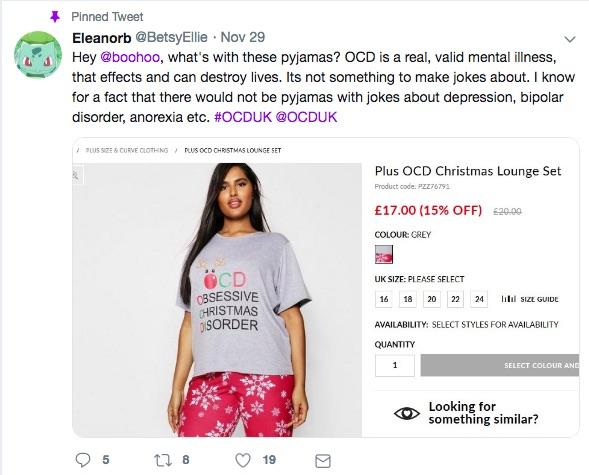 Olivia Bamber, the Youth Service and Communications Manager of OCD Action, said: “Products which mock or trivialise OCD add to these misconceptions and can stop people who are genuinely affected by the condition seeking help, often due to a fear that they will not be taken seriously.

“It’s important that we challenge these trivialising products, even though their intention is not to cause any distress or offense.

“OCD Action welcomes conversations with organisations and is happy to help educate them about how they can contribute positively to people’s understanding of this debilitating mental health condition.”

OCD-UK has also contacted Boohoo about the item and was told Boohoo will review whether or not to ban it from sale.

It comes after TK Maxx was forced to apologise and pull a line of OCD Christmas kitchenware from sale after receiving a backlash from campaigners online. 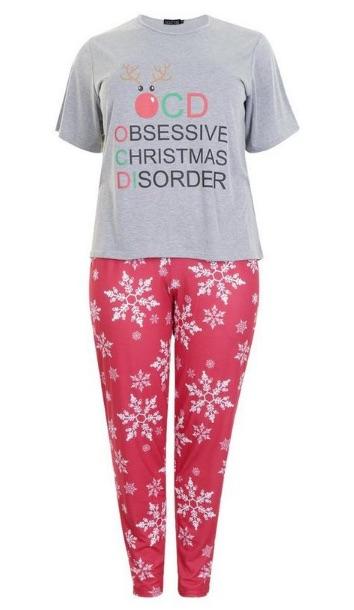 Ashley Fulwood, of OCD-UK, said it isn't the first time they've had to battle offensive products.

Ashley said: “There are two issues – one is that it trivialises it and the second is that it fuels these misconceptions of OCD being something quirky.

“It fails to recognise that the D in OCD stands for disorder.

“It’s not just a case of us being easily offended. People fail to realise how severe it can be.

“It destroys lives, relationships, careers and sadly we have tragic consequences of people taking their own lives.”

A Boohoo spokesman said they are investigating.

The NHS recently warned tots as young as TWO suffer mental health problems, with one in eight kids at risk.

From bad moods to emotional outbursts, these are the nine signs your child could have a mental health disorder.