A BRIDE proudly announced that her wedding theme was ‘trophy wife’ – and people are absolutely horrified!

A member of Facebook group 'That's it, I'm wedding shaming' shared a pic of the wedding that she found on Reddit and people couldn't believe what they'd read. 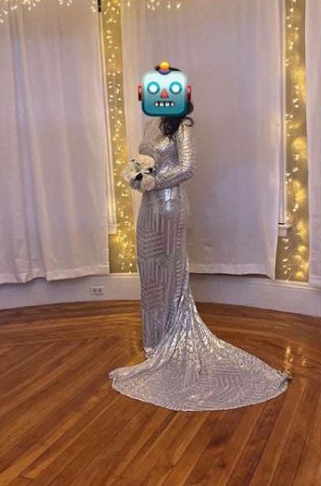 It's a familiar scene of a stunning bride standing proudly in her dress, clutching a bridal bouquet in her official wedding pictures.

In the snap, the anonymous bride stands proudly wearing a long-sleeved, high-necked silver gown with train.

And at first glance there is nothing unusual about the scene, until that is that one realises her theme is 'Trophy wife in the New Year.'

A group member shared the snap to the Facebook group but made sure to protect the bride's identity with a robot emoji over her face. 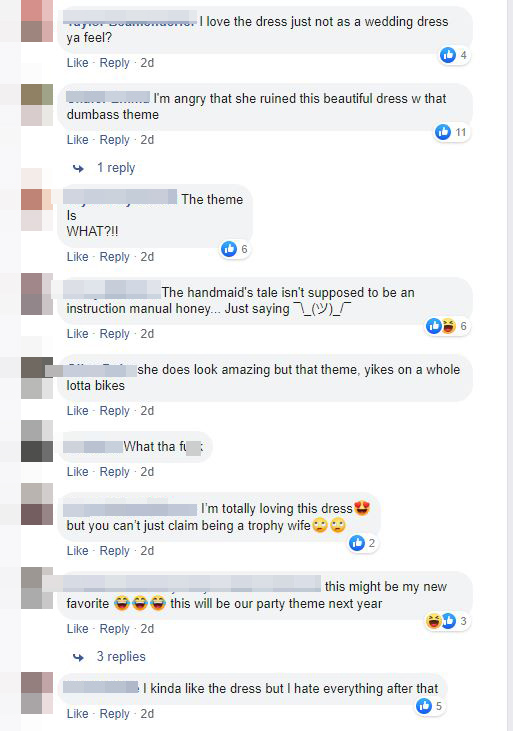 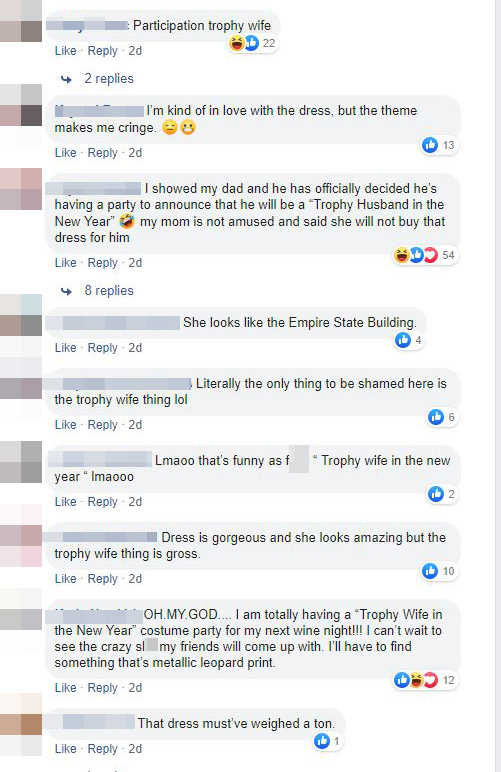 And members couldn't believe the motif, with many calling it "cringe" and "gross."

Though the general consensus seemed to be that the metallic dress was beautiful, but the theme not so much.

One ranted: "I'm angry that she ruined this beautiful dress with that dumbass theme."

While another, seemingly confused, user questioned "the theme is WHAT?!!" 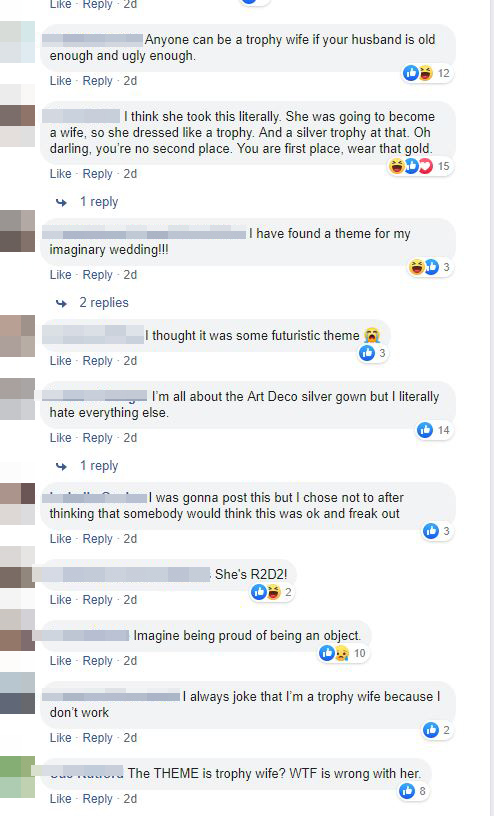 Another acknowledged that "she does look amazing but that theme, yikes on a whole lotta bikes."

And one had issue with the bride defining herself as that, saying: "I'm totally loving the dress but you can't just claim being a trophy wife."

Another bemused group member mused "imagine being proud of being an object."

And one did actually compare her to an inanimate object, saying "she looks like the Empire State Building" in the unique silver gown.

While another more optimistic poster had a different, more elaborate theory that "she took this literally.

"She was going to become a wife so she dressed like a trophy. And a silver trophy at that. Oh darling, you're no second place. You are first place, wear that gold."

One thing is for sure, her dress may have been a hit but her theme was almost certainly a 'catas-trophy!'

In other wedding news, we told you about the pregnant bride who shamed her own wedding dress after her mum banned her from wearing white.

We also told you about the woman slammed for showing off her 'ugly' engagement ring – while driving at 40mph.

Plus we revealed how a bride has been slammed for tying her baby to her dress before walking down the aisle.