But one bride-to-be has opted for a rather unpopular approach, by deciding not to provide any food at her wedding – during both the reception AND the evening do. 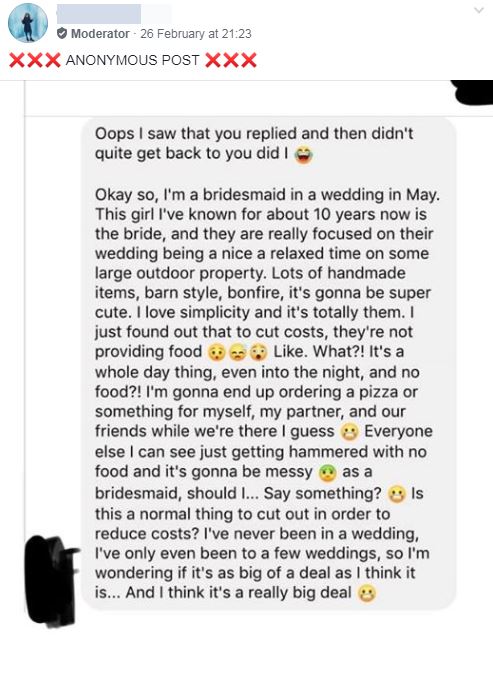 Posting anonymously on a wedding shaming Facebook group, one woman wrote: "I'm a bridesmaid in a wedding in May.

"This girl I've known for about 10 years now is the bride, and they are really focused on their wedding being nice and relaxed on some large outdoor property.

"Lots of handmade items, barn style, bonfire, it's gonna be super cute. I love simplicity and it's totally them."

The bridesmaid continued to explain that although the wedding sounds great, the couple intend to cut costs by not providing catering. 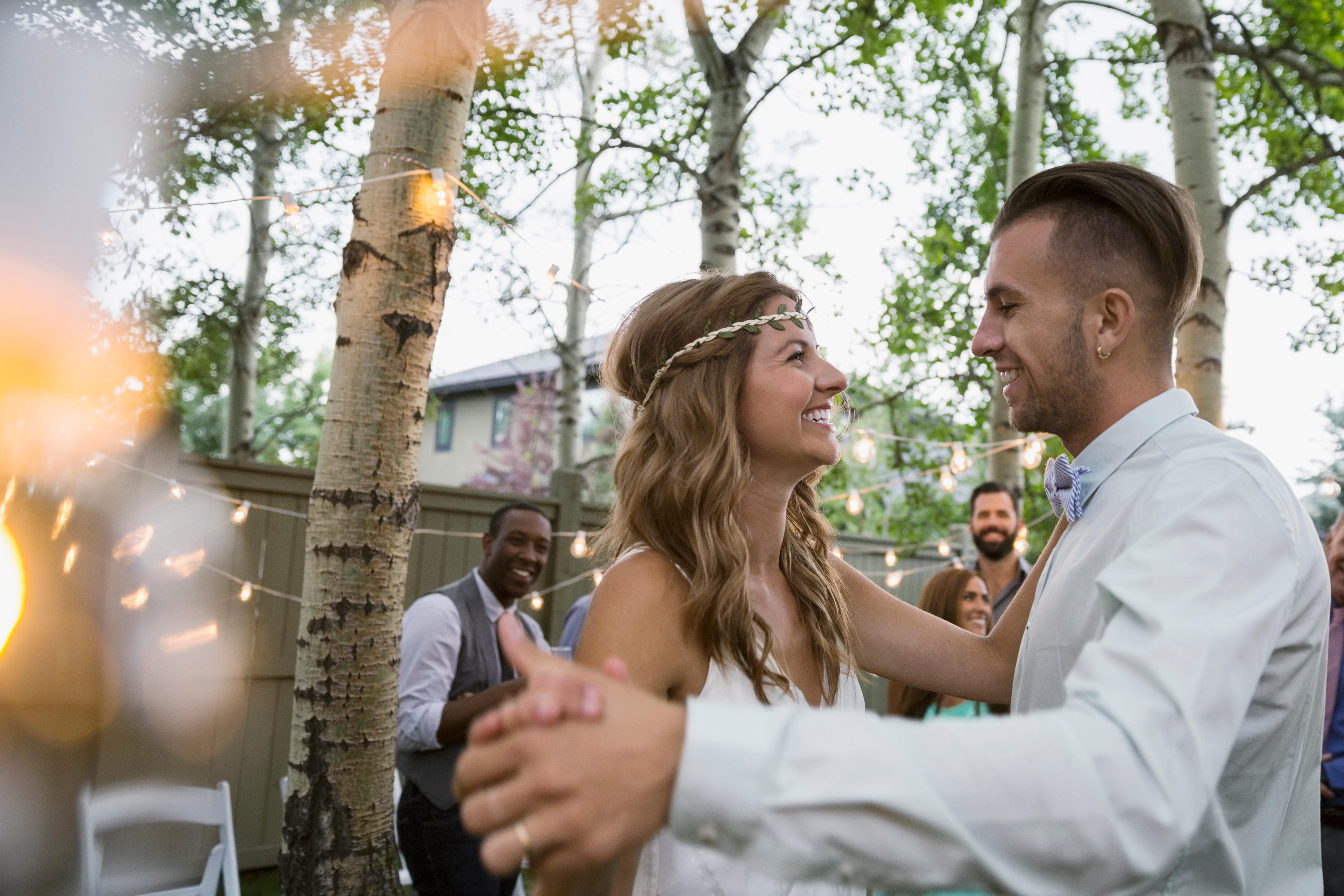 "I just found out that to cut costs, they're not providing food," she continued.

"I'm gonna end up ordering a pizza or something for myself, my partner, and our friends while we're there I guess.

"Everyone else I can see just getting hammered with no food and it's gonna be messy." 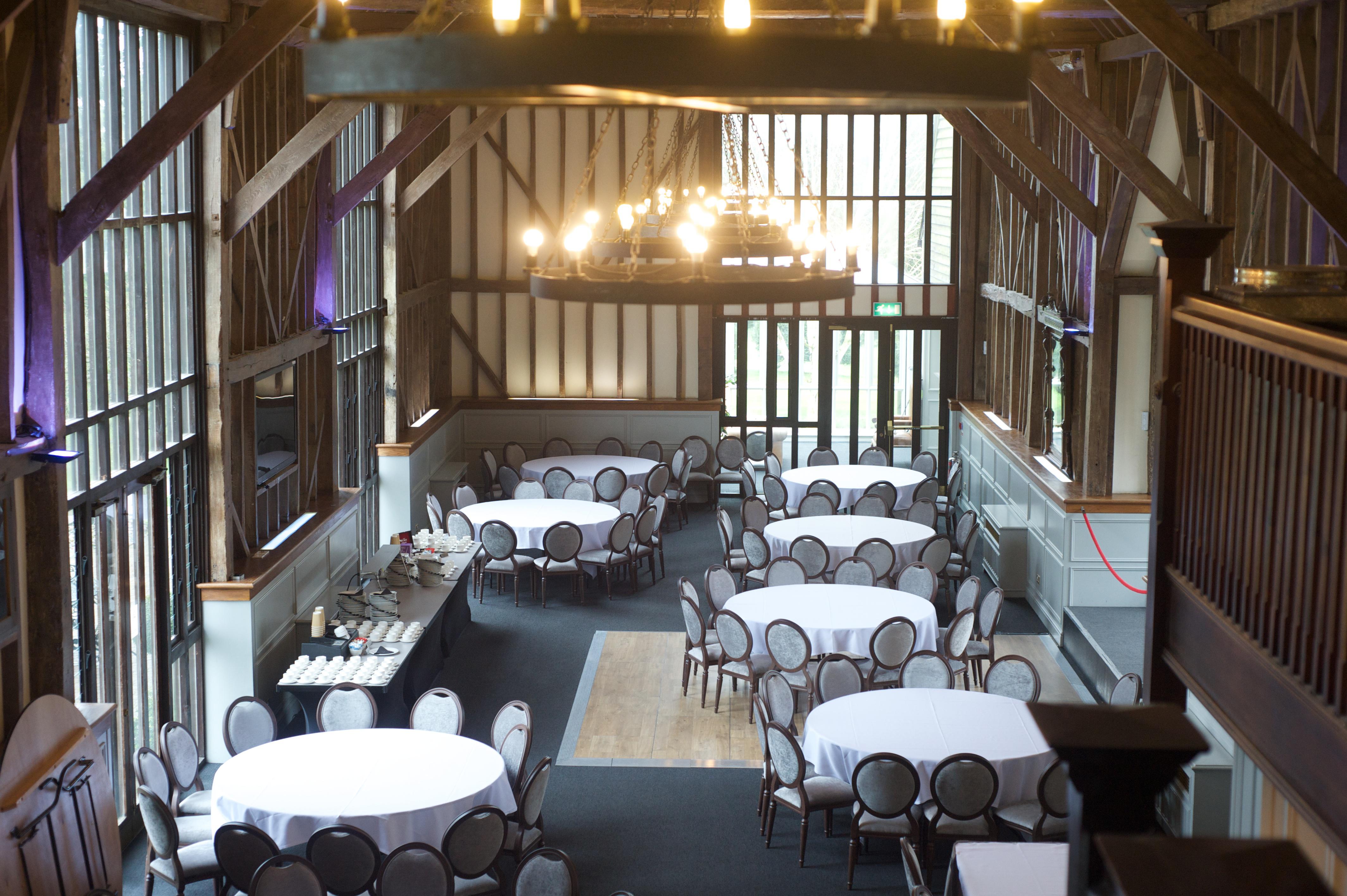 The bridesmaid concluded the post by asking other users for advice on the matter.

"As a bridesmaid should I say something?

"Is this a normal thing to cut in order to reduce costs?"

Outraged users were quick to offer their advice, with many having some strong views on the matter.

One wrote: "If you can't afford to feed all your guests you either need to invite less people or have a smaller, shorter wedding.

"If you have people all day food is not optional."

Another called the couple "rude", commenting: "If the wedding is like, not at a meal time, that's different.

"But since it's lasting all day, that's just rude not to provide food."

Others were quick to offer solutions to the issue, with one suggesting the bride call in a few favours with friends and family.

"Why not ask a few people if they would prepare something, maybe a cold buffet with salads etc?"

Another suggested the bridesmaids chip in as a wedding gift.

"Maybe you and the other bridesmaids could make that your wedding gift to the couple?

"Get a cheap caterer for like $10 a head and each pay a couple hundred towards it? I would think that would be a very memorable gift.

"Otherwise people will be talking about her wedding as the worst one they ever attended for years to come."

However, the suggestion did not go down well with other users, with one slamming the idea.

"No. They really shouldn't have to do that," the user wrote.

"When having a big event, food should be in the top five priorities.

"I've never even invited friends over without at least having some snacks to put out.

Earlier this week, we told you about the ‘professional wingwoman’ who’s paid to bag ladies a date with any man.

And we showed you one man's dating guide for guys based on women’s NAILS.