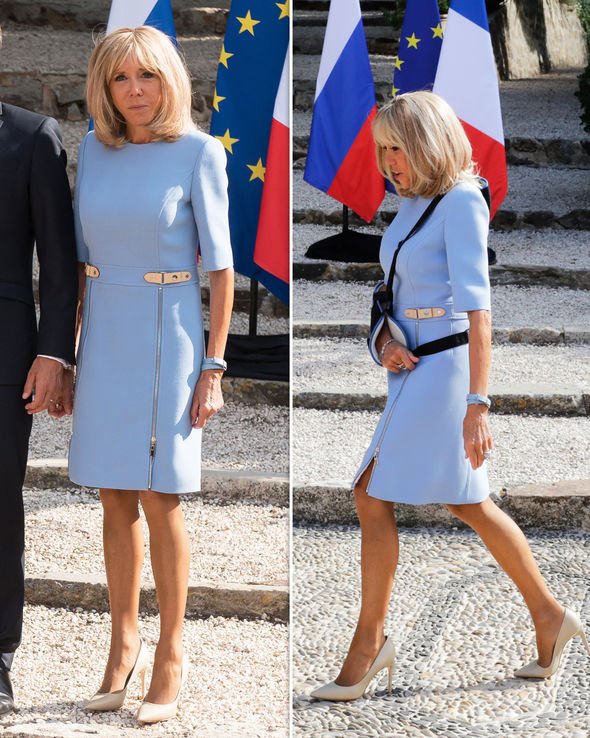 Brigitte Macron dressed for summer in a stunning light blue pencil skirt dress but it was her injured arm which attracted attention. She joined her husband, French President Emmanuel Macron, as they greeted Vladimir Putin ahead of a meeting at the Fort de Bregancon in southern France. The French First Lady carried her right arm in a black sling after first debuting her injury at an event at the weekend. According to French news channel, BFM TV, the French First Lady is recovering from a shoulder injury after a recent fall on a boat.

Brigitte debuted her sling at the weekend at an event marking the 75th anniversary of the Allied landings in Provence during World War II.

However, as she stepped out with Emmanuel and Vladimir yesterday, the former teacher was full of smiles.

She wore a recycled blue mini dress which she first sported at the G20 Summit in Japan in June.

The structured garment had a high neck and mid-length sleeves which cut off at her elbow.

She was pulled in at the waist by a strip of blue material and the dress had two cream coloured buckles at the front. 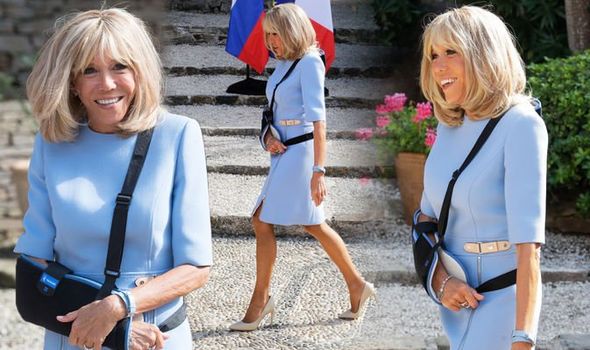 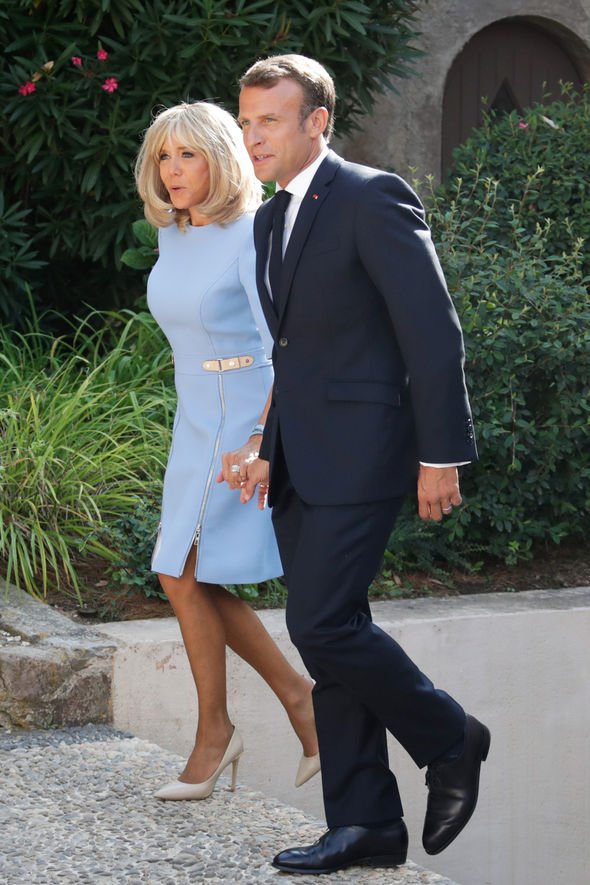 Her design flared out slightly into an A-line skirt which stopped just above her knees.

The dress featured risqué zips down both sides of the skirt and Brigitte showed off her legs by leaving them zipped slightly up.

She was spotted speaking with the politicians and the Russian President gifted her with a bunch of flowers.

Her look was finished with a pair of cream high heel shoes which matched the buckles on her dress.

Around her left wrist, she wore a thin leather bracelet in the same colour as her outfit. 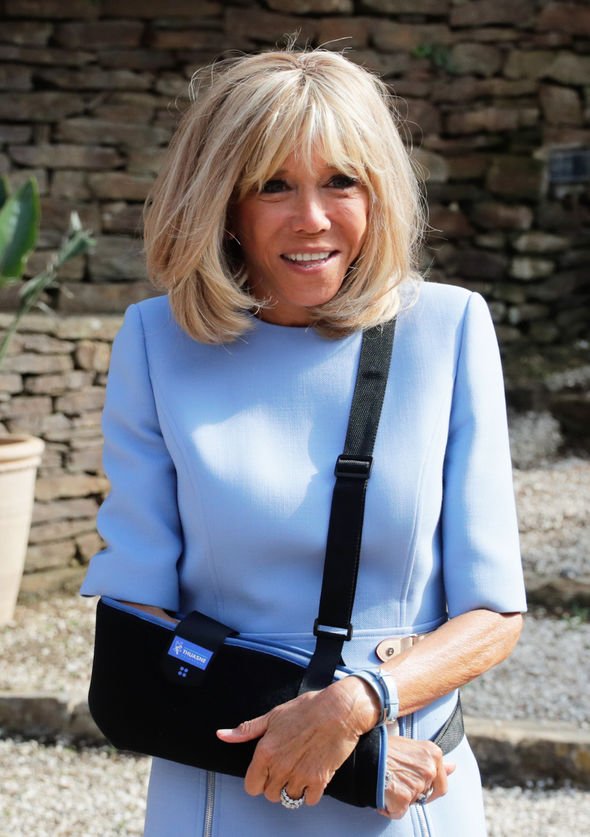 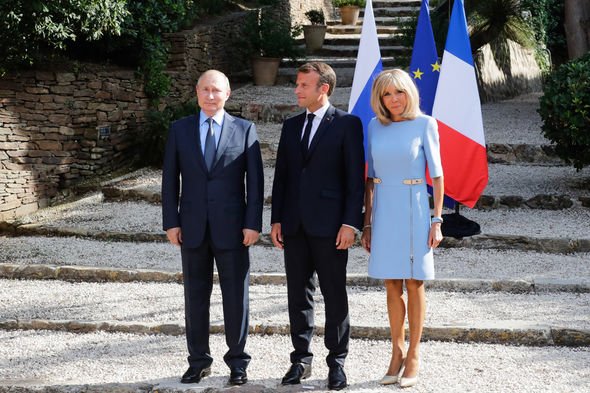 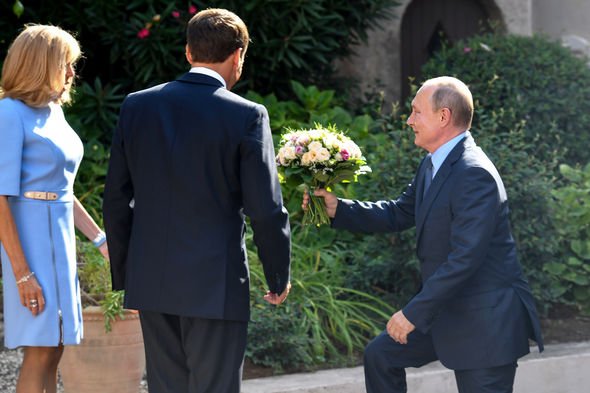 As she posed for official photos with Emmanuel and Vladimir, Brigitte appeared to briefly take off her sling.

She wore her blonde bob down with a light curl which sat on her shoulders.

The First Lady accentuated her eyes with linings of black eyeliner and paired this with a nude lip gloss.

It had silver stitch detailing on the sides and she wore this with a pair of white and metallic stiletto heels.