Now lives: In a two-bedroom, 1950s ranch-style house on the east side of Los Angeles.

Claim to fame: Ms. Stasey is an actress, writer and director who stars in the new Epix series “Bridge and Tunnel,” a dramedy set on Long Island in the 1980s. She plays a recent college graduate caught between her big-city fashion dreams and a high school sweetheart. Like most of her roles, the character is “incredibly strong willed,” she said. “I’ve never played a character who’s been second in command. Even if she had power taken from her, she’s always managed to get it back.”

Big break: “I’ve always been a show-off,” Ms. Stasey said of her childhood, which was filled with choir and drama clubs. At 12, she auditioned for “The Sleepover Club,” an Australian TV comedy series in which five young girls bond over weekly sleepovers. “When I got the call, I had no idea which character I would play,” she said.

The offer was for Frankie, the lead. The show ran for one season, but a year later, in 2015, she landed a part in “Neighbours” a popular Australian soap opera that turned her into a fan favorite. “Honestly that job is what changed my life,” she said. 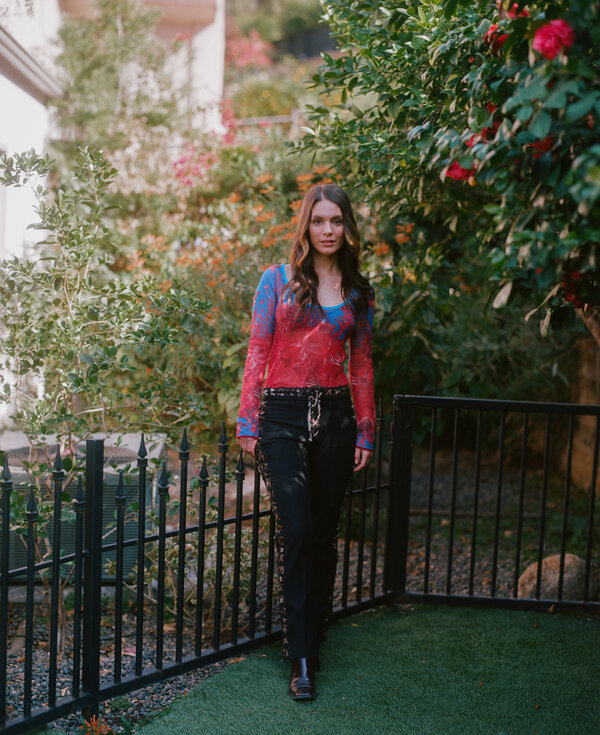 Latest project: Edward Burns, who created “Bridge and Tunnel” wrote Ms. Stasey’s role with her in mind after she appeared in his film “Summertime,” which was also set on Long Island in the 1980s. Because of the pandemic, the “Bridge and Tunnel” cast spent a week in Zoom rehearsals before shooting the six episodes over five weeks last summer and fall. “Ed gives you a great outline of the character and expects you to fill it in with any kind of texture,” she said. “And we really did define for ourselves the way things would sound.”

Hampton dreams: During the filming of “Bridge and Tunnel,” the cast stayed at the Hampton Inn in Rockville Centre, N.Y. At night, the cast members transformed their rooms into nightclubs.

Sam Vartholomeos, who plays Ms. Stasey’s on-screen boyfriend Jimmy, was the resident D.J. “I think it will be a thing I think about when I’m dying,” she said. “I remember being young and cool and living in that hotel.”