A DAD has horrified the web after having pictures of his kids’ poo tattooed on his leg.

A snap of the offending inking was shared on Reddit, showing the entire back of the man’s leg covered with all six of his brood’s bowel movements. 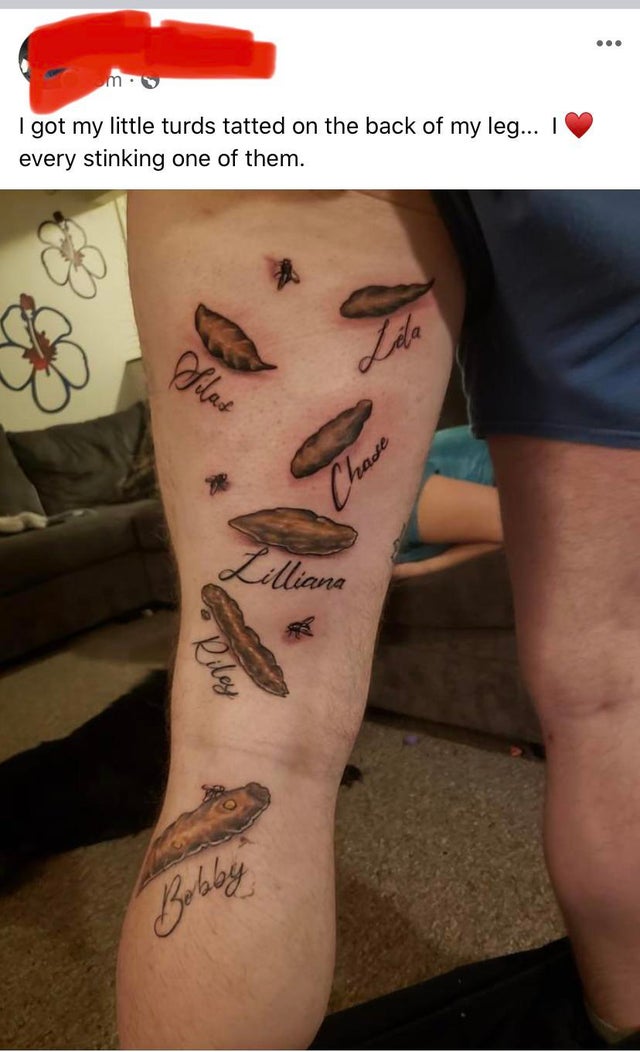 Each of the faeces is accompanied by his little ones’ names as well as several flies buzzing around the logs.

He had originally shared the image on Facebook, captioning it: “I got my little turds tattooes on my leg… I ❤️ every stinking one of them.”

However, Reddit users were not so keen, describing the inking as the “worst they’d ever seen.”

Commenting on the post, one wrote: “Just ruined your whole leg.”

“This is the trashiest thing I’ve seen” added another, while a third joked, “I thought I had seen it all!!.”

The photo was shared on the subreddit r/Trashy.

The group has over 2.2 million members and is described as a place for "trashy stories, trashy glamour, all things fake, plastic and downright trashy."

In other news, this woman woke up with seven blokes' names tattooed on her leg after a night in Magaluf.

And can you guess the stars behind these surprising inkings?

Plus here are 12 of the most hilarious tattoo fails of all time.