A DAD whose life was saved by a heart transplant was left heartbroken when he lost his fiancée to cancer 48 hours before their wedding.

Sam Rudland was diagnosed with Friedreich’s Ataxia which causes the thickening of the heart muscle when he was just 18. 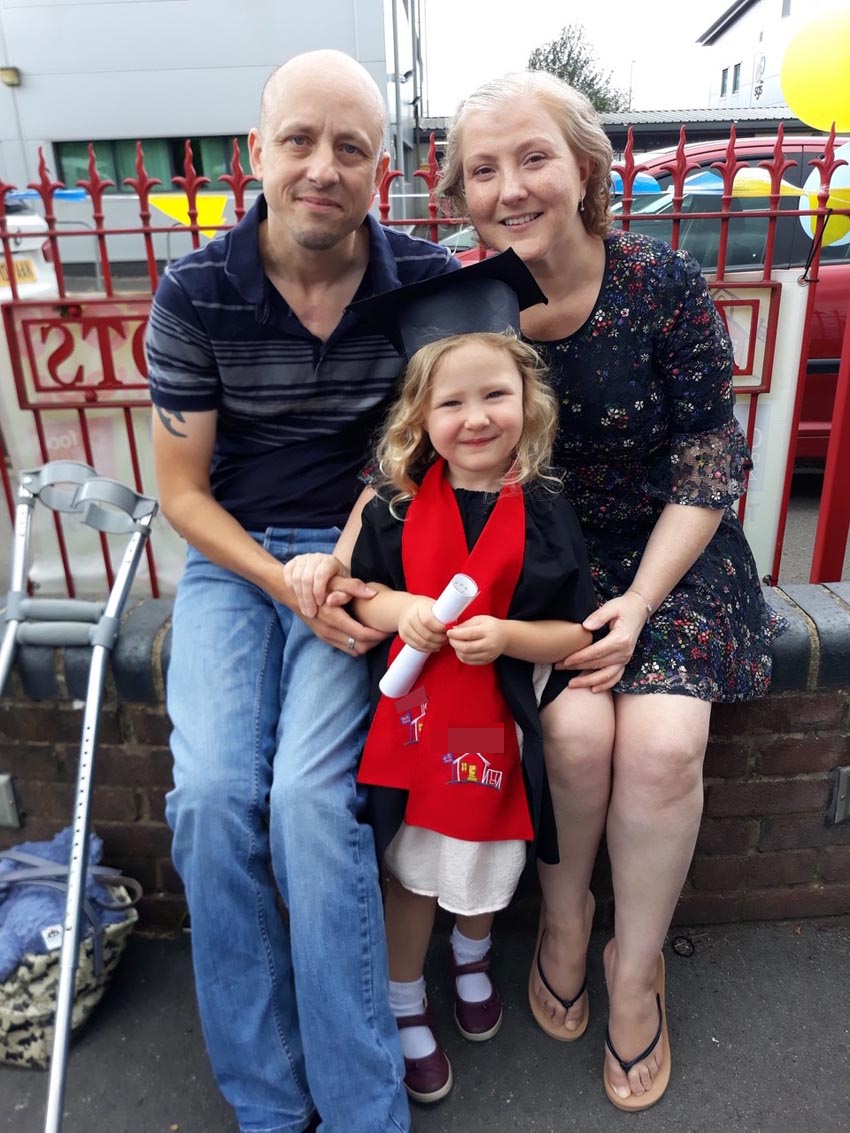 Doctors told the systems engineer, from Bristol, he wouldn't live past 35 and his low life expectancy ruled out hopes of a heart transplant.

But then he met psychologist Amy Watts through a dating app in 2012 and fell in love – having a daughter, Esmee, together in December 2013.

Over the years, Sam’s health was their focus – leaving them blindsided when Amy was diagnosed with breast cancer in February 2016.

Astonishingly, his condition improved and he was finally accepted for a transplant in May 2017.

But Amy’s cancer spread to her liver and she died in April last year, aged 42.

It was just two days before their wedding – and heartbreakingly she was cremated in her bridal gown.

Sam, 42, said: “Amy was an incredible mum to Esmee, who is the most precious, amazing little girl.

“It is a very cruel twist of fate that she so badly wanted to be a mum, then had it snatched away.

“We probably had two good years together which weren't plagued by illness. They were as close to perfect as you could expect.

“Esmee has wonderful memories of Amy, but I worry they’ll fade. She’s come so close to losing both parents, it doesn’t bear thinking about.”

It is a very cruel twist of fate that she so badly wanted to be a mum, then had it snatched away

Sam, who has an 11-year-old son named Tobias from a previous relationship, said that despite his heart problems, the couple were really happy.

He proposed over a candle-lit dinner at their home at the end of 2014, but his health had started to worsen and made them nervous about making any firm wedding plans.

“I had five cardioversions, where an electric shock delivered from a defibrillator is used to restore the heart’s rhythm to normal. 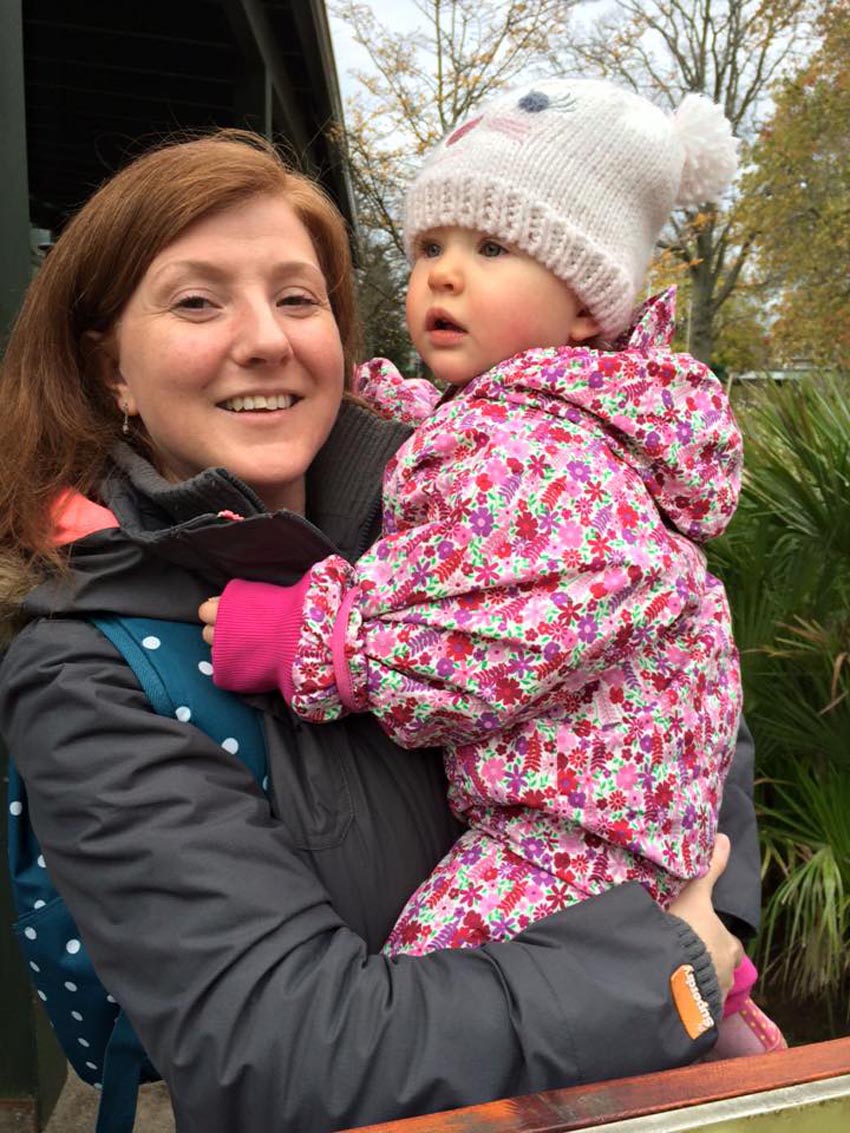 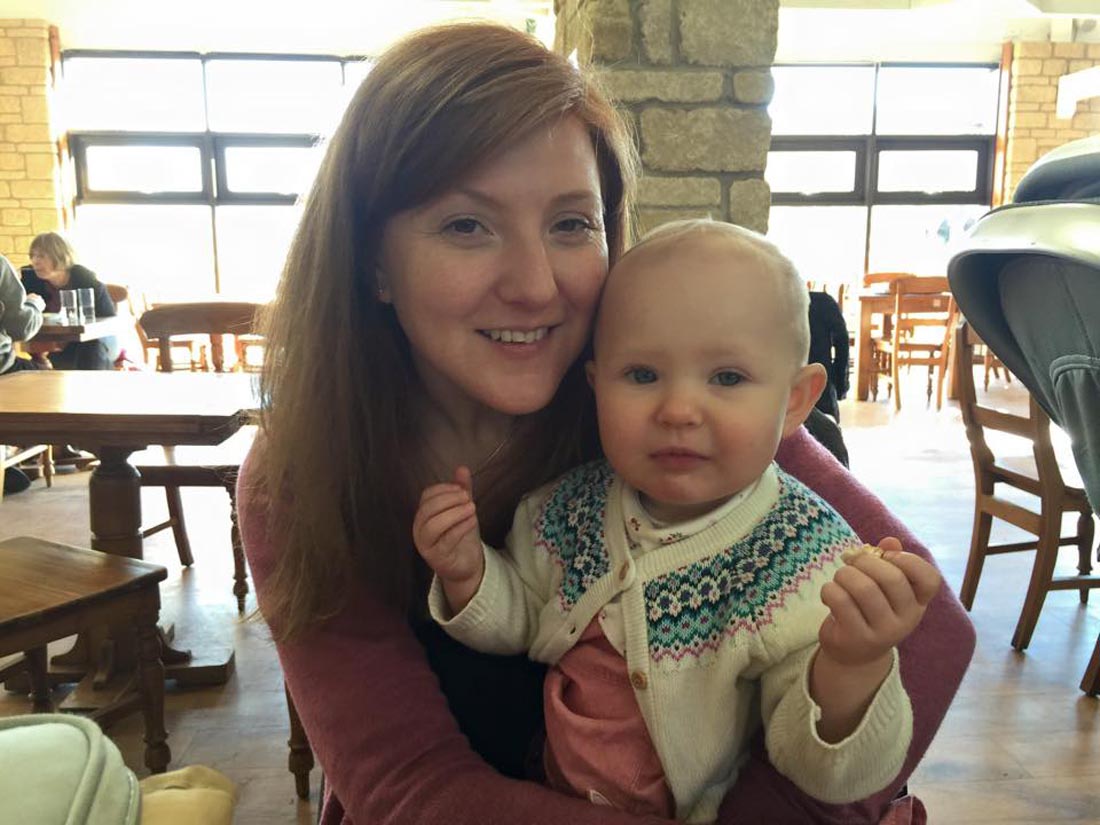 “I also had two cardiac ablations – procedures where surgeons burn away areas of the heart to destroy the tissue allowing incorrect electrical signals to cause the abnormal heart rhythms.

"Sadly, they didn’t work and in November 2015, I was fitted with an implantable cardioverter defibrillator (ICD), which uses an electrical signal to regulate my heartbeat.

“Amy often drove me to hospital, then paced the corridors while the doctors fixed me up.

"She did this all while trying to keep things as normal as possible for Esmee."

With everyone focused on Sam’s health, Amy had discovered a small lump in her right breast while showering.

In October 2016 she was sent for tests and sadly diagnosed with breast cancer, which had spread to her lymph nodes.

Sam said: "We were totally shocked – but convinced the treatment would work. We even discussed having another child when she was better.”

In November that year, Amy had her right breast removed, followed by a three-week round of chemotherapy, then radiotherapy a month later.

We were totally shocked – but convinced the treatment would work

Then, in March 2017, Sam was hospitalised with intense swelling of his feet, fluid retention and dangerously low blood pressure – all linked to his heart.

“I kept fearing I’d die, Amy’s cancer wouldn’t get sorted out and Esmee would lose both her parents,” he said.

Constantly in and out of hospital, Sam asked doctors if they would reconsider a transplant.

Fortunately, his results from a five-week assessment at Cambridge’s Royal Papworth Hospital, combined with the fact he had exceeded his life expectancy, made him eligible – leading to a successful six-hour heart transplant operation in May 2017.

What is Friedreich's ataxia?

Friedreich's ataxia is the most common type of hereditary ataxia.

Symptoms usually first develop before the age of 25, although it can develop in people much older than this.

Signs and symptoms of Friedreich's ataxia can include:

The symptoms of Friedreich's ataxia usually get gradually worse over many years. People with the condition tend to have a shorter life expectancy than normal. Many people live until at least their 30s, and some can live into their 60s or beyond.

Allowed home in January 2018, while his health improved, Amy’s cancer had spread to her bones.

On doctors’ advice she continued having chemo every three weeks for a year.

But, in January 2019, her treatment was halted as her white blood cell count was dangerously low, putting her at risk of infection.

Further tests showed the cancer had spread to her liver, where she had a rapidly growing tumour the "size of a small child's head.”

In February, Amy’s cancer became terminal and the couple planned their wedding for the end of April.

"She was so upset thinking she wouldn’t see Esmee grow up, graduate and get married. That was all she wanted.

“She wanted to have the same last name as Esmee, so we planned our wedding for the end of April.

“Amy sat down and explained Mummy was poorly and while Esmee knew something was wrong, we didn’t push the fact – we wanted their time together to be unspoilt.” 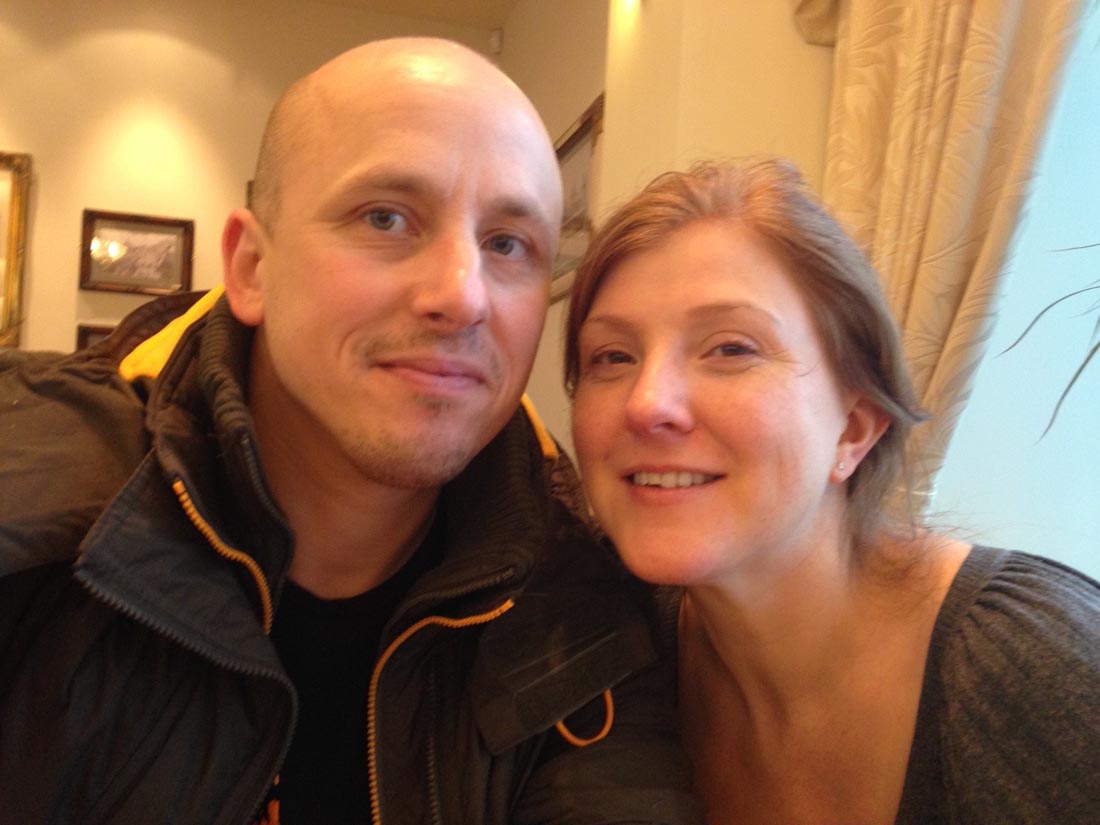 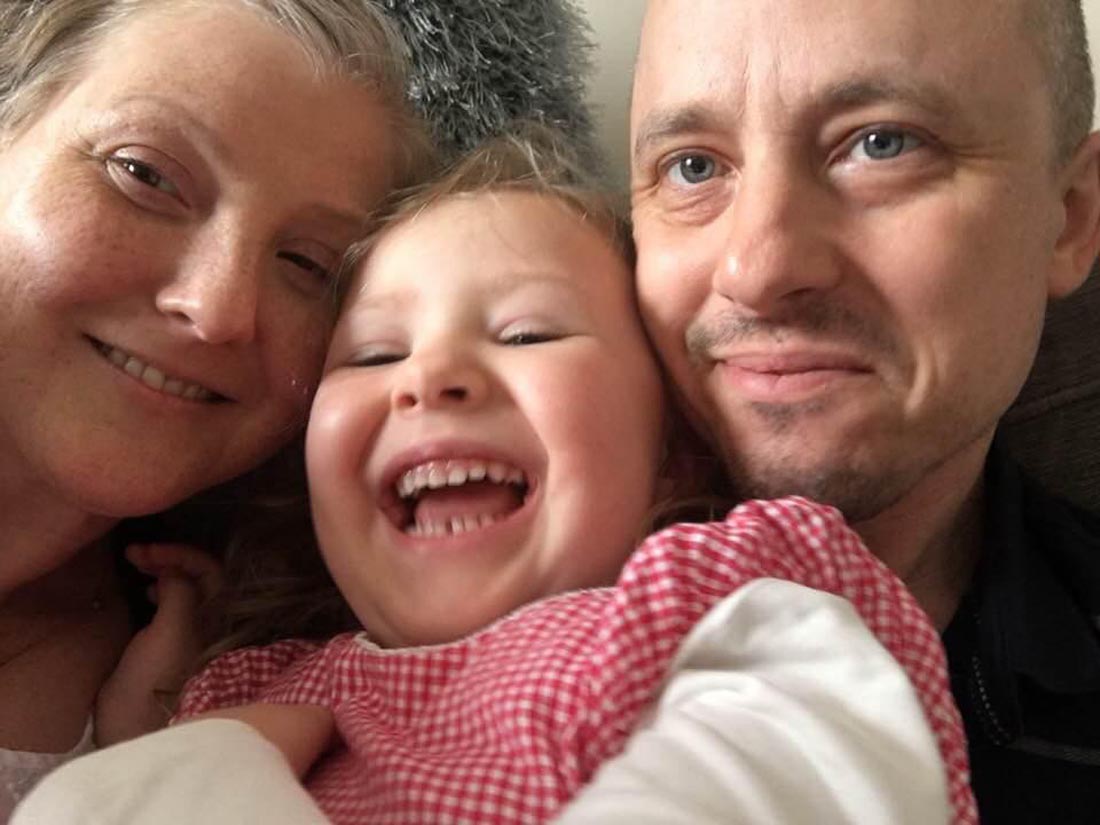 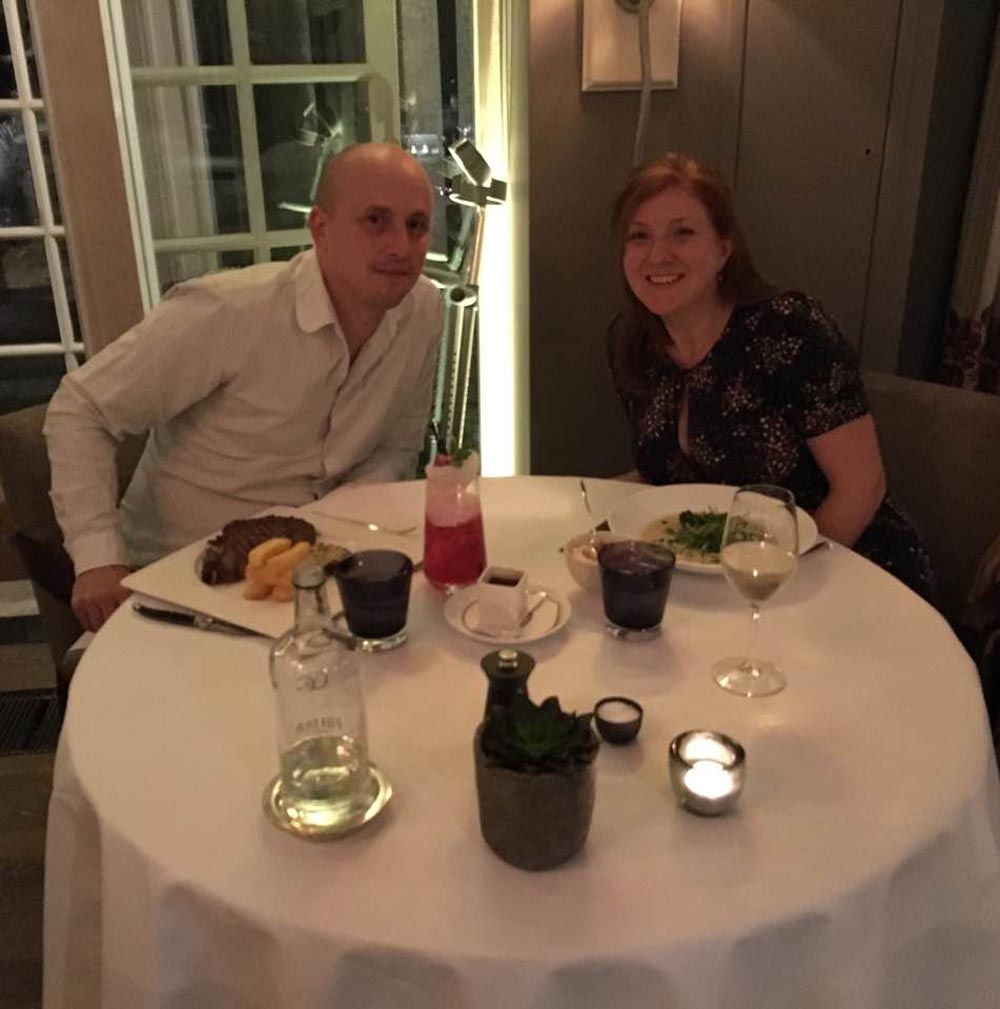 Towards the end of March 2019, in considerable pain, Amy asked to be taken to St Peter’s Hospice in Bristol.

“She was crying, so afraid that she would never see the house again,” Sam recalled.

“I thought Amy would spend a few days in the hospice, then come home.

“But her liver was pressing against her stomach and diaphragm, causing pain and breathing problems.

I thought Amy would spend a few days in the hospice, then come home

Sam cancelled their planned wedding, instead booking a registrar to marry them in the hospice the following week, on April 3.

“We had room for 10 guests and the hospice cafe was going to do some food,” he said.

“Esmee’s whole outfit had been picked and chosen. I never got to see it but I know she had the whole kit – pretty dress and tiara.”

By March 31, which was also Mothering Sunday – just days before the wedding – Amy was fading rapidly.

“Esmee visited, giving her a Mother's Day card, but Amy didn't even register what was happening. She was drifting in and out of consciousness,” said Sam.

"The last thing she said to me that Sunday was, ‘Please don’t leave me on my own’.

“I slept that night in the armchair in her room. The following morning, she would not respond to anything. 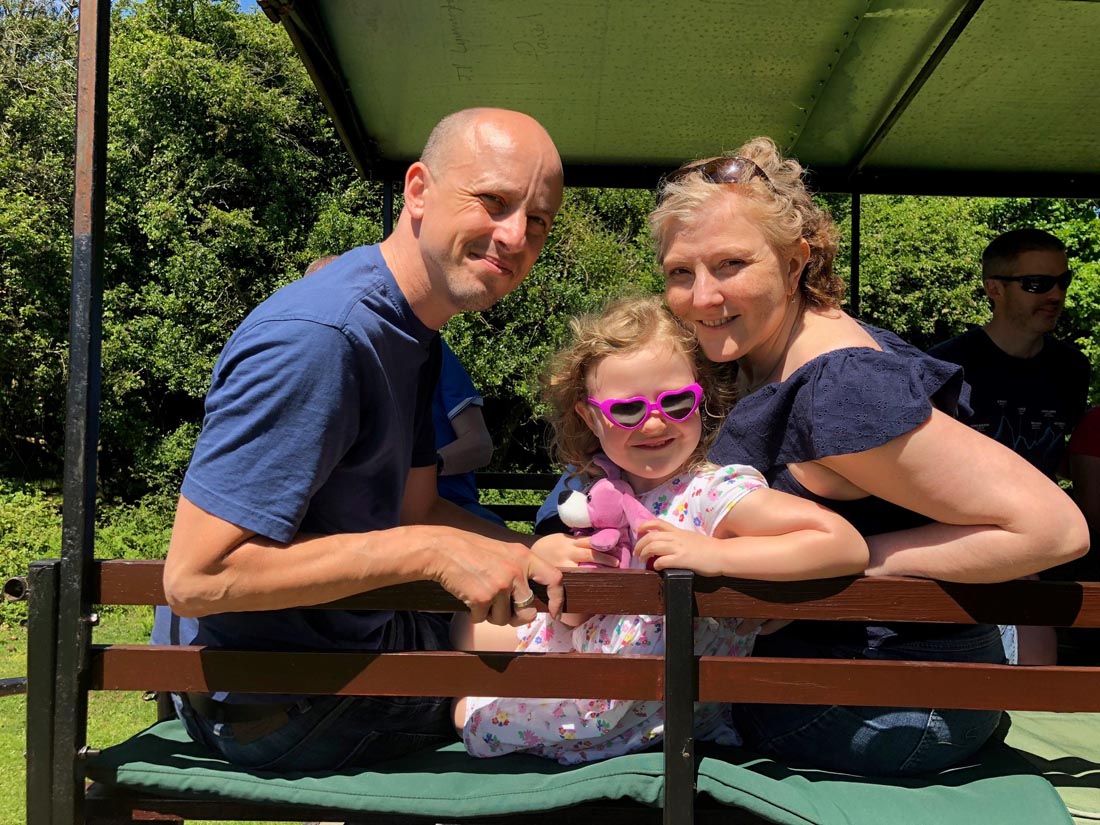 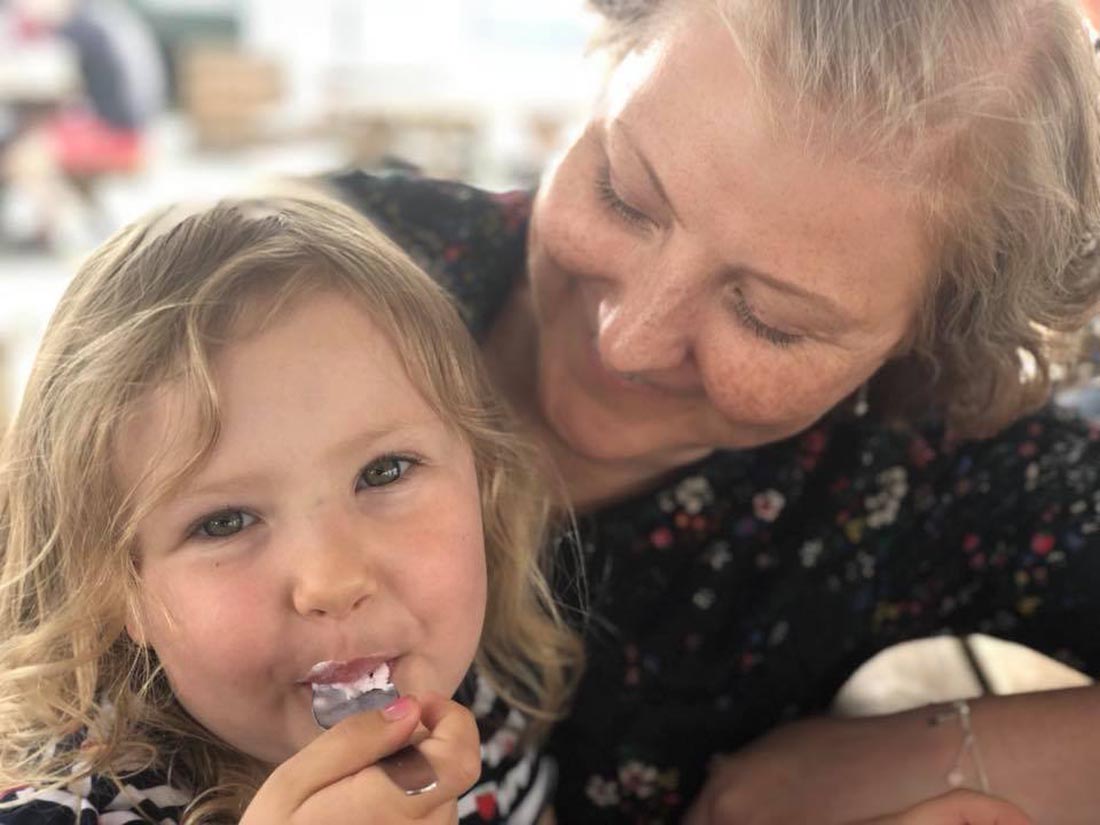 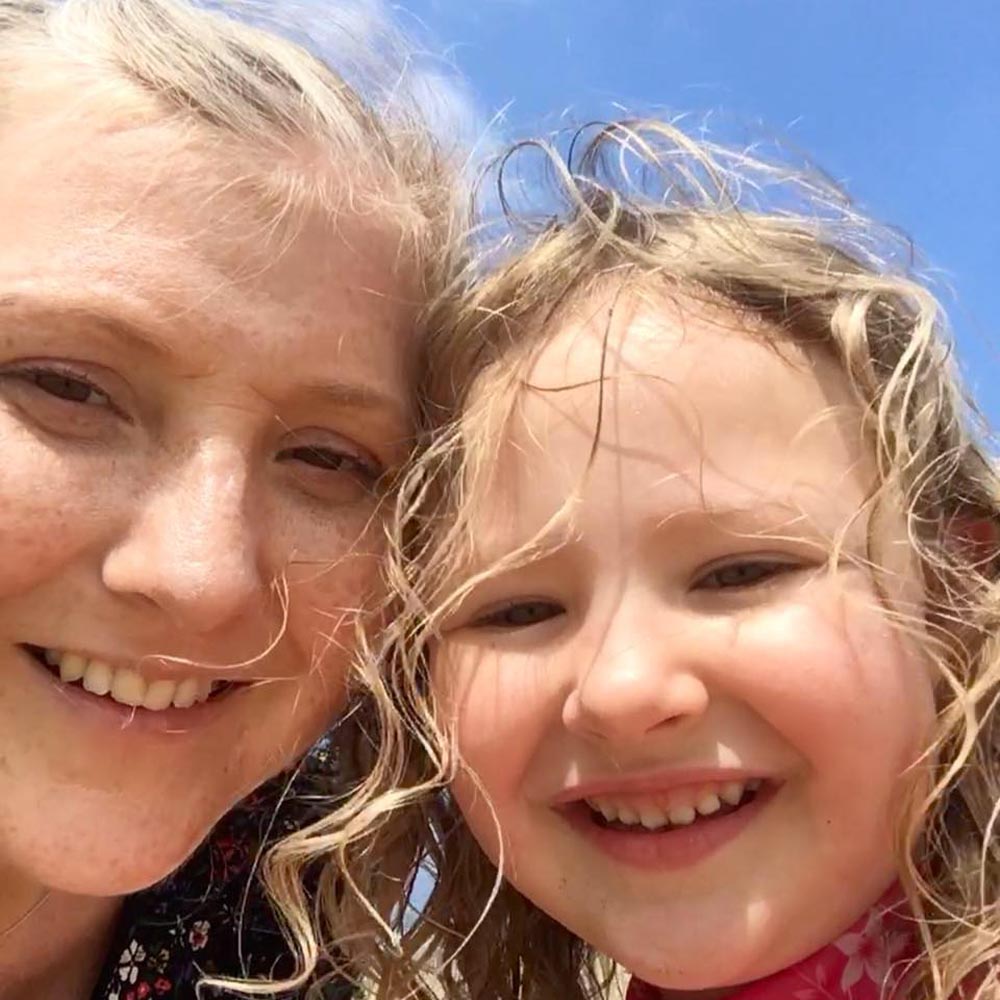 “I sat there holding her hand and, over the course of an hour and a half, her breathing just slowed down and stopped.

"She didn’t seem in pain and it was very peaceful at the end.”

He added: “I had to break Esmee’s heart by telling her that her mum was dead,” he said.

“Like all of us, Esmee struggled to accept Amy was going to die. Because she’d seen the doctors sort me out, she expected that for her mummy too."

Movingly, when Amy was cremated on April 24, last year, at Memorial Woodlands, Bristol, she was dressed in her white lace-necked bridal gown.

Recalling seeing her beforehand at the funeral home, Sam said: “It was very difficult, but she looked beautiful.

"Esmee asked me a few months later, 'Are you sad that you and Mummy didn't get to marry? I said 'of course' and Esmee replied, 'I'll marry you Daddy.”

Describing Esmee as his rock, Sam said: “She misses her mum so much, but we talk about her all the time and have a shelf with pictures of Amy on it."