A WOMAN'S video has gone viral after she caught the disturbing moment a "ghost" allegedly took off her dog's collar.

The TikTok user, who goes by the name of Shanny Fantg, has been posting several videos as proof that her home has been visited by a paranormal guest. 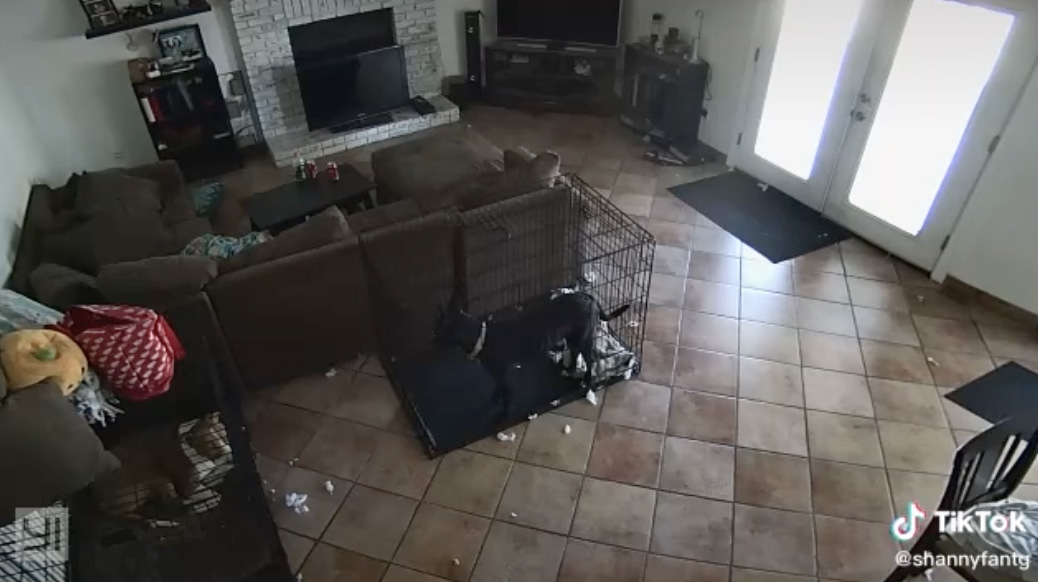 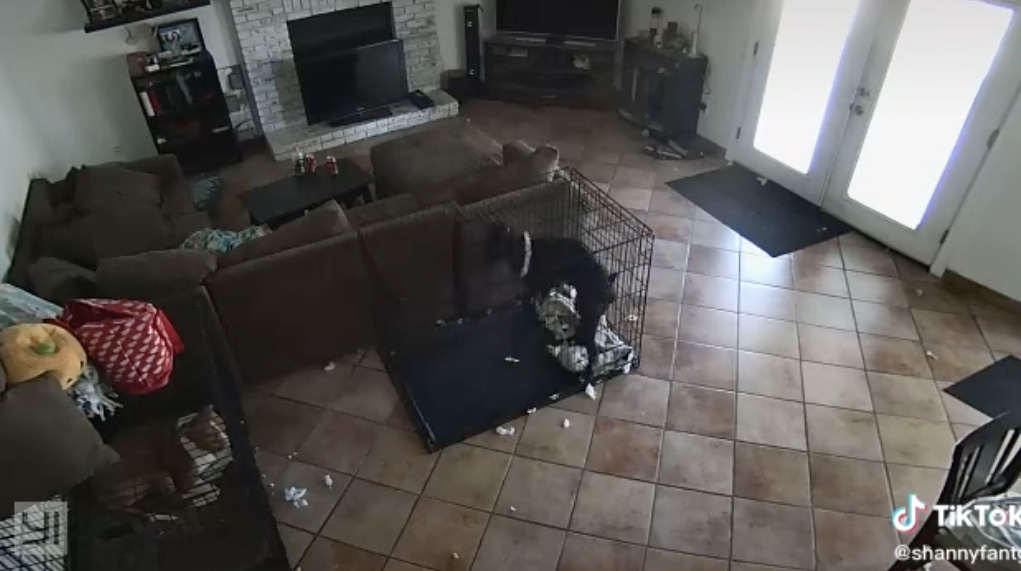 Caught on her home's surveillance camera, two dogs can be seen barking loudly from the inside of their crates.

A brown one barks while laying down and a black one barks incessantly while standing up.

The two also face each other as they bark before suddenly going very quiet.

Suddenly, the black dog's collar twitches around her neck, which terrifies the canine.

The dog immediately jumps back, trying to get away from something before the collar slips off her neck.

She barks one more time before sniffing her collar.

Along with the video, the woman wrote: "Watch my black dog. Ghost takes her collar off in her crate."

In a previous video, the woman had also caught on camera a doggy door between the kitchen and living room swinging open in the middle of the night.

The videos have captured the attention of social media, as she gathered more than 15.2K followers.

In the video of the dogs barking, one person wrote: "I've never seen such a convincing ghost video."

A second one shared: "Something that messes with the dogs doesn't sit with me."

And a third commented: "They both got very quiet … they felt the energy. That silence was unsettling." 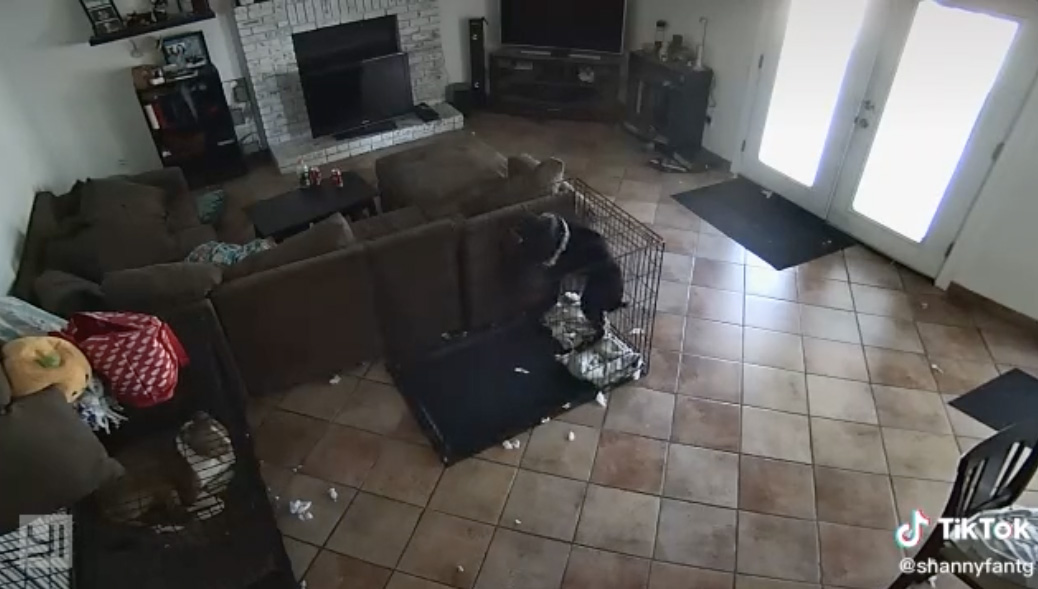 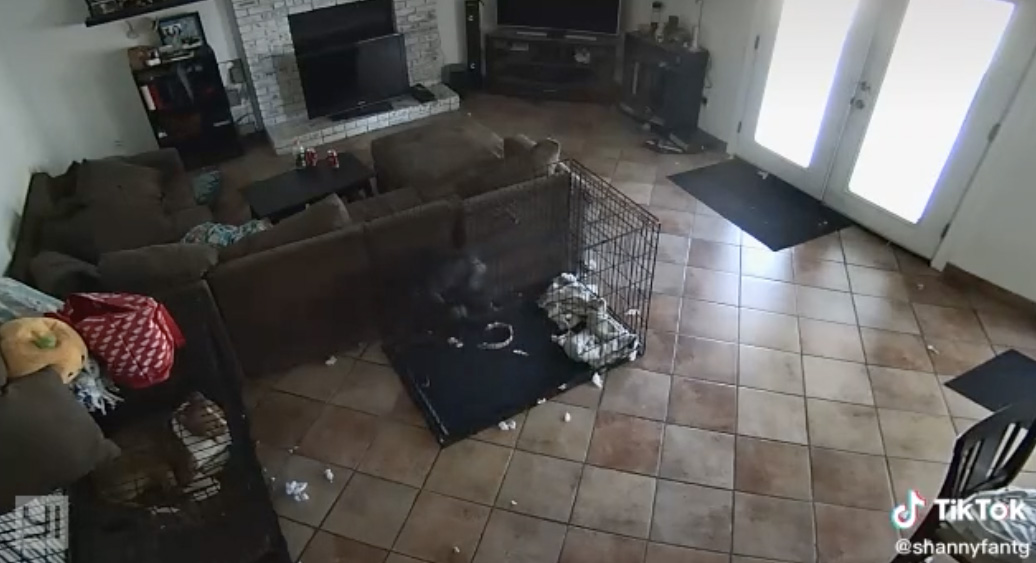