It was close to a decade ago that Ken Giddon, president of Rothmans men’s store, introduced Durand Guion, group vice president of Macy’s fashion office, to Caroline Danehy, a self-professed lover of fashion and a high school classmate of Giddon’s son.

Guion graciously asked her to lunch and when they finally had the chance to chat, he was impressed by her intellect, passion for fashion and entrepreneurial spirit. They continued to meet for a meal whenever she was home from college and Guion encouraged her to follow her dreams.

That dream became Fair Harbor, a sustainable swimwear brand that Danehy launched with her older brother Jake six years ago. The brand, which produces its collection from post-consumer recycled plastic bottles, was named after the beach community on Fire Island where the siblings spent the summers growing up.

The issue of sustainability was “a novel idea eight or nine years ago,” Guion said, and he pushed the siblings to take the plunge and create their brand. They did and Fair Harbor has since built a successful business. Although the Dahenys declined to provide a volume figure, they said sales and the number of shorts sold through May of this year exceeded that of 2020 as a whole.

All along, Guion was “on the sidelines as a coach and a cheerleader — they may say a nag,” Guion said with a chuckle. “But they have determination and passion and they’ve built an amazing brand.”

And now, Fair Harbor is returning the favor, creating a Durand Guion capsule collection that will launch on June 16. Although he said he’s been “designing in my head for all of my 33 years at Macy’s,” this marks the first time the fashion director has ever designed anything of his own.

That translated into three prints with special meaning to him: a Shibori print inspired by Tokyo; an oversize statement floral, and a paisley, “which you don’t see a lot in swimwear,” he said. “They’re three very unique pieces and are a personal extension of the things I love.” 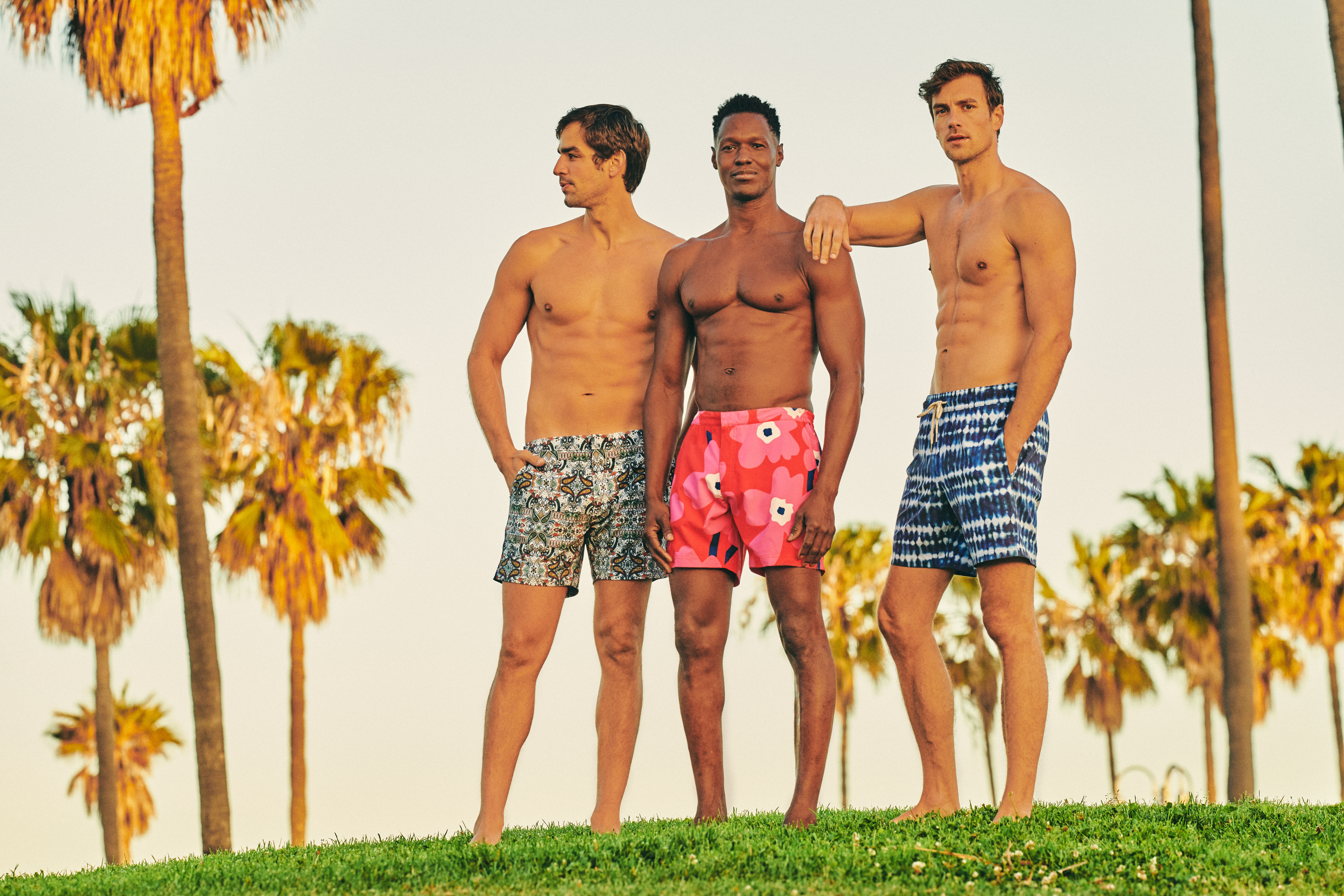 Guion, who pointed out that he has the blessing of Macy’s for the collection, has not invested in the brand and will not receive any financial compensation for the capsule, said the collaboration will be sold at Macy’s Park department at the Herald Square flagship as well as at Lenox Square in Atlanta. It will also be sold on the Fair Harbor website and will retail for $72 and $92.

Ten percent of the proceeds from the collection will be donated to Swim Strong Foundation, a nonprofit that supports community-based swim programs in minority communities.

Jake Danehy said the Fair Harbor landing page will tell the story, will feature lifestyle imagery and there will be a shoppable link on the brand’s Instagram page. The shoot was done in Los Angeles. 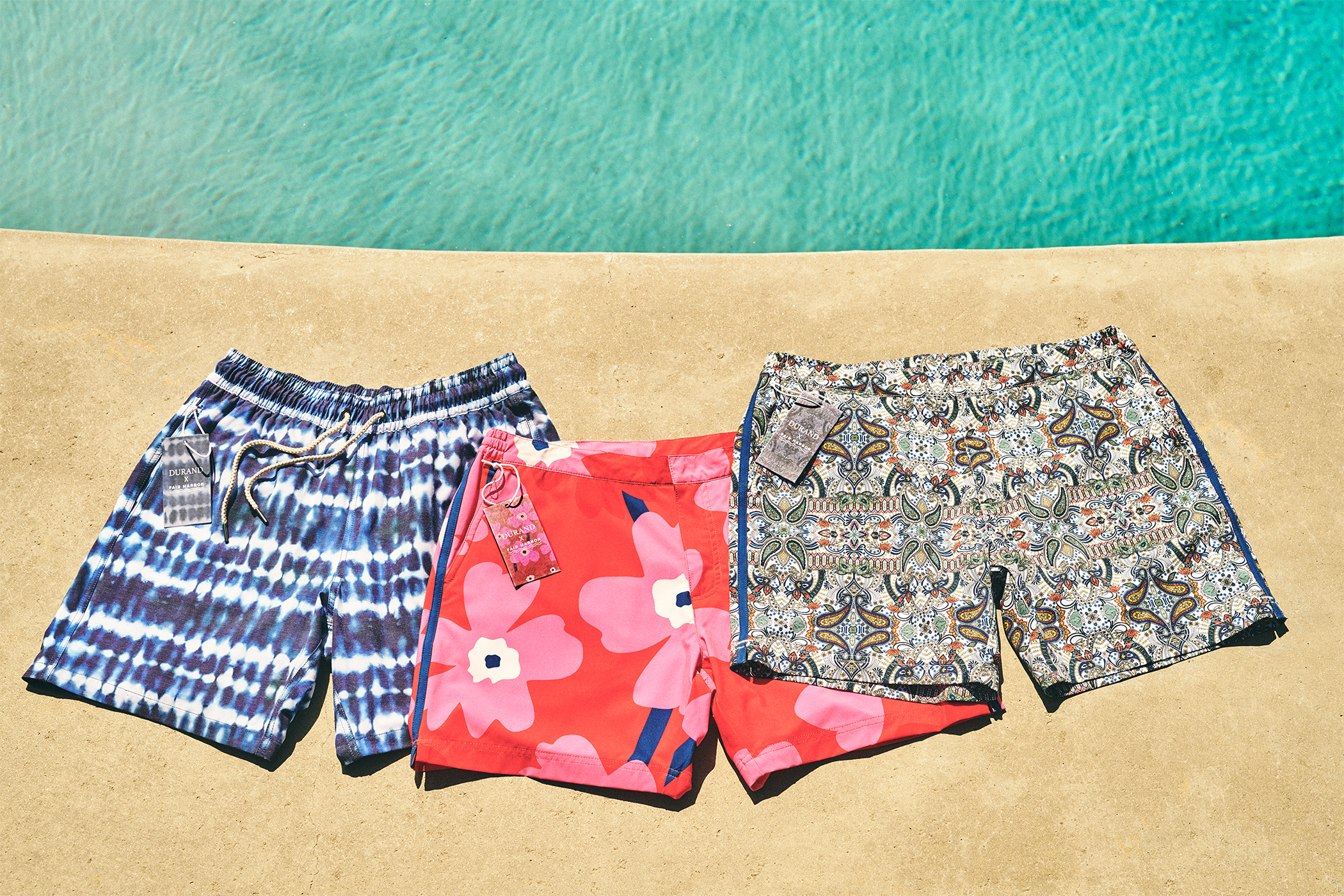 The collection will be sold at Macy’s and on the Fair Harbor website.

“When we were bootstrapping, Durand pushed us from a fashion and design perspective,” Caroline Danehy said. “So this is his special moment to shine. It was a true labor of love. He has been such an influential person in our lives. When we started, everybody told us we were too young and the space was saturated, but Durand gave us fuel for our fire and it’s been amazing to have him in our corner.”

“Durand was always pushing us to go further and this collection was a true collaboration,” Jake Danehy said.

Since starting the brand, Fair Harbor has collaborated with brands including Huckberry and Untuckit as well as Bar Taco and One Hotels in Miami. The brand is primarily direct-to-consumer but also counts 100 independent stores and Nordstrom among its customers.