Elle Fanning stunned in a sexy, ruched black dress as she stopped by ‘The Late Show With Stephen Colbert.’

Elle Fanning, 23, stunned as she strutted down the streets of New York by The Late Show With Stephen Colbert. She rocked a ruched, form-fitting black dress with a sweetheart neckline and puffy shoulders on top and a high-slit skirt on the bottom. Her long blonde hair flowed down past her shoulders as she waved at the camera. 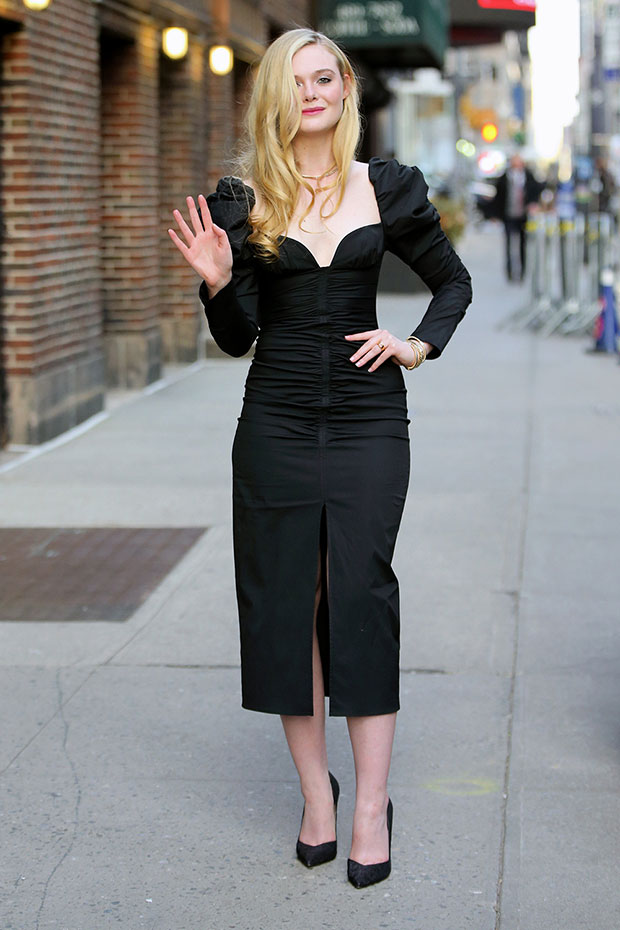 The actress has been pulling off some fabulous looks in recent times. She rocked a cowgirl chic look while attending the grand opening of Gucci’s fashion house in Austin. She rocked a fur coat and sheer bra as she smoldered at the camera. She topped off the look with an old-fashioned cowboy hat and cow-print clutch.

Elle’s latest project is the Hulu limited series The Girl From Plainville. She plays the real-life figure, Michelle Carter. The young actress completely transformed herself for the role and she ended up looking nearly identical to Michelle after darkening her eyebrows and dying her hair. 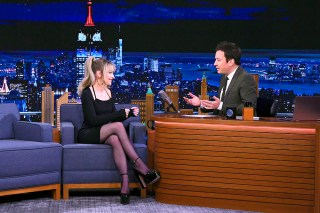 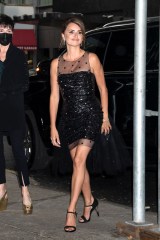 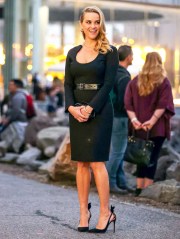 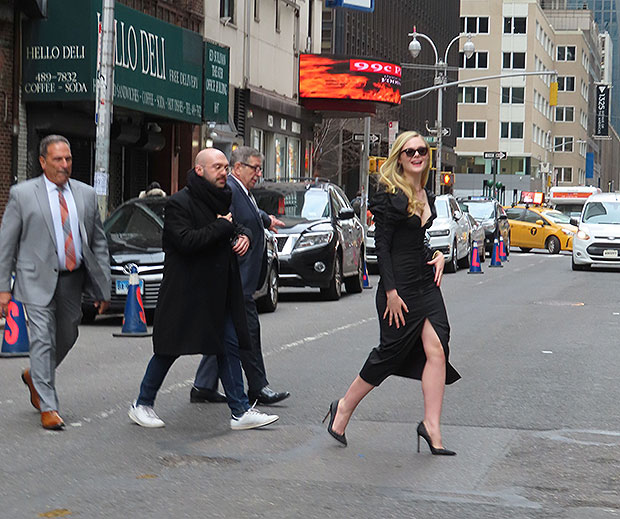 The series depicts the true-life events of how Michelle was convicted of the manslaughter of her then-boyfriend Conrad Roy. Just before he committed suicide in 2014, she had texted him, “You keep pushing it off and say you’ll do it but you never do. It’s always gonna be that way if you don’t take action.” She was found guilty and sentenced to 2.5 years of prison since she was a minor at the time of the crime. She ended up getting released after 11 months for good behavior.

Elle understood the gravity of this role before signing onto it. “You do feel a weight of responsibility because these are real people that we’re talking about,” she told People. “A young boy’s life was lost. And so, before signing on, I just really wanted to make sure of that. And that’s kind of part of the reason I wanted to be a producer, to be able to more responsibility to handle this with care in the right way.”