FASHION Nova has just released a new collection of gym wear for men, but followers are spellbound by the model they've used for the promo shot.

Sharing a snap of the man on Instagram – wearing a pair of very tight, black and yellow leggings – shoppers were more interested in the model's package, with one commenting: "Literally NO ONE cares about the pants at this point." 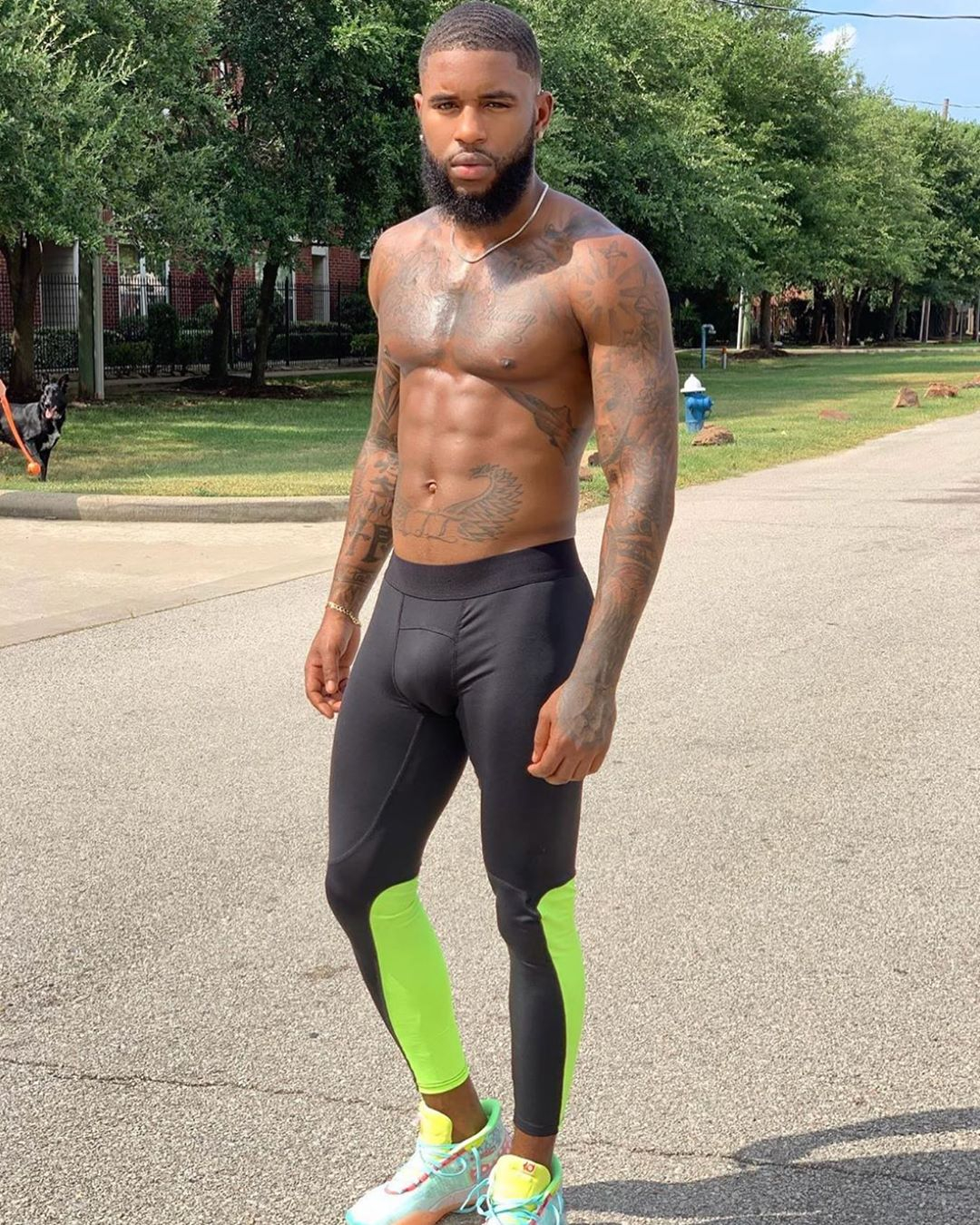 The hunky model, named Malcom Drummer, is posing topless in the middle of the street, wearing leggings from the new range.

With a rippling six pack and a very noticeable "bulge", followers couldn't care less about the lycra trousers, with another fan pointing out that "absolutely no one is looking at the pants".

Another wrote, "we see what you packing" while one even admitted to falling off their chair when they saw the snap.

One happy shopper joked that even the dog in the picture was checking him out. 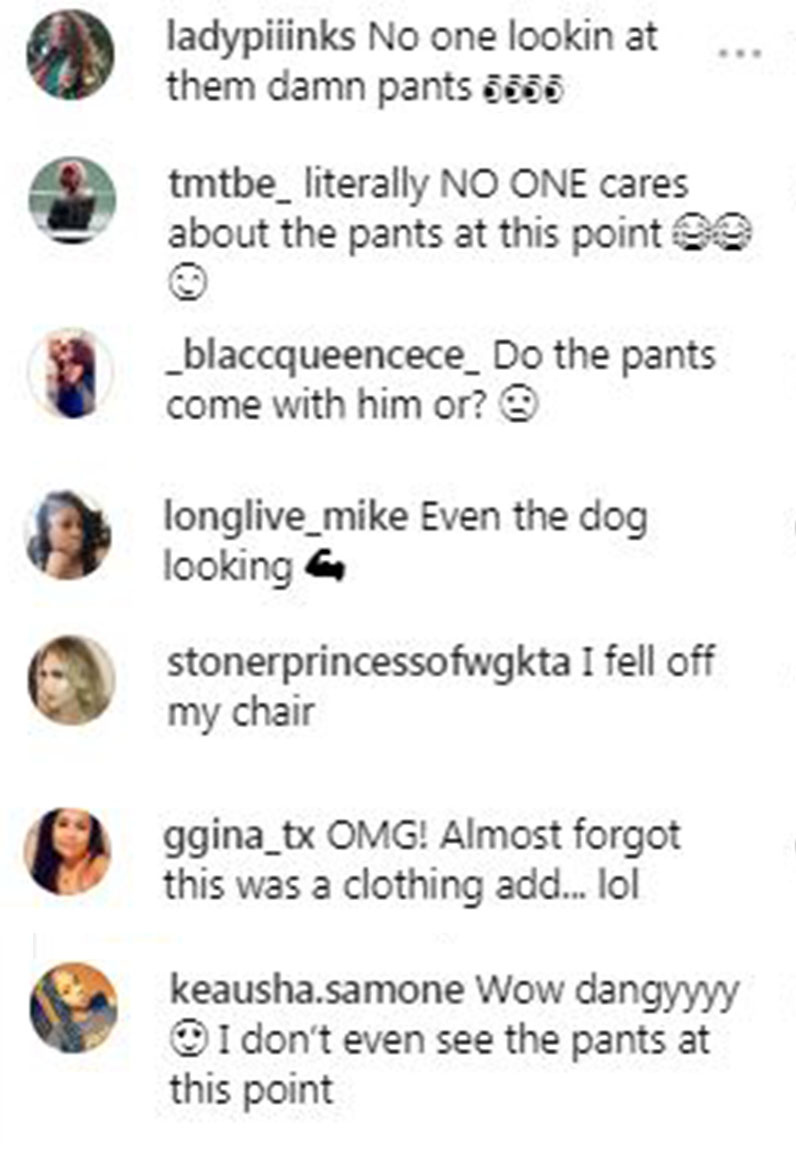 Some followers were sceptical, with one suggesting he might "have stuffed socks down there" while another joked that the model is so good looking he's "probably ruining lives all over the globe".

And over on the model's personal Instagram page, followers flocked to check out his other photographs, with one commenting on the same photograph: "Cover that bulge you’re making panties drop all over the world."

The model and TV personality has also appeared on MTV's Ex On The Beach US earlier this year.

And if you do fancy getting your hands on Fashion Nova's gym leggings, they're currently on sale for £20.

In other fashion news, we told you Carrie Symonds wore a yellow £159 Whistles shirt dress for her first official appearance with Boris Johnson at Downing Street.

We also revealed someone has created a pair of socks with a reinforced sole for end-of-the-night sore feet.

And we showed you shoppers are obsessed with a £22 gingham midi dress from Sainsbury’s… and it’s receiving rave reviews online.