For Dr. Mariann Channell and Benson Woo, life is good.

“We have thoroughly been enjoying each other’s company,” said Dr. Channell, as she strolled around Maui with her new husband, Mr. Woo, one recent night during their Hawaiian honeymoon. “We are fortunate to have found each other.”

Dr. Channell, who lives in St. Clair Shores, Mich., where she also owns a private ophthalmology practice, was widowed for three-and-a-half years when she met Mr. Woo, a retired business executive, on Match.com in December 2019. He had been widowed for a year.

“The first thing I noticed about Mariann was her eyes, they looked friendly and beautiful,” said Mr. Woo, 66, who took Dr. Channell, also 66, out on a first date in West Bloomfield, Mich., where he lives.

“We had such a great time,” he said, “but before I had a chance to give her a kiss, she ran away from me.”

Dr. Channell returned in less than a week, when she and Mr. Woo, who learned they live about a half-hour’s drive from one another, sat side-by-side at a jazz club in Grosse Pointe, Mich.

“Jazz music is big in both of our lives,” said Dr. Channell, who began dating Mr. Woo steadily thereafter. “I found Benson to be not only brilliant but extremely handsome and a lot of fun to be around,” she said.

Dr. Channell, who is the mother of two grown sons, was soon spreading the word to family and friends that Mr. Woo, who has three children of his own, looked like a keeper.

“He’s a very generous, understanding and compassionate man,” said Dr. Channell. “It’s not every day you meet a man like Benson.”

After what turned out to be a whirlwind romance, Dr. Channell and Mr. Woo married last month, Dec. 27, at the Bayview Yacht Club in Detroit. Jason Andrew Channell, a Protestant minister and brother-in-law of the bride, officiated before 10 combined members of their respective families.

“Having to call guests and disinvite them was no easy task.” said Dr. Channell of their original guest list of 100. “But obviously everyone understood what we were up against.” 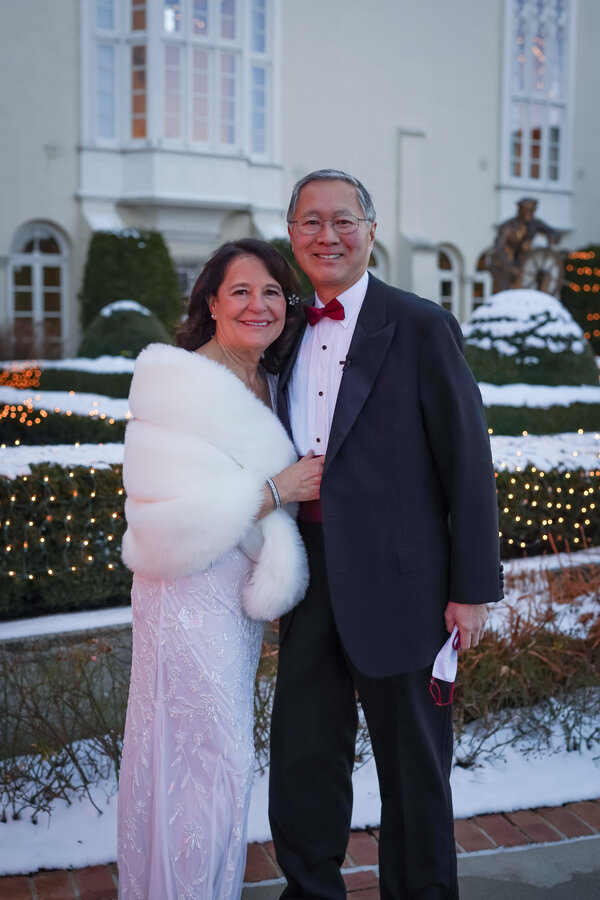 They now spend half the time at Mr. Woo’s residence in Bloomfield Hills, and the other half in St. Clair Shores.

He was most happy moving there a third time. Dr. Channell was now close enough to enjoy the sights and sounds of a new world together.