Around me, my colleagues in the staff room fell silent, while my boss hurriedly ended the meeting. As a new primary school teacher, it wasn’t the best way to react to the head’s new policy and within an hour I was desperately apologising. Behaviour like that has been the cycle of my life: disproportionate anger or upset followed by intense remorse.

Growing up in Cheltenham with my surveyor dad, tutor mum and younger brother Ryan, now 32, the signs were there. I’d often get overly anxious about visiting new places and struggled to control my temper, but my parents didn’t have a clue how I really felt.

Once, when I was nine, I flew into a rage and kicked one friend because she disagreed with me about Lego. 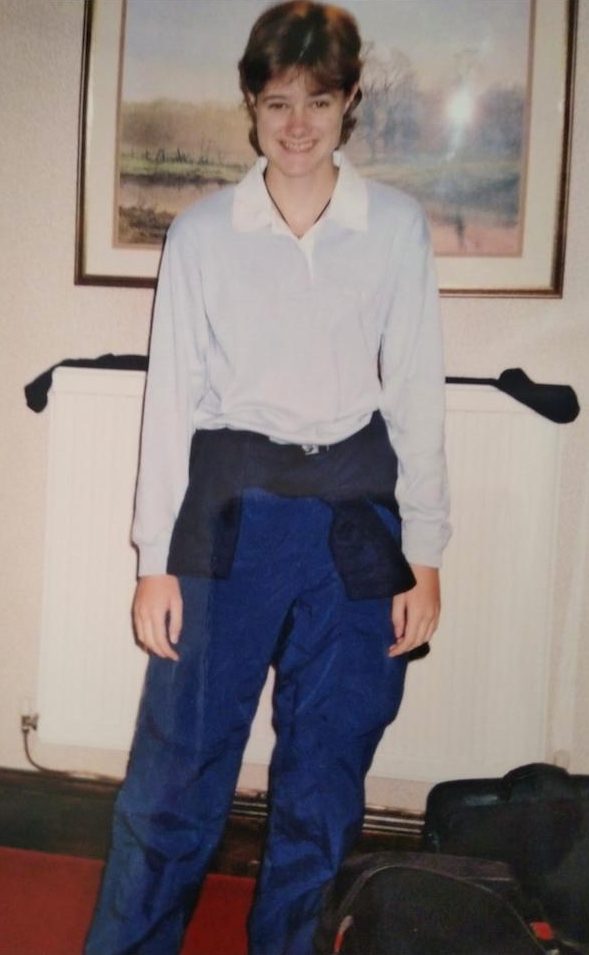 At school, I put pressure on myself to perform well.

It meant I got straight As in my 10 GCSEs and 5 A levels, but I also developed anorexia. I didn’t eat breakfast, threw away the packed lunch mum made, but ate my dinner with family to keep up the pretence. I dropped several dress sizes in a few months, but hid it under baggy clothes.

In 2002 I went to The University of Bristol to study politics and philosophy. The change of scene seemed to put my anorexia on hold and I started eating again. But I still found it hard to cope with uni. One minute I’d be elated with my essay marks, but within seconds that would turn to devastation if a friend achieved a higher grade. I’d be furious with myself for not doing better.

I’d desperately try to please friends so they liked me, but often ended up scaring them away. I was a chameleon, suddenly liking the same bands, foods, movies and clothes as they did. But my friendships rarely lasted. Even the slightest incident would spur me to disown them because I felt they couldn’t be trusted. Once, in my second year, a friend cancelled coming to my flat 20 minutes after she was meant to arrive. I was so angry I never spoke to her again, even when she tried to apologise.

And I never had a boyfriend, as my fear of being abandoned made the thought of loving then losing someone unbearable. Even now, I’ve only ever had one date. I went to the cinema with a boy in sixth form. We didn’t even kiss, but the next day I told him I couldn’t date him again. I was too petrified he’d break my heart.

Despite all these extreme reactions and feelings, I never considered seeing my GP. I figured this was part of adult life and I needed to learn how to cope better. 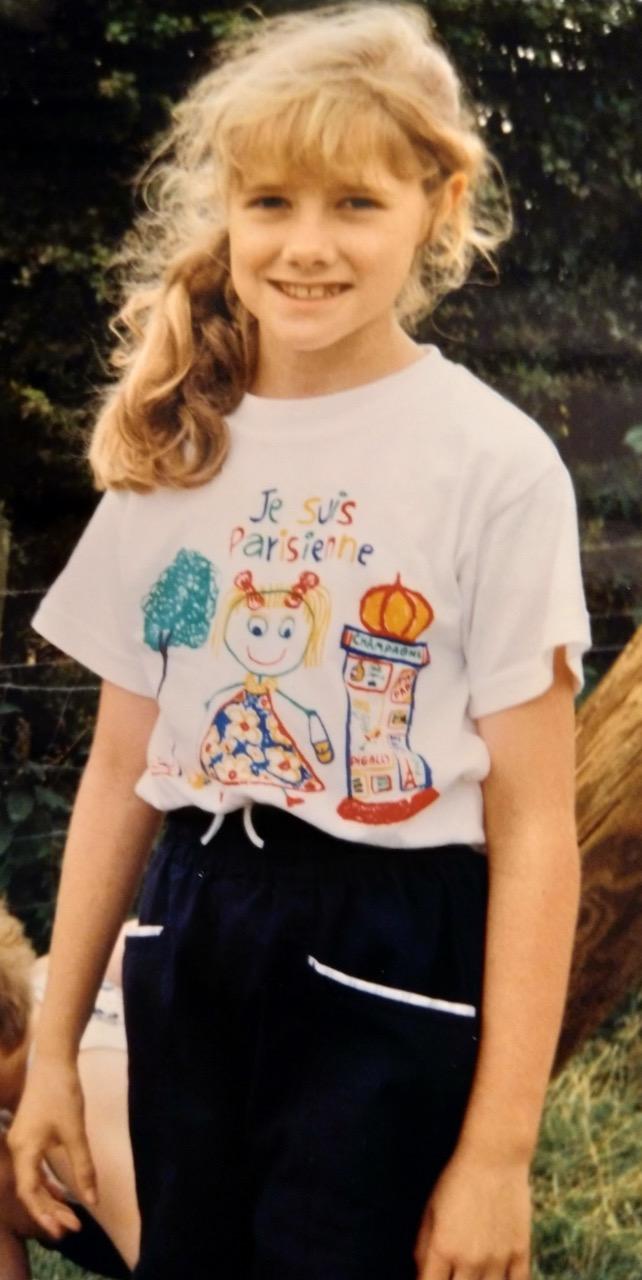 After uni, I started a one-year teaching course, which I found immensely stressful. I’d drive past woods on my way to school each morning, and began to think: “I could end my life there and no one would find me.”

It was enough to make me finally see my doctor, and in June 2007 I was diagnosed with depression and prescribed antidepressants. Thankfully, by then I’d done enough to pass my course and I started my first job as a teacher in a primary school that September.

Of course, I still felt I had to do everything perfectly and ended up working 11-hour days and all weekend. By then I was living on my own in Bristol and my anorexia had returned – I was surviving on a packet of crisps a day. Within a year, I’d lost over 2st. I wasn’t trying to be skinny, I just wanted control of something in my life – and that meant what I put into my mouth.

Colleagues were too scared or polite to say anything and I didn’t have time to see friends or family, so no one else picked up on it. Thankfully, my head teacher was understanding about my outbursts, because I’d explained I suffered from mental health issues when I started the job.

But in March 2009, when I was 25, I collapsed. An ambulance was called and I was treated for severe dehydration and low blood sugar. It was the first my devastated parents knew of my anorexia.

For the next three months I was an in-patient in an eating disorder clinic. But while I managed to get on top of my eating problems, I still suffered from extreme emotions. 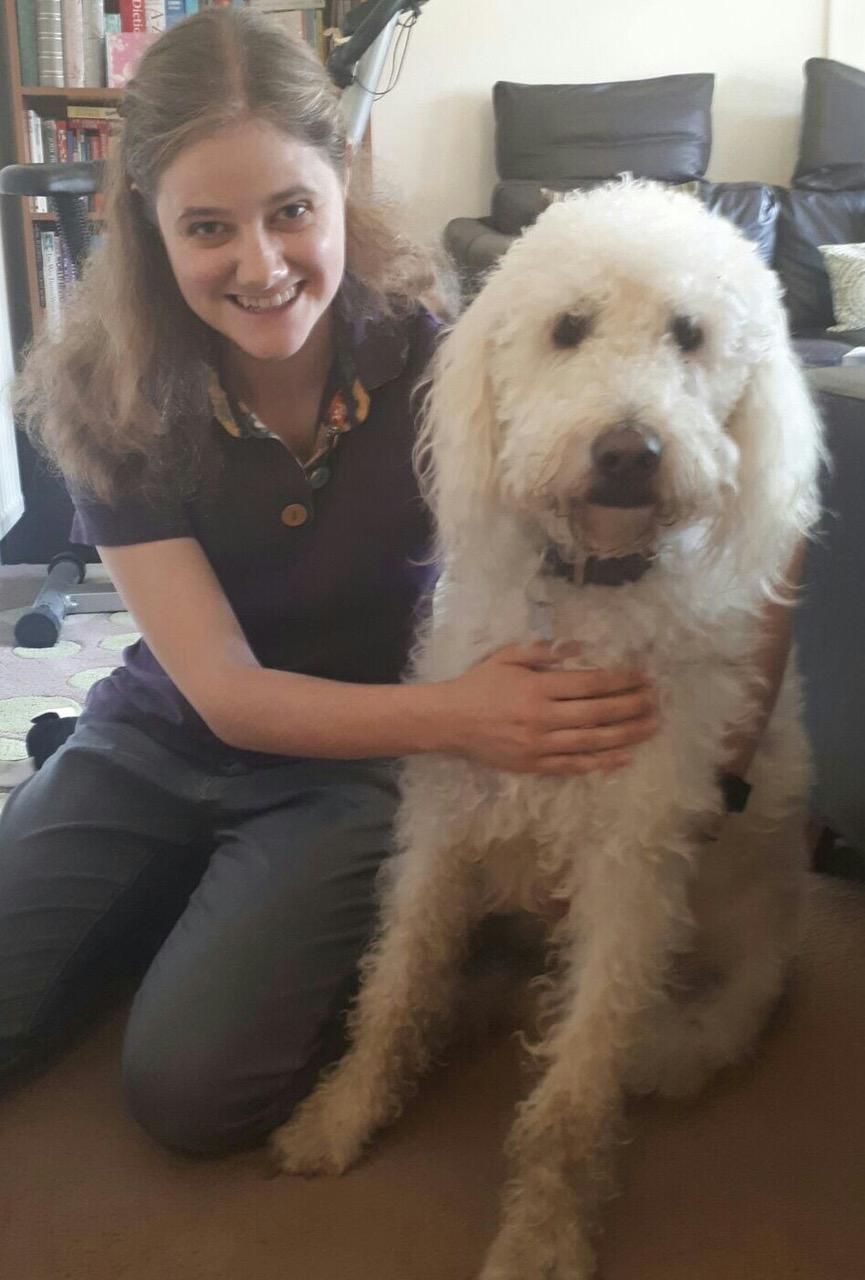 I’d feel crushed if someone didn’t agree with me and minor irritations would turn to rage. I’d scream at the Sainsbury’s self-checkout, and let rip in Boots when they couldn’t print my photos.

In 2010, I was referred to a psychiatrist, but it took another year before the link was made to EUPD. He asked me to read a book about it and it was like reading my diary.

That day I left with an official diagnosis and prescription to help stabilise my moods. It felt like such a huge relief – my problems weren’t just me being unable to cope. I realised it made me more susceptible to anorexia: I was seeking control over my overwhelming emotions.

When I told my family and friends, they felt bad they hadn’t realised anything was amiss, but I’d hidden it well. The more they learned about my condition, the more they understood me.

Understanding and medicating my symptoms didn’t always ease them and I still had outbursts of anger, but at least I could finally explain why.

After six years of struggling to live with EUPD, in June 2017 my GP sent me to a specialist clinic. Living there for nine months, with 13 other patients and regular therapy, made me face the fact that my extreme anger really p**sed people off. I learned that I need to let my feelings peak before rushing to react to them, which has really helped.

My condition means I’m now unable to work and I live alone in a flat with my dog Maisie. But I feel much more positive. I’ve also started writing a blog about my condition, which is hugely therapeutic.

When people discover I have EUPD, they’ve either never heard of it or get scared, as the phrase “personality disorder” is usually only heard in relation to murderers. Thankfully, though, I have good friends who have stuck by me throughout my treatment.

One day I’d love to help others like me. But my ultimate aim is to settle down as I would like to have a family of my own. While I’m not quite ready to start dating, I know I want to find someone who appreciates the positives of my condition. I can feel happiness so intensely and also experience real joy from interactions with people that others might take for granted, such as chats with fellow dog-walkers in the park. Plus, my sensitivity to emotions also makes me empathetic towards others.

But above all, EUPD has made me strong. I’ve learned I can fight setbacks and survive the turmoil plaguing my mind. I’ll always keep fighting.