Rock music fans have emerged from the digital underground in Nigeria. 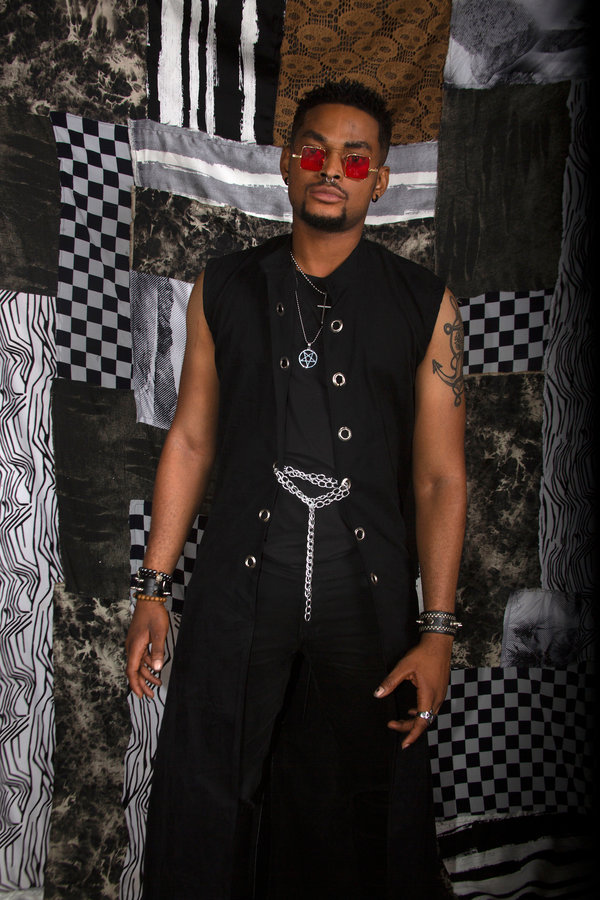 LAGOS, Nigeria — Rock music is often produced and enjoyed under the pressure of social constraints, and the restrictive culture of post-dictatorial Nigeria made for a perfect cooker. In the 1990s and 2000s, teenagers who rejected the country’s politics of restraint in dress, physical appearance and behavior embraced American punk and metal imports.

Footage of Western concertgoers dancing in defiance of any discernible rhythm, alone in a throng of bodies, moving with careless abandon to music, presented a possible escape.

Many of these young Nigerians first encountered bands beloved by early 2000s emo kids — Linkin Park, Evanescence, Paramore, Fall Out Boy — online and, through the exchange of music, formed a digital community. They called themselves “Gothics,” shorthand for a composite of binding beliefs and aesthetics from different rock subgenres, including dark clothing, severe makeup and an obsession with death.

“The scene’s true beginnings are the MySpace groups from the early 2000s,” said Cheyi Okoaye, 30, who runs the music website Audio Inferno. “MySpace used to let you create and save these playlists, and many of us would sleep over in cyber cafes just to discover new bands.”

In the last decade, Nigeria’s Gothics have taken their act offline. Each year they congregate at Rocktoberfest, the only festival in Nigeria dedicated to rock and alternative music. It has become a crucial meeting place for members of the country’s underground rock community.

“I’m grounded,” said Kaego Odiah, a 19-year-old student at the University of Lagos who had come to Freedom Park in Lagos for the festival. “I snuck out of the house because I had to be here.”

Rocktoberfest presents a rare opportunity for fans to dress un-self-consciously in their gothic uniform of funereal black. At the smaller but more frequent sing-off parties held in karaoke bars around the city, for example, many Gothics come straight from their day jobs, still in dress shirts and ties, and try to avoid meeting anyone they know from their lives outside the community.

“We want to take rock music mainstream. That’s why we have the festival,” said Lekan Dada, 30, the co-founder of RockNation Nigeria, which produces the festival and promotes rock bands. “Radio stations are reluctant to play rock music. Nigerian cable stations dedicate one hour a week to rock. If we are going to make this mainstream, we need to create our own ecosystem.”

Music has long underpinned Nigerian oral histories, worship songs, state ceremonies and other speech acts. But these traditional songs encourage the expression of joy and hope, and rarely fear, doubt or despair. In rock music, young Nigerians found their range of emotions reflected: Anger, loneliness, grief and insecurity could exist alongside rapture.

Some Nigerians have made spreading the gospel of rock music their life’s work. The influx of American rock inspired Nigerian bands with similar sounds, including the Isomers, an alternative rock band reminiscent of Kings of Leon; 1 Last Autograph, whose metalcore sound harks back to Avenged Sevenfold; and Mimido, whose music has Christian rock influences.

Meeting up in person has helped Gothics assimilate without diluting their dark style. Henry Uche, who calls himself a vampire and prefers the name GothicHenri, dresses in all black and ties his looks together with chains, studs and a pentagram necklace. He believes that by incorporating a few gothic visual elements into outfits, he and his fellow fans are better able to telegraph a shared love of rock.

“In the future, I can see festivals where people who identify with the different subcultures can connect while listening to good music, especially because our country isn’t alternative-friendly,” he said.

While the crowds at Nigerian rock shows are mostly female, few women have become community leaders. The alternative singer Bianca Adanna Okorocha, 29, who performs as Clay, is one exception. She considers her perseverance an achievement.

“I’m still here when most of the people I got into the scene with have fallen away to assimilate into ‘real life,’” she said.

But more notable is her ability to fuse rock music with Afropop, the predominant contemporary sound in Lagos, and the success she has had in doing so. When Ms. Okorocha performs, she is magnetic, coaxing the bodies in her thrall to give in to their baser selves. She was one of the eight acts that headlined Rocktoberfest, along with the aforementioned Mimido.

As the night neared its end, some wiped their faces clean of face paint, stuffed their torn tees and jewelry into backpacks and handbags, and headed home. The gothic purists, on the other hand, scattered and swarmed karaoke bars to scream along to death metal and throw back drinks, without a care for how they may appear to onlookers.

“I don’t know exactly what it means to be goth,” Yasmin Mbadiwe, 23, said. “Only that other people say I am.”

Jan Hoek is an artist and writer in Amsterdam. Stephen Tayo is a photographer in Lagos. Edwin Okolo is a writer and editor in Lagos.