Fashion forward! Geri Halliwell, also known as Ginger Spice, revealed that she was the brains behind her iconic Union Jack dress from the ‘90s.

“When that tea towel was stitched to that little black Gucci dress, I had no idea the reaction that was going to come,” Halliwell, 47, told Vogue in an interview published on Thursday, March 19, about the memorable Spice Girls frock.

After the release of the Spice Girls first album in 1996, the girl group — made up of Ginger Spice (Halliwell), Sporty Spice (Mel C. or Melanie Chisholm), Scary Spice (Mel B. or Melanie Brown), Baby Spice (Emma Bunton) and Posh Spice (Victoria Beckham) — was on the rise and set to perform at the Brit Awards in 1997.

Halliwell recalled that her perfect performance dress — which ended up being the stylish and sexy Union Jack frock — began with a chic Gucci black dress.

“I remember this little black Gucci dress got presented to me. It was almost like a 1950s, Marilyn-shape swimming costume,” she said of the design from Tom Ford, who was working with Gucci at the time. The dress however, didn’t make enough of a statement for the singer, who remembered thinking, “It’s the Brits—British flag!” 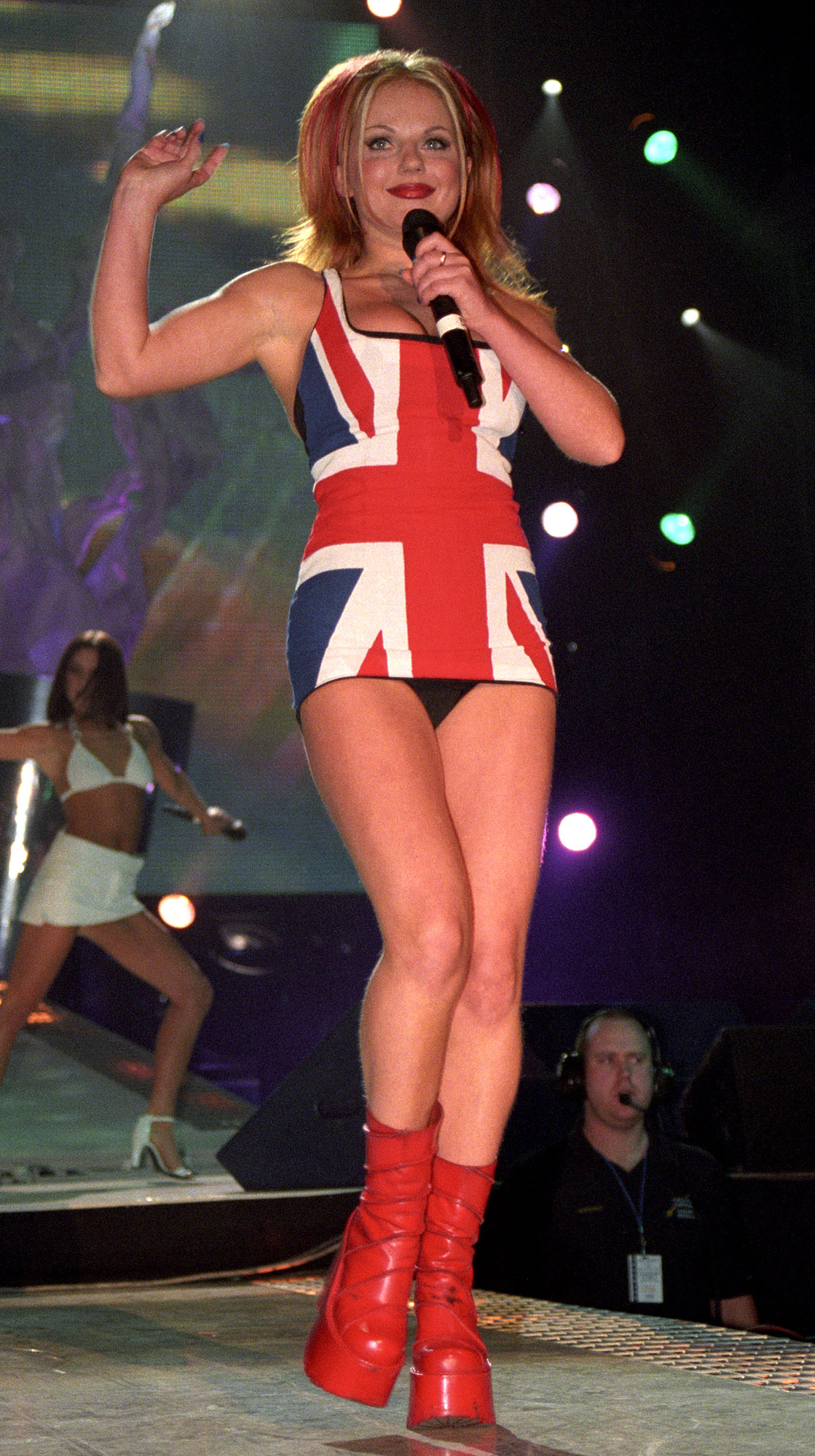 After admitting that “you’re not meant to cut up a flag,” Halliwell decided to use a Union Jack tea towel over the Gucci dress to make a show-stopping ensemble.

Halliwell’s sister, Natalie Halliwell, sewed the tea towel onto the dress before Geri added a giant peace sign on the back to “celebrate all cultures.”

The mother of two is also responsible for the red go-go boots that she donned when performing at the awards show that year.

“My father’s a mechanic, and I had car spray from the garage and sprayed it red to match,” she explained. “The length of the dress is the sexuality, and the big bobber boots are saying, ‘You’re not going to mess with me, either.’”

Geri noted that she’s “always been a secret fashion designer,” but she never could’ve guessed how the look would be received. 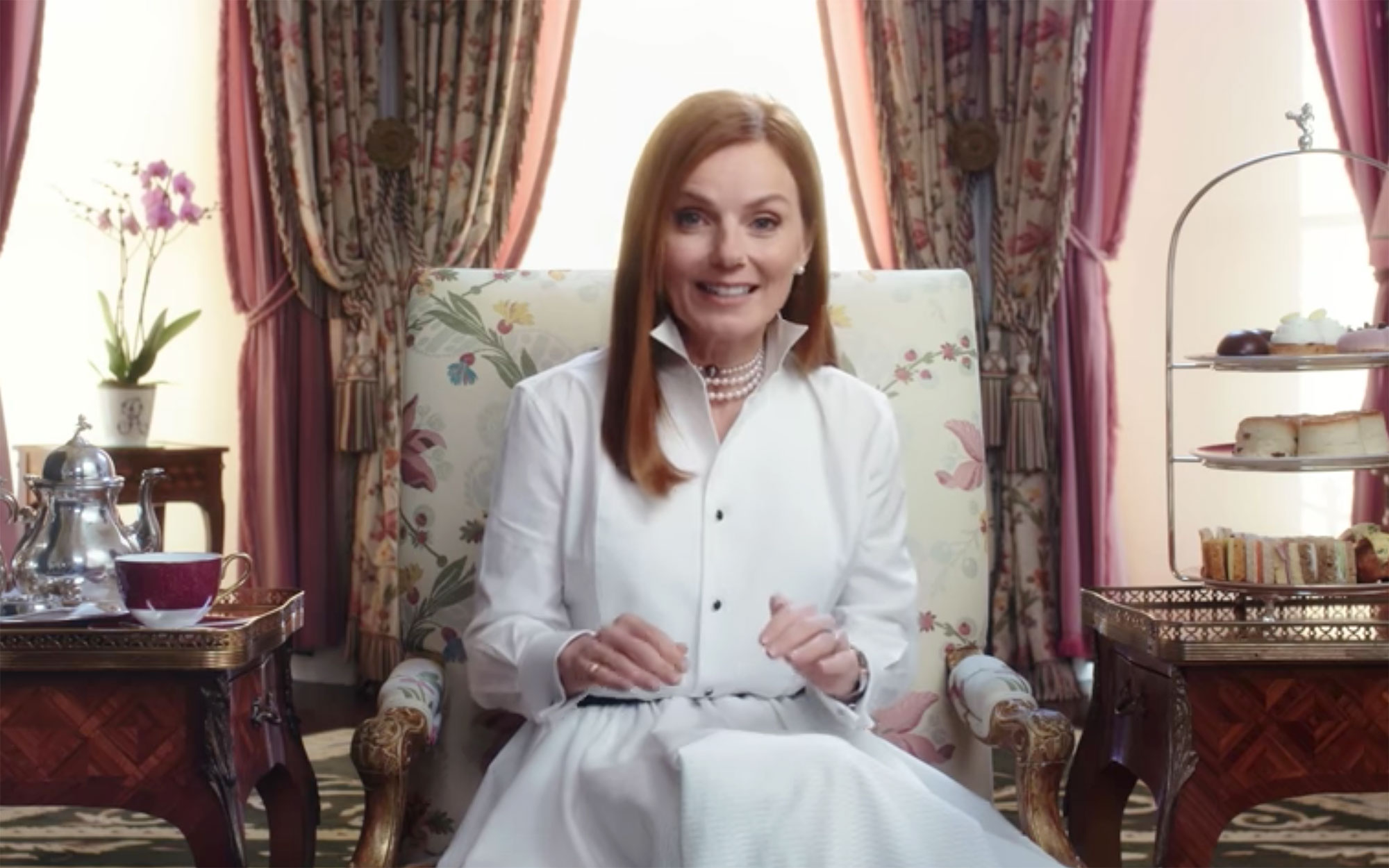 “I woke up the next morning, and that picture of me in the dress was on the front page of every newspaper,” she recalled. “That dress really became the identity of what girl power stood for.”

Geri added: “People would wear their own version of it. Suddenly you started seeing the British flag on a lot of fashion. It came back to that thing of being proud of who we are.”