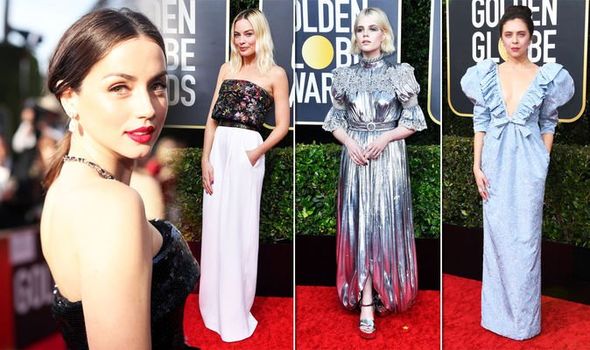 To the Golden Globes 2020 Margot Robbie, 29, wore a relatively casual look, showing off her summery good looks in a strapless dress with an embellished top and white skirt. Ana De Armas, 31, Blade Runner and Knives Out star, had a true Hollywood moment in a midnight blue sequin ballgown and a sapphire necklace.

Julia Butters, who is only 10 and yet has been acclaimed for her role as Trudi Fraser in Quentin Tarantino’s Once Upon a Time in Hollywood, wore a stunning tulle gown, decorated with flowers and a large, black velvet bow.

It was nude, and featured a cape detail. Julia carried a black bag with an ornate handle covered with pearls.

Bel Powley, 27, scored fashion points with a stunning baby blue gown, with leg of mutton sleeves and a deep-v front.

She wore the quirky choice with a berry stain lip and pink eye shadow, leaving the focus on the gorgeous dress.

Cher Coulter, Bel’s stylist, told British Vogue: “I think we are both drawn to interesting clothes that have personality, which seem to have been led by prints, textures and fabrics.

“Bel is a modern girl on the red carpet because she wears what she truly is drawn to rather than what she thinks she should be seen to be wearing.”

Karen Pittman, 34, also turned heads in a gorgeous feathered gown, with ombre rising from orange to flamingo to pale pink.

The A-line, sleeveless gown was accessories with a simple updo, statement earrings and a cocktail ring, leaving Karen’s dress and stunning skin to shine. 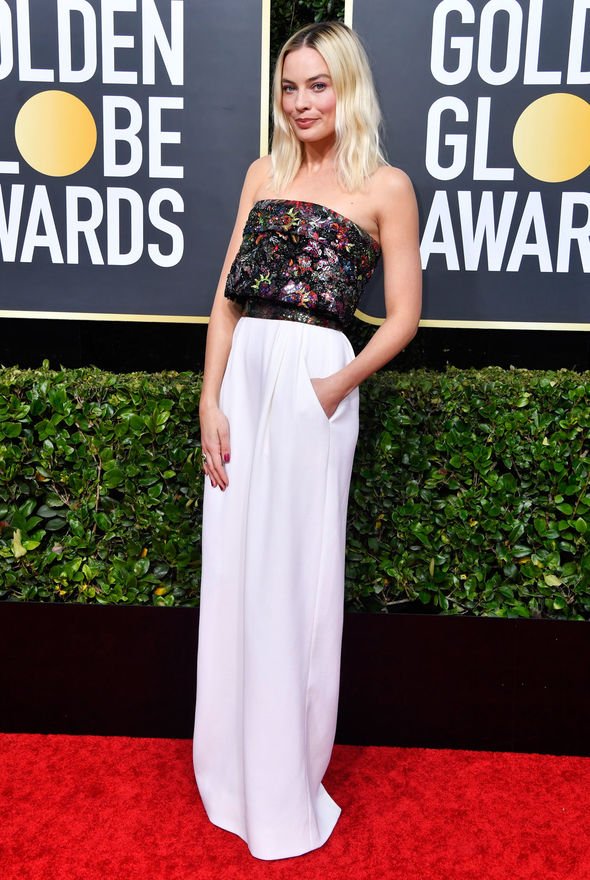 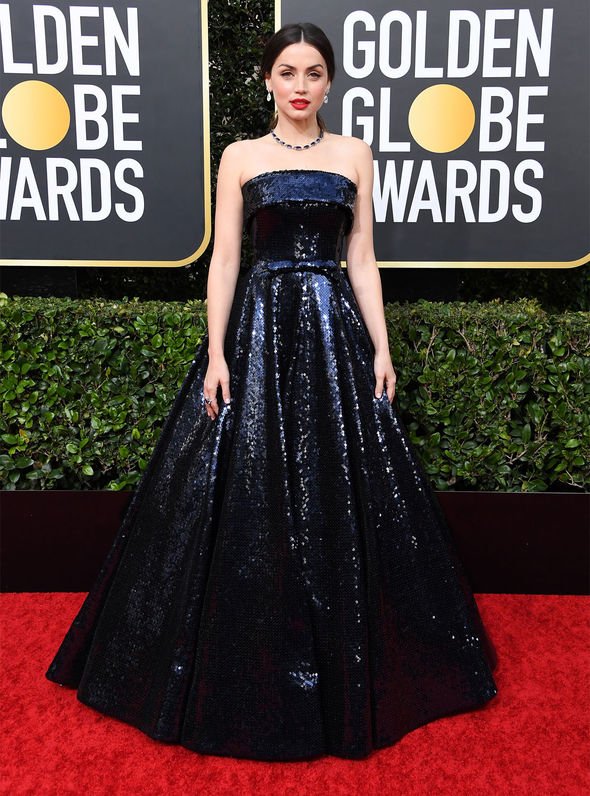 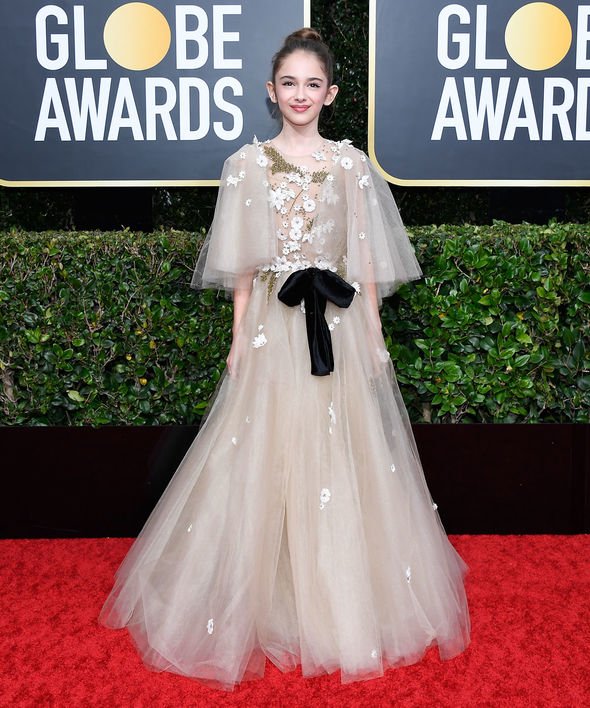 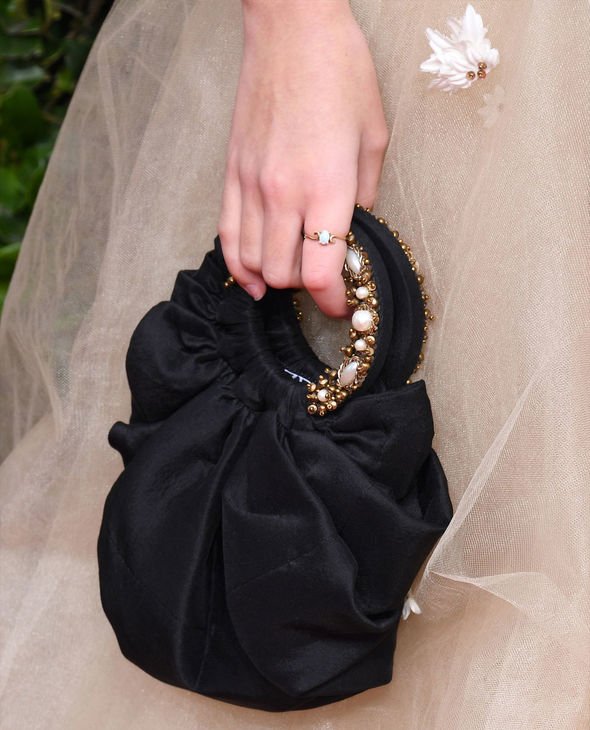 Dakota Fanning continued to up the ante when it came to shoulder volume.

The 25-year-old wore a lilac gown with a pretty sweetheart neckline, large puffball sleeves and woven detail on under the bust and on the shoulders. The medieval-inspired gown was paired with a diamond floral necklace and the star wore her flaxen hair down, in a simple middle parting.

Kirsten Dunst, 37, also opted for pink, in a Rodarte column gown with frills at the sleeves, neck and as a peplum detail.

Gillian Anderson, 51, stunned in a low-key fitted white dress, which a cape detail over one shoulder and a bejewelled chain hanging down her low back. 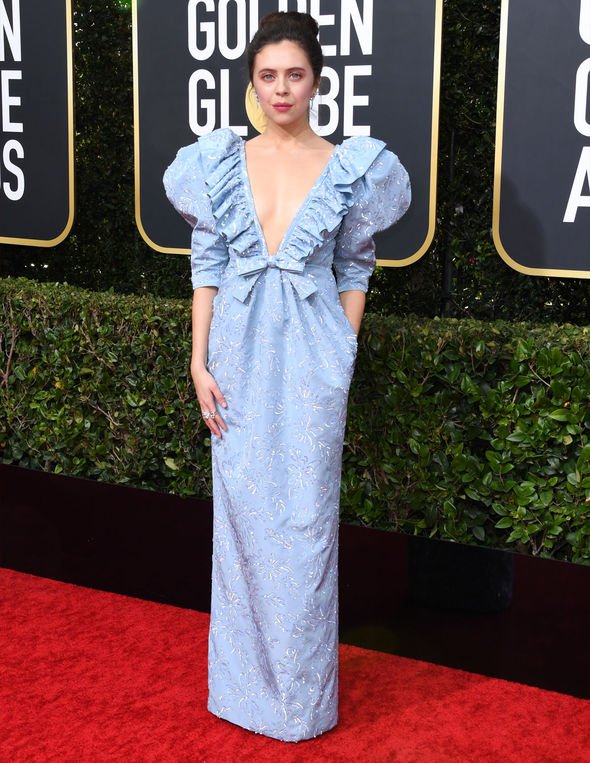 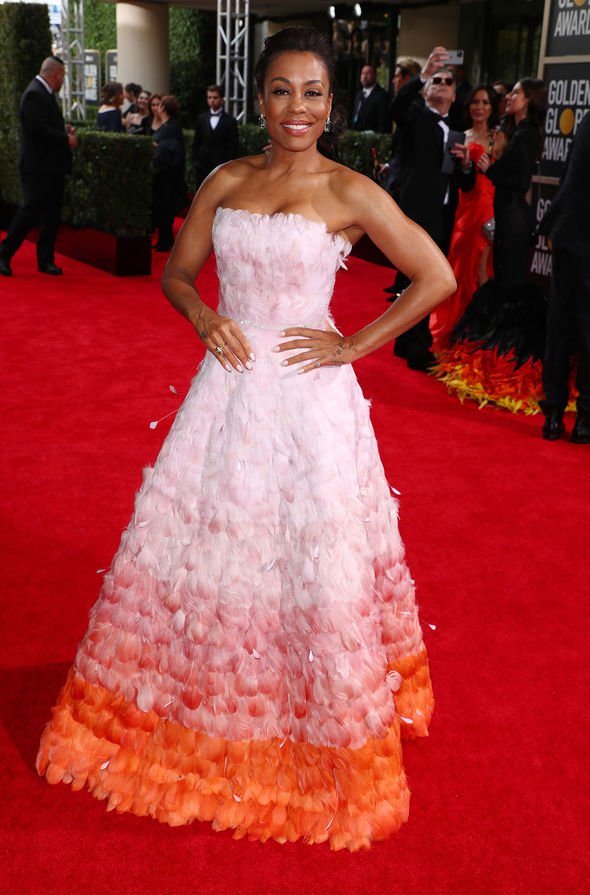 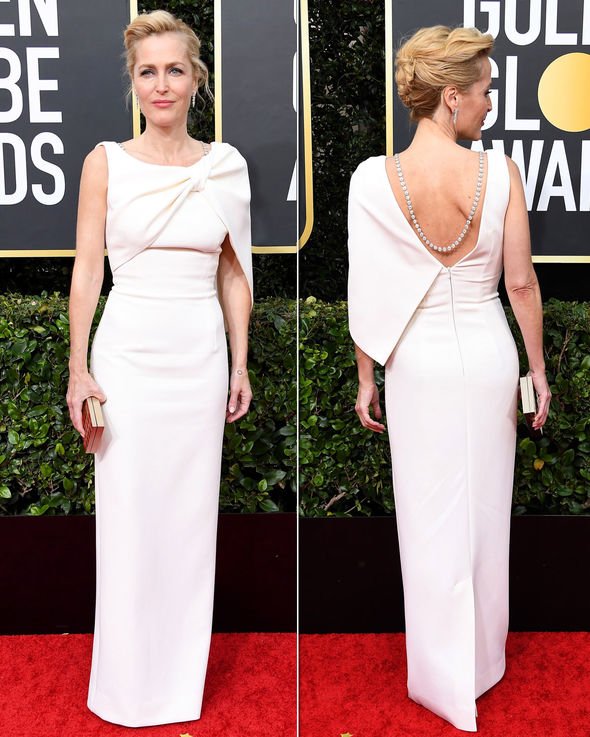 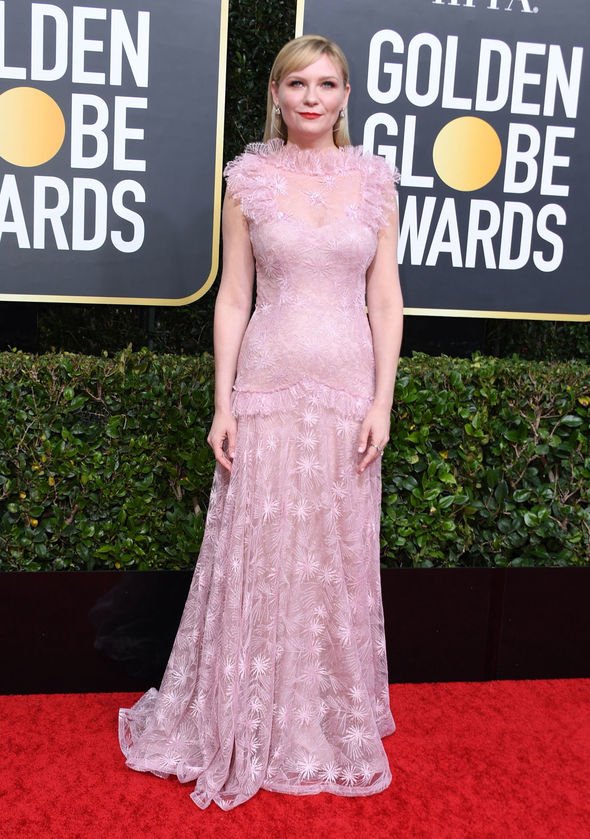 The Golden Globes 2020 is taking place at the Beverly Hilton Hotel, in Beverly Hills, California.

It is the 77th Annual Golden Globe Awards.

Which films have been nominated for the prestigious awards tonight?

The Best Motion Picture for Drama Award could go to either 1917, The Irishman, Joker, Marriage Story or The Two Popes.