GETTING your hair done is supposed to feel relaxing, but for one TikTok user her experience couldn't have been more different.

Instead of leaving the salon with glossy, smooth, mesmerising hair, this girl's hair was left in even worse condition then she went in with. 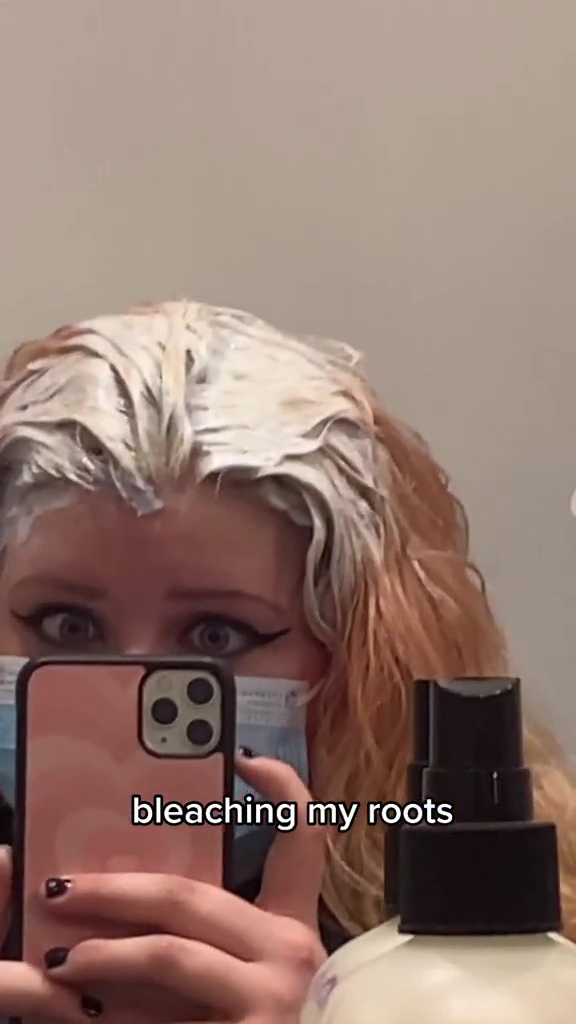 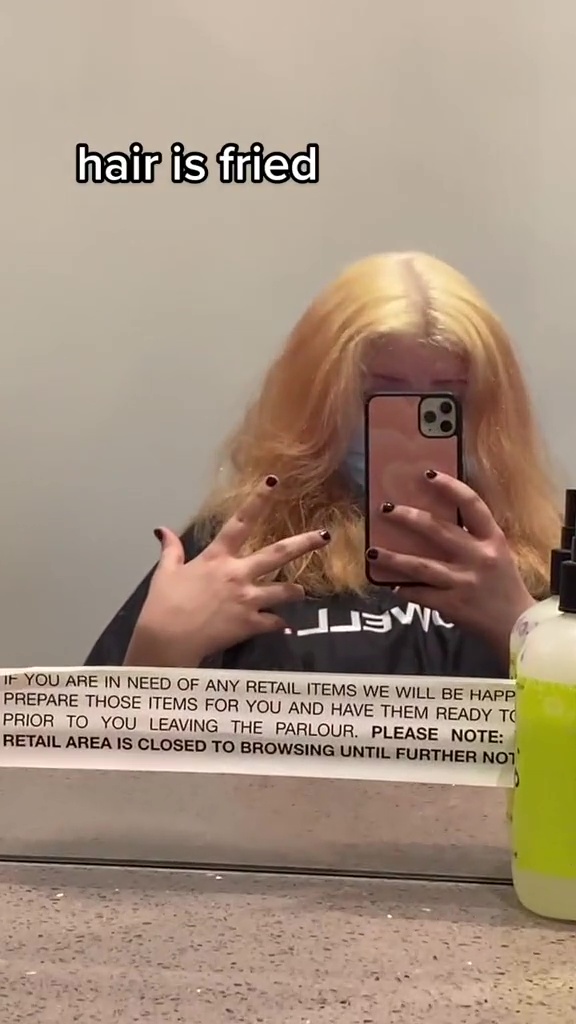 TikTok user yourhotmomsgf revealed the bleach damage from her hair appointment in a video she shared online.

She had gone into the appointment wanting to get her roots touched up and then dye her hair a light pink/coral colour.

the video starts with her sitting in the hairdresser chair, patiently waiting for her transformation, writing: "Watch me go get my hair done but it gets progressively worse every second."

To start with she gets her roots bleached as they're quite a bit darker than the rest of her hair, in the video, she already looks concerned.

Once dried, you can see the extent of the damage.

She writes: "Hair is fried." and you can see the condition of her hair isn't in the best state.

In the comments, she goes on to explain that the hairdresser stopped half way through doing her roots and didn't check on them for a good 15 minutes as she was on her phone.

the hairdresser then moves on to dying her hair and she uses a bright pink hair dye whilst the girl looks concerned into the camera.

As she waits for the hair dye to develop she notices that a lot of the dye is all over her face and neck.

When the colour does develop and she goes to the sink to wash it out, it doesn't look anything like what she asked for.

She went into the salon asking for light pink/coral hair and the colour on her head is a bold fuchsia.

She writes "This is the colour after the dye was washed out, too pink."

The salon said they would be able to tone it down so it was a lighter pink, but it ended up not stripping any of the colour and made her hair bright purple.

When she steps out of the salon into natural light, she says she has three different colours in her hair.

At the end of the video she shows the photo of the hair she wanted and that she showed to the hairdresser. which looks nothing like what she had done.

Lot's of viewers actually though her hair looked really nice, but after seeing the photo of what she wanted, agree the salon didn't quite get it right.

One user commented: "I though it wasn't horrible, UNTIL YOU SHOWED WHAT YOU WANTED. HOW DID THEY EVEN?"

Another user added: "Stylists should just stop and say "No, I can't do this for you. Here are some recommendations." Instead of going ahead and messing with your hair."

A third user wrote: "I just wanna know why they would put you under heat when your hair was ALREADY FRIED?"

Luckily, the salon did offer to fix her hair and she now has the candy floss pink hair of her dreams. 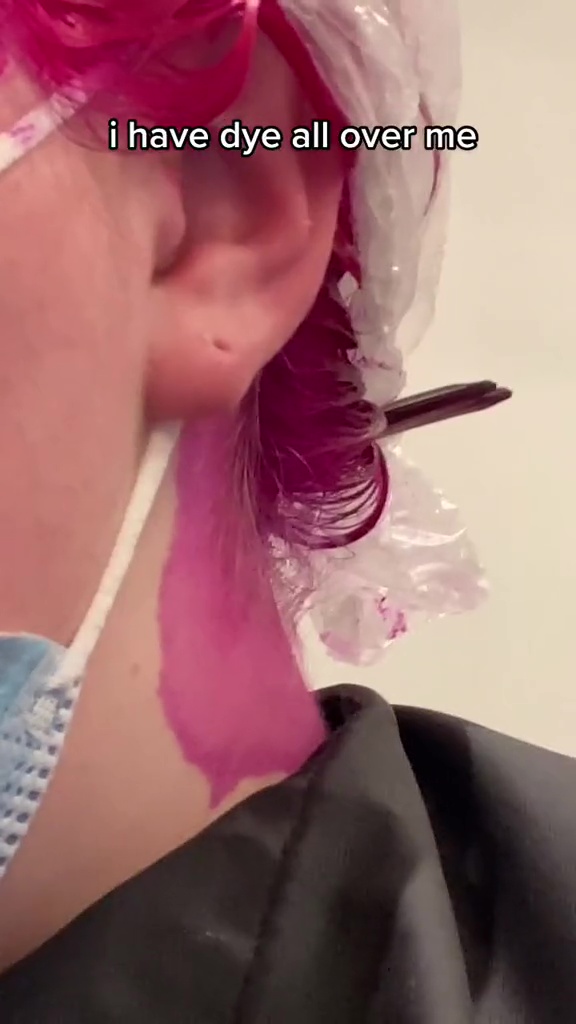 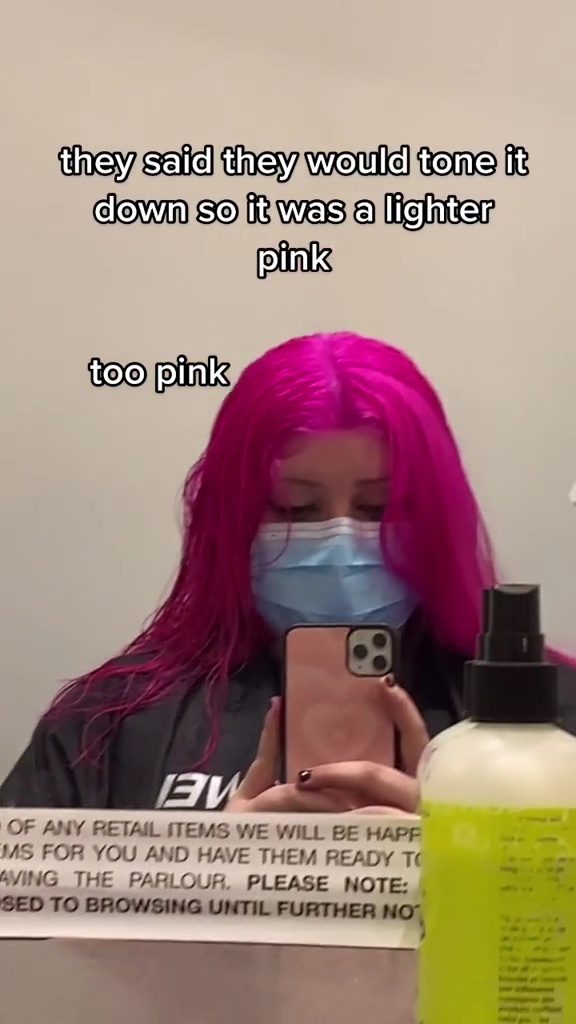 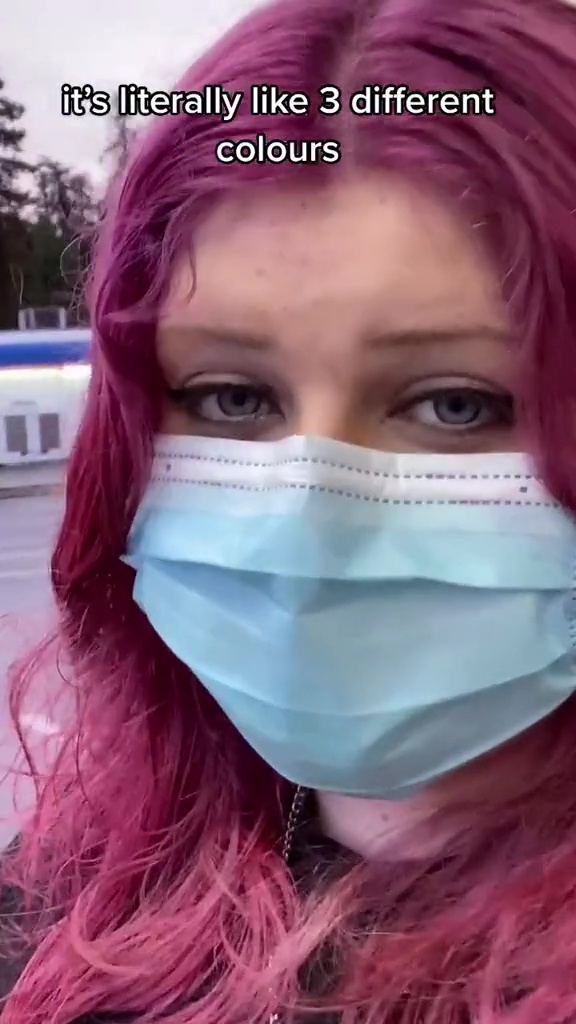 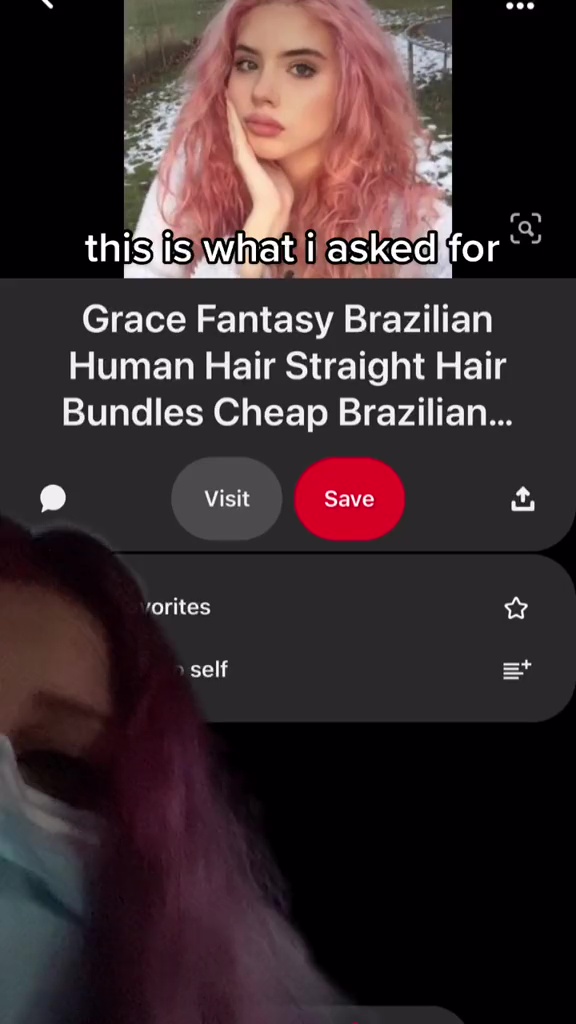 Meanwhile Grandma bleachers granddaughter's hair because she didn't like the colour.

And this woman shares her clever heat-free hair straightening hack.